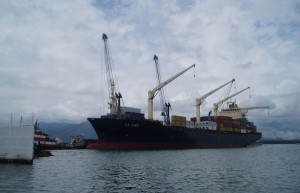 Growing up as a kid, I liked geography and I dreamed of visiting many countries. I believe the journey of my sailing life, in a sense, is not a coincidence but is related to my childhood dream; ‘Traveling’ is in my blood. Why do I dream about it? Truly, I would have a hard time answering, but if I have had to answer; I would say “It’s just me”. There are so many countries in the world that I cannot keep up with all the names. Even though I stop counting the number of countries that I have visited, I won’t stop traveling because it’s just me. 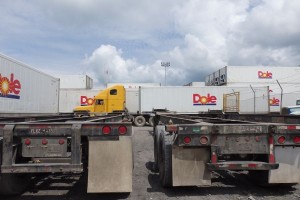 Sailing in the Caribbean Sea without knowing much about the history of Guatemala, I realized Guatemala is fortunate to touch the Caribbean Sea. In this corner of the Caribbean, there is a busy port called ‘Puerto Barrios’. This port is located in the Gulf of Honduras where the Gulf Stream gets some of its water. Seeing all the big boat traffic arriving and departing from this port, I asked myself why there are so many ships in this area. Looking at a map, I concluded that this port is an alternative option for transporting containers and goods from the Pacific Ocean to the Atlantic Ocean or vice versa. It acts a sort of link between two oceans. On land, trucks bring the containers from one side to the next. Without crossing the expensive Panama Canal, goods can be transported between Latin American countries and east coast of the USA, and Asian countries or vice versa.

Last year, there was news about a Chinese company building a US$50 Billion interoceanic canal through Nicaragua. However, this project has been postponed. It doesn’t look like it is going to happen any time soon. For right now, the expanded Panama Canal works well; however, Puerto Barrios in Guatemala also links two oceans acting as a dry canal port. It is said that dry canals can be built quickly and cheaply as opposed to the cost of construction of a transoceanic canal. Even though building a double track rail and highway needs lots of money, by looking at the Puerto Barrios and its geographical location, I see the future looks bright. 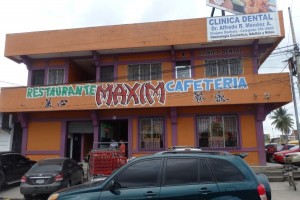 Must be a Chinese Restaurant in Town, Port Barrios in Guatemala

When we sail, we leave our AIS (Automatic Identification System: an automatic tracking system used on ships) on. It lets us monitor other ships within a 20 mile radius. It displays those ships with AIS where they are; how big they are, how fast they are moving, and their destination. One day, I saw a ‘Chiquita Express’ container ship on our AIS. In America, I used to purchase bananas with either Chiquita or Dole stickers. It is amazing how many bananas must be departing from this port. It said on the AIS that the ‘Chiquita Express’ container ship was about 212 meters long (700 feet) and 30 meters wide (98 feet) with 10.6 meters draft (minimum required water depth to float, 35 feet). Sometimes, more than one Chiquita ships leave this port. That’s lots of bananas to yum or munch… 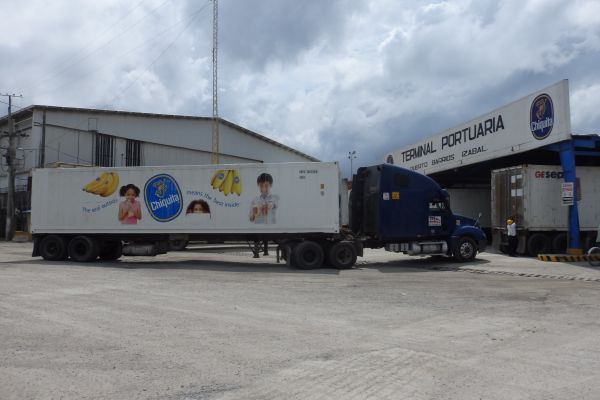 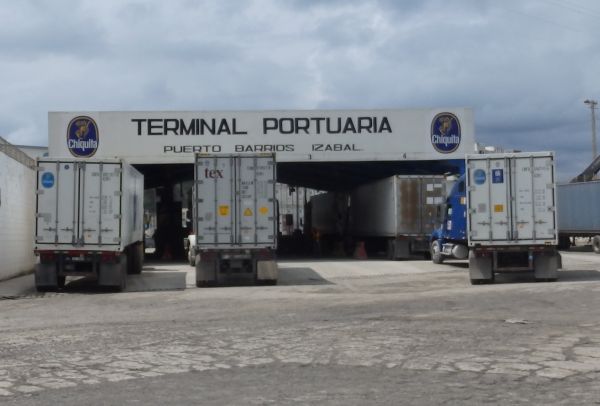 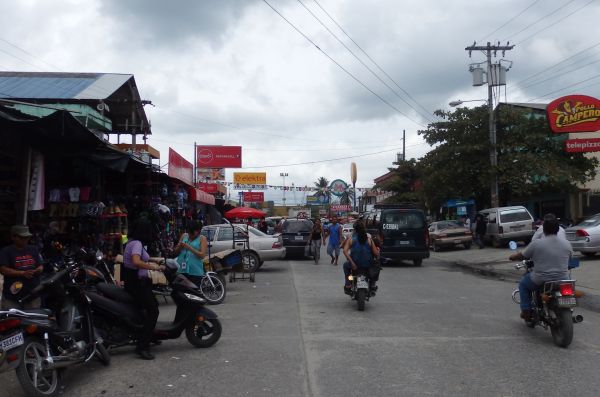 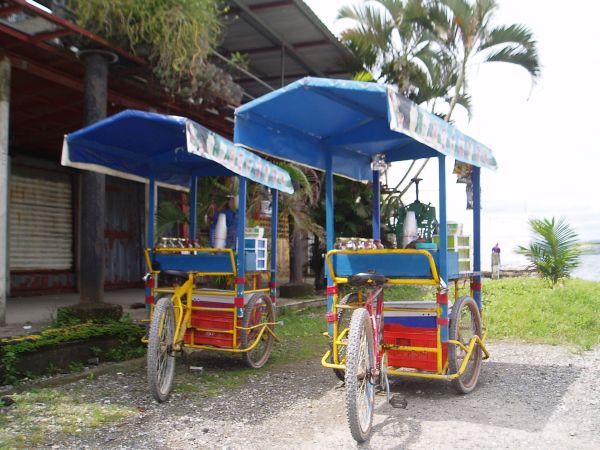