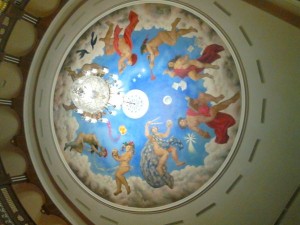 Cartagena is a place to enjoy food, music, shopping, architecture, history, and lots of walking. We stayed here for three days and two nights.

Our bus ride from Santa Marta to Cartagena was long (5.5 hours) but the A/C in the bus was great. On the way, the bus driver stopped to pick up a snack sales person. The first vendor sold ‘Airy Puffed Cheese Tasty Balls’. It has a distinct cheese smell. I liked the ‘Airy’ part. It looks big but actually it is almost like eating air. Good diet food! Along the way, there are many road vendors looking to be picked up by a bus driver. Later, the driver picked up an ‘Empanada and Drink Sales’ person. The deal seems like the driver and attendant get free fresh food and drink by letting them on the bus to sell to the passengers. Don’t tell this to the airlines, they might try the same thing! 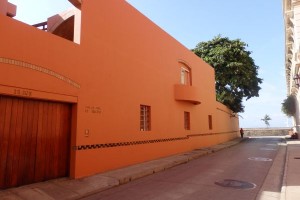 There are many different buses. We took a big bus from the terminal because a big bus has toilet facilities and comfortable seats. Going to a terminal costs a big of extra time and taxi ride though. Upon arriving in the old city Cartagena, we started our get-away by having local lunch special (Almuerzo del Dia). ‘Lunch Special’ typically comes with a bowl of soup, rice, a choice of meat or fish, small salad, plantain or beans, and a glass of juice. The whole lunch special usually costs $2 to $5 depending on location. There are lots of fancy restaurants in Cartagena. It was my birthday weekend. For celebration, I picked ‘La Cevicheria’ restaurant. My choice of ‘Tropical Seafood Paella’ was excellent even though my first choice was ‘Black Squid Ink Rice’. The minimum order of this dish is for two people. John had an issue with eating ‘Black Squid Ink’. 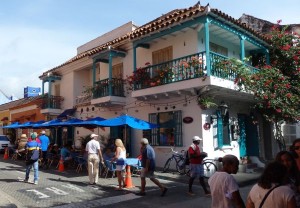 Strolling in the old town of Cartagena is like being a city in Italy or Spain. During our stay, there was the second annual Cartagena International Guitar Festival. On the first night, we enjoyed the outdoor performance by the Cathedral. The second night, we went to see another performance at a theater (Teatro Heredia Adolfo Mejia). There were many guitarists from different countries. John liked the performances of a US guitarist ‘Nili Brosh’ who had once played with Iron Maiden, and also a Rastafarian looking Colombian guitarist, Ludwing Watts who played the guitar behind his head! My favorite was the ‘Junior Orchestra of Guitarists from Cali’. They were so enthusiastic with their performance so I was deeply touched by their performance.

Second International Guitar Festival Sign on the Wall of the Cathedral

Two things we missed in Cartagena, were the ‘Horse Carriage Ride’ and visiting ‘Havana Club’. The horse carriages come to the city just before Sunset. Riding a horse carriage in an old city, could have been brought me feeling of nobleness, wealth, and fame. A horse carriage ride was one of our plans but we decided to enjoy the guitar performance instead. Havana Club doesn’t start rocking until after 11pm and by then we were back in the hotel, exhausted from our day. 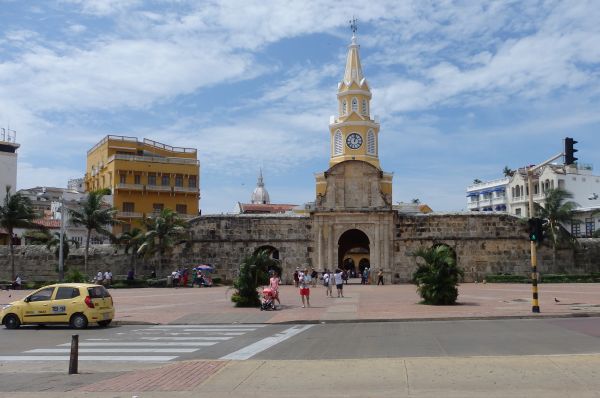 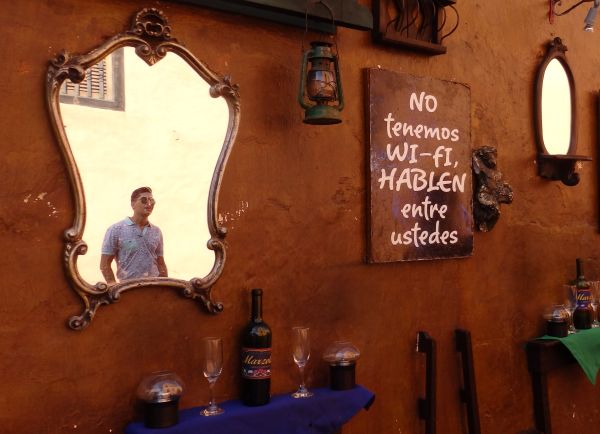 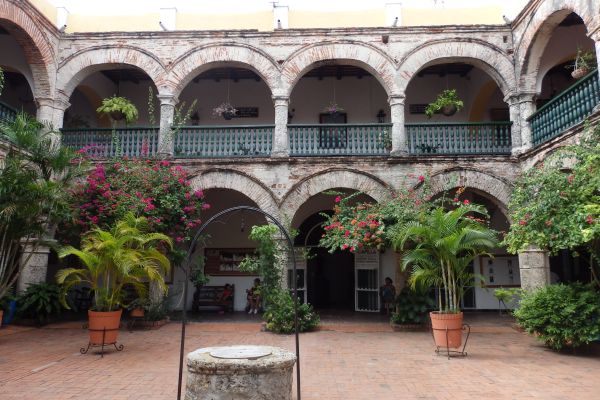 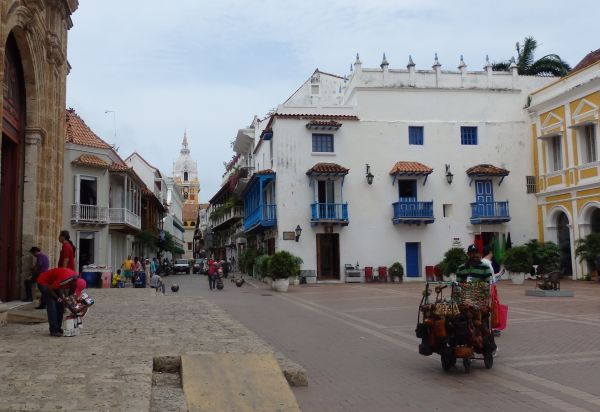 Souvenir Vendors in the Plaza 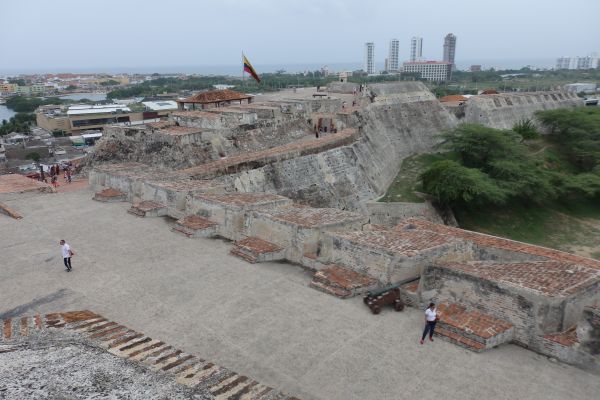 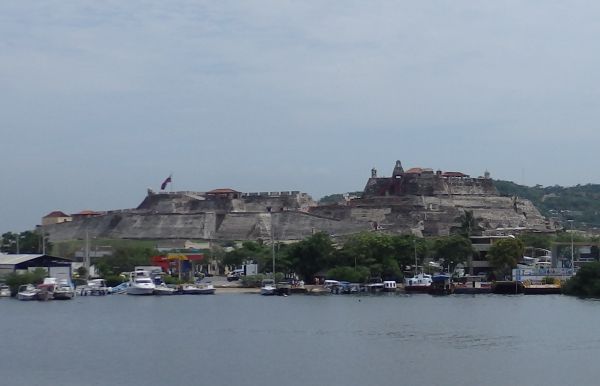 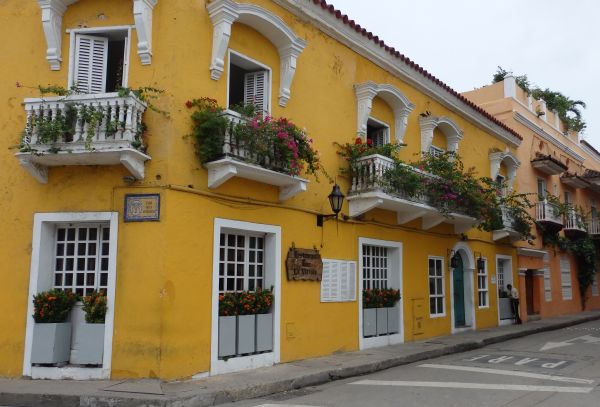 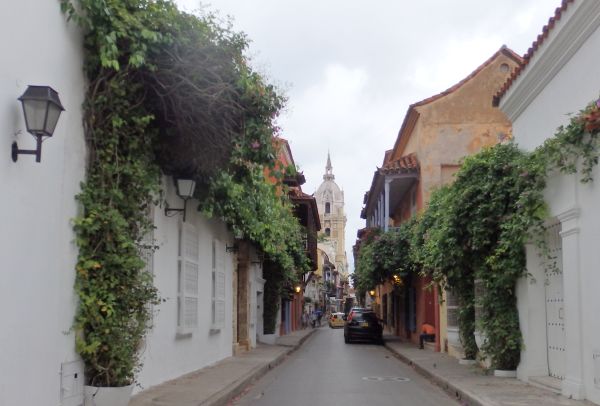 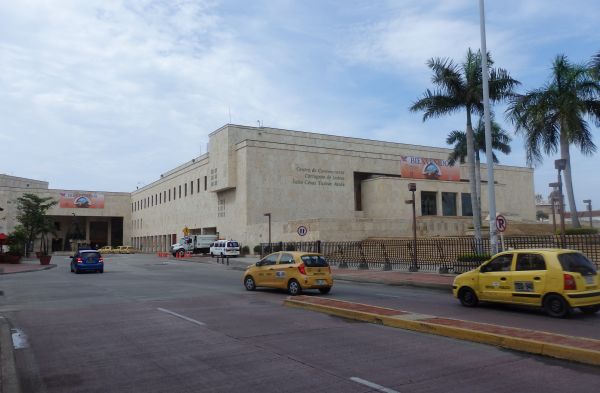 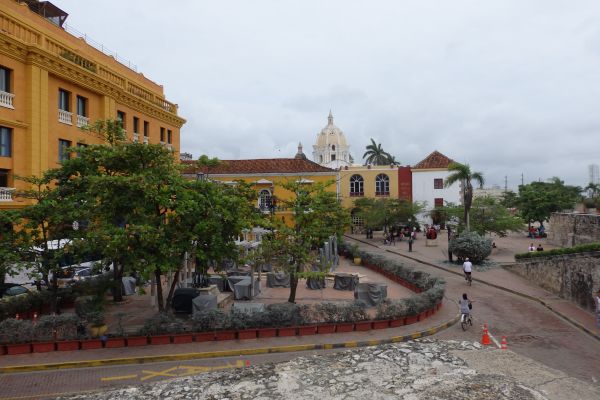 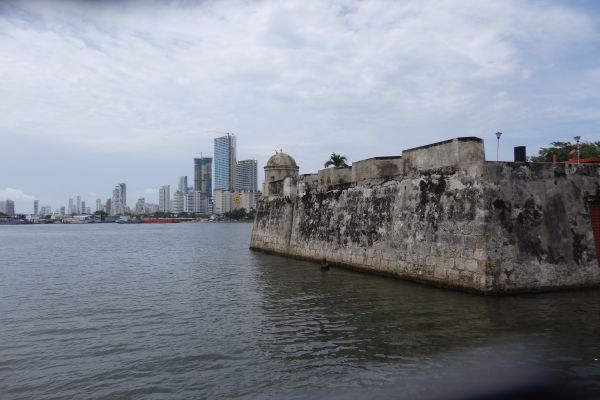 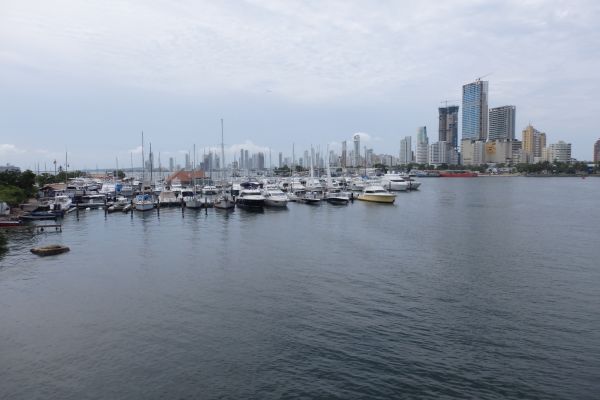 One of Marinas in Cartagena 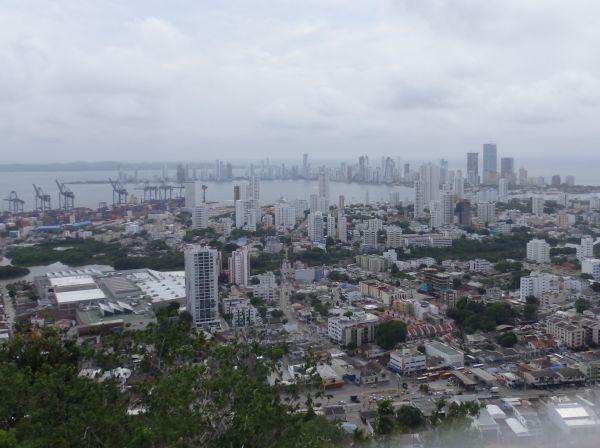 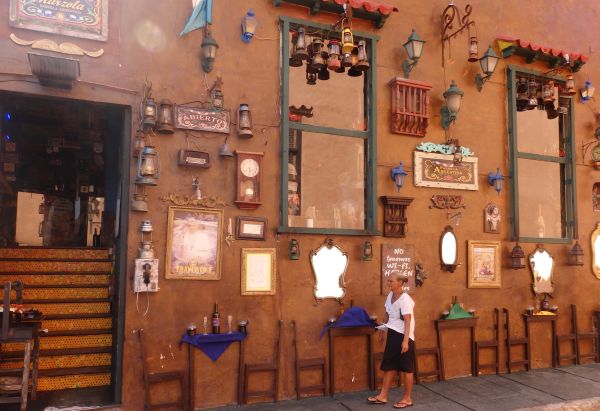 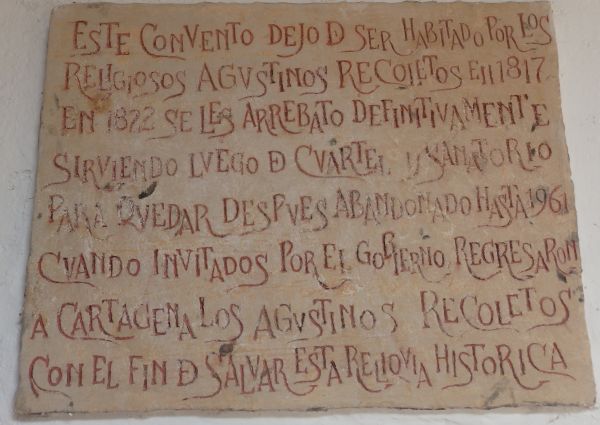