In Vieques Island, a Shark Nursery at Ensenada Honda Anchorage

Vieques is the biggest Spanish Virgin Island also known as ‘Unspoiled’! I quickly realized the meaning of ‘Unspoiled’ at an anchorage where there was only us, ‘Bad Bunny’. The tranquil enjoyment of watching the sun, moon, stars, trees, wild horses, fish, sharks, cool breezes was a real thrill after the relatively hectic life (?) in Culebra. 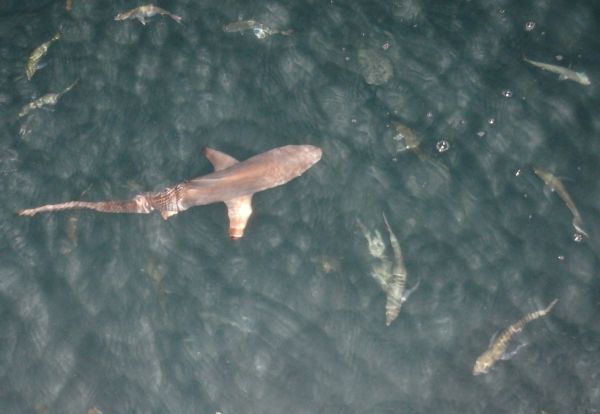 At night, many fish jumped behind the boat attracted by the lights in the dinghy arch. There were so many fish they banged the boat hull by trying to eat the even smaller fish. Sometimes, bats flying over the water looking for insects came by the lights. There were serious food chain activities going on underwater from tiny water bugs, small fish, and bigger fish to sharks. We didn’t know there were many small sharks (about 1-2 feet, 30 – 60 Centimeters) acting hungry at night until John figured a fishing opportunity. The baby sharks looked like ‘Snook’ in the water at night. John caught a baby shark and released it (thankfully). His cat ‘Swat’ was excited but smart enough not to be near by the shark. 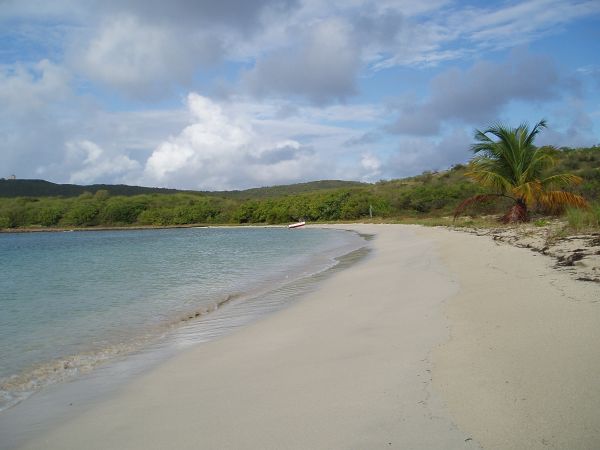 Restricted Beach. It was advised not to pick-up any unidentified object from the beach in case of finding something that the Navy had missed. 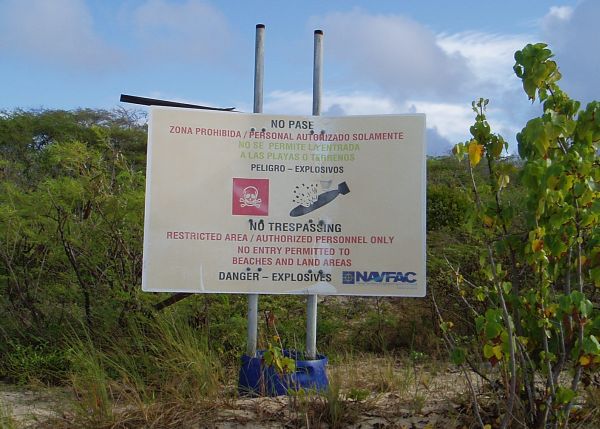 A long time ago, Vieques was used to be the U.S. Navy as a bombing practice place (from ships to land). The U.S. military still looks for the old practice explosives on land. Some beaches are prohibited entrance as some unexploded ordinance still exists. It was advised not to pick-up any unidentified object from the beach in case of finding something that the Navy had missed. No development is allowed YET on the most of the island. It is easy to visit Vieques from Puerto Rico. A Ferry runs from the Fajardo to Vieques four times a day. ($2 one way/person) 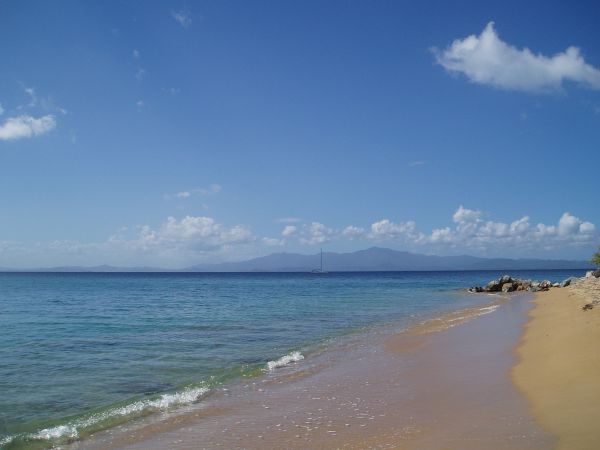