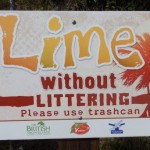 Steep green hills and turquoise water! BVIs look like Disney World with many yachts! We saw a mega yacht with a huge inflated water slide coming directly to the ocean. Necker Island, privately owned by Sir Richard Branson (The founder of Virgin Group, which comprises more than 400 companies), is available for $62,000 per night, up to 30 people all inclusive. We were told that he paid $15 million to buy the island and now selling it off for $20 million piece by piece. 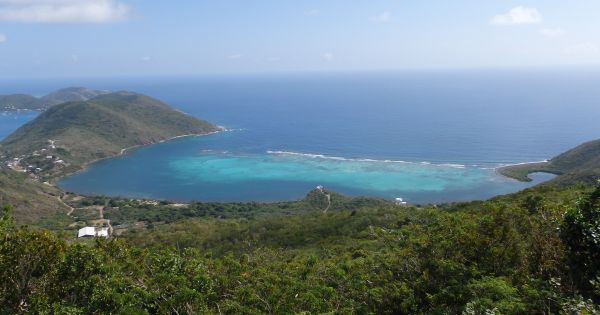 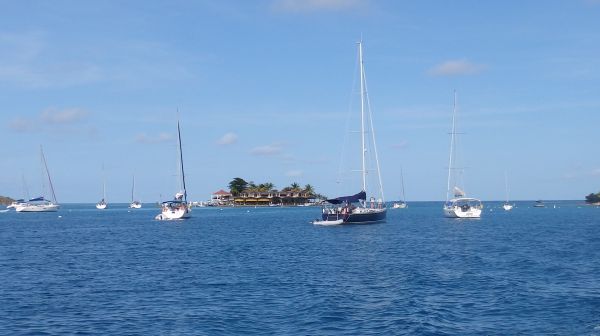 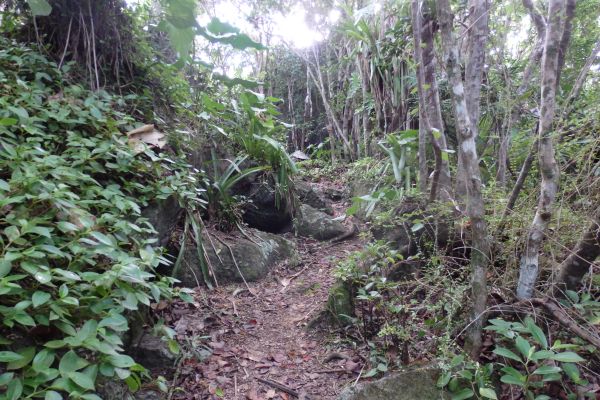 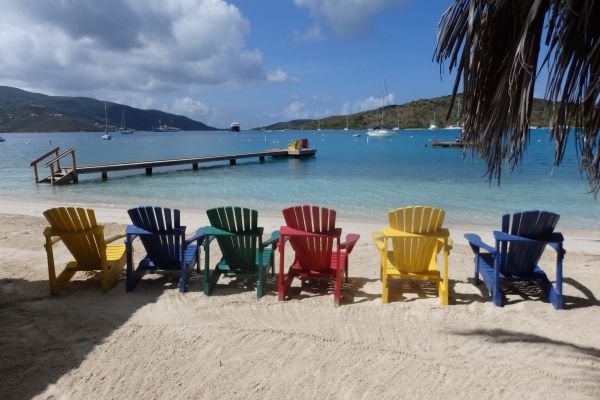 One day, we got invaded by a ‘Drone’, filming above us, real close. It must have been a kid from a mega yacht. John threw a Gatorade bottle at the ‘Drone’ but missed it. He wished he had another bottle to knock the Drone down. It is for sure, John scared the kid and the kid learned a lesson not to invade other’s territory. 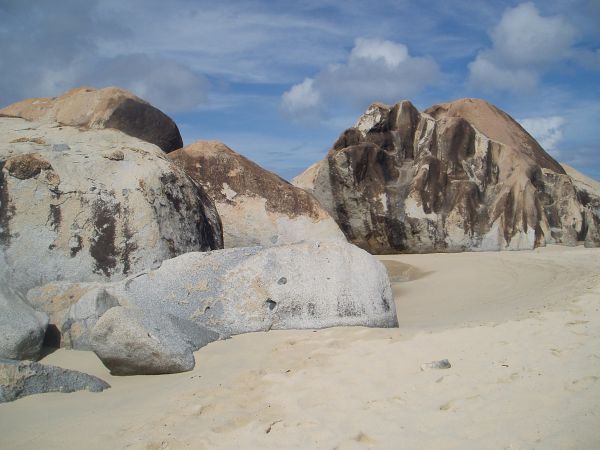 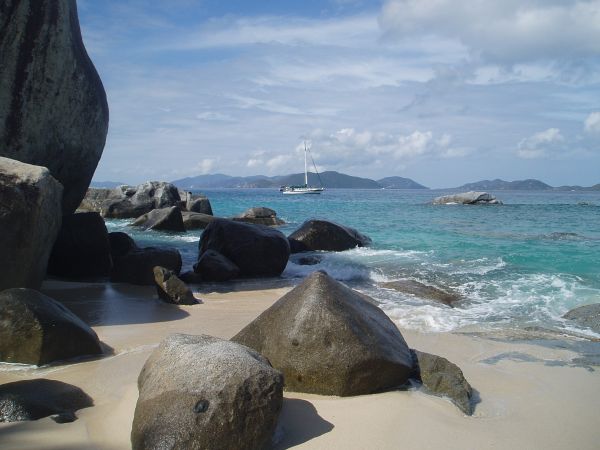 Bad Bunny at The Baths. We swam from the boat to the Baths. 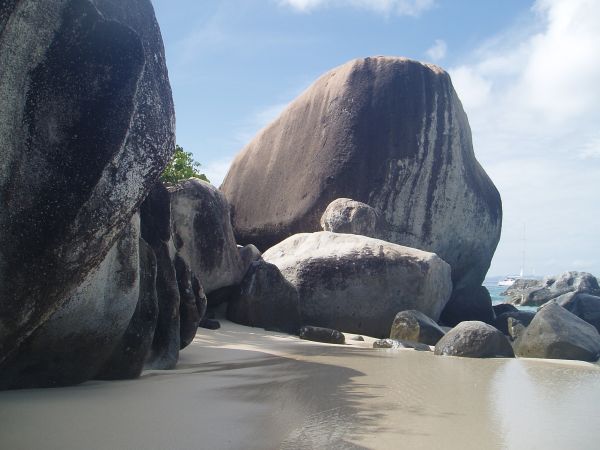 Moorings are common in BVIs. (Average $30/night) Unexpectedly, the BVIs were overly crowded with many charter boats. To stay overnight, we had to change our daily plan to find either a safe anchorage or a mooring just like finding a parking spot in crowded South Beach, Miami. 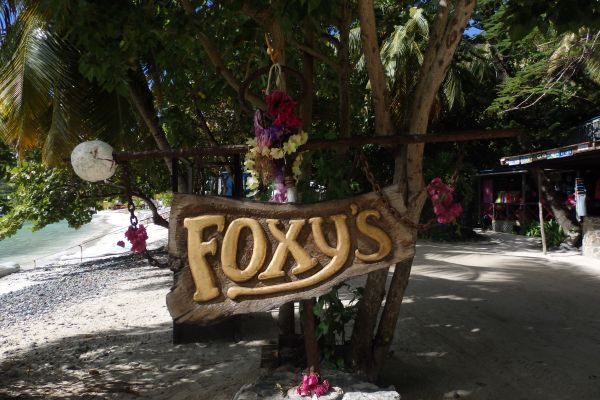 Every Day’s a Party! Foxy’s on Jost van Dyke Island 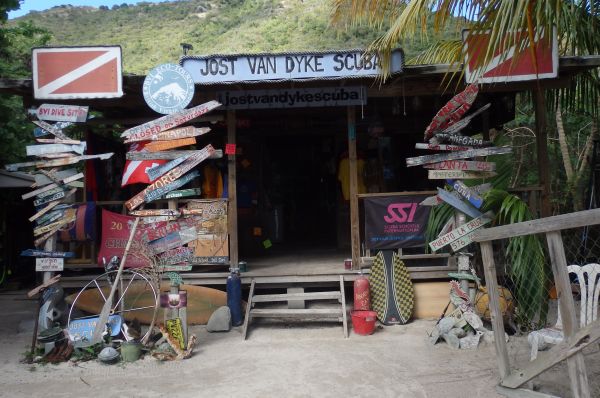 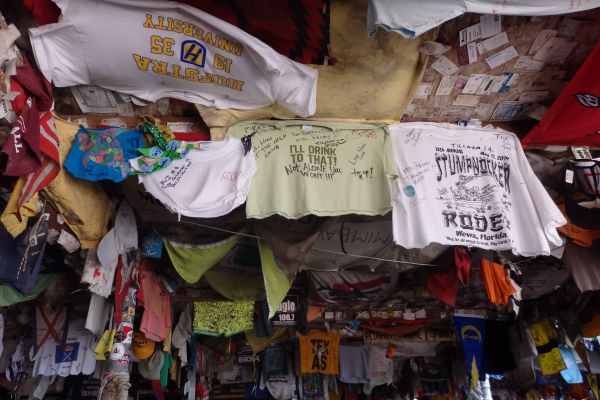 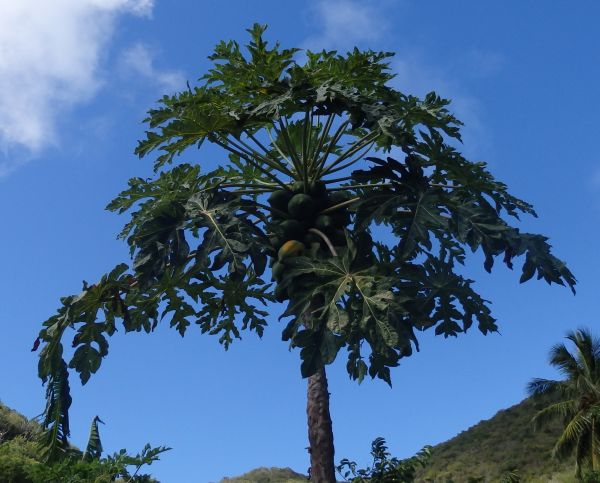 Great Harbour, Jost van Dyke Island. Bad Bunny is in the middle with a mooring.

BVIs seem to be trying to keep themselves exclusive and difficult to reach. There are no major airlines flying directly to BVIs. It might keep the islands unspoiled and truly “Nature’s Little Secrets”, maybe… Good place to enjoy peaceful solitude without swaths of tourists. However, because of too many charter boats and shortage of anchorages, we decided to leave BVIs earlier than we planned. 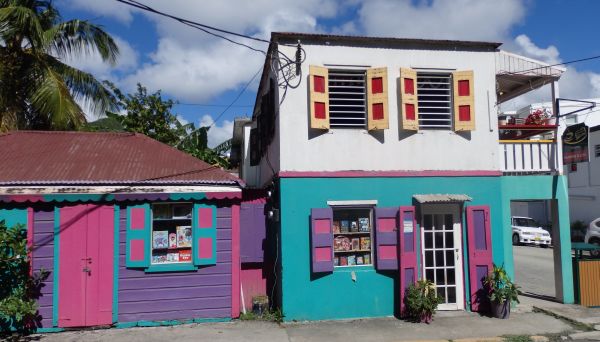 A Bookstore and Café on Tortola Island 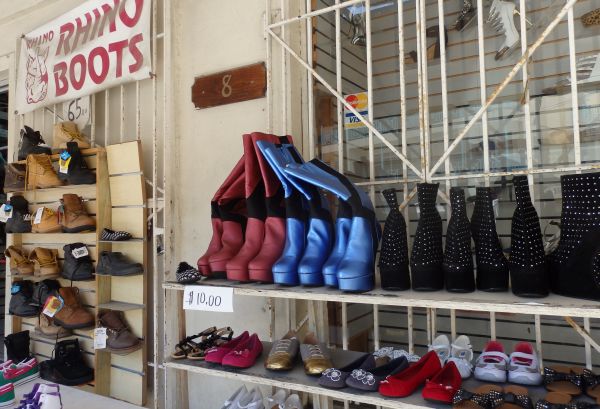 Deal on Tortola Island, $10 for a Pair of Boots 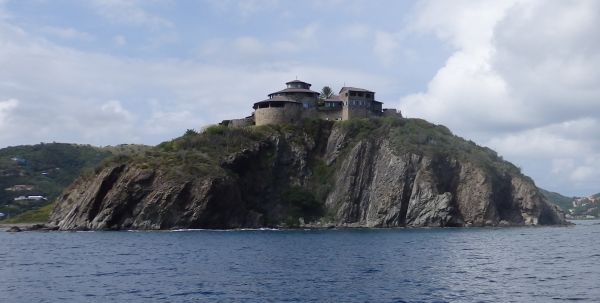 A House with Great View on Tortola