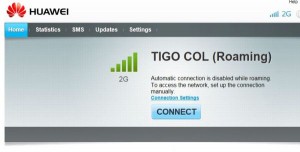 Connection Screen to tiGO through my Huawei Mobile Wi-Fi Device

The only time I wished I had a ‘Claro’ SIM card instead of tiGO was when I was in Sapzurro, Colombia next to Panama. tiGO didn’t work in this town at all but Claro did. Other than that, I was impressed with my tiGO when I was able to connect to the internet even near the small island of ‘Tintipan’.

On the tiGO website, I couldn’t get detailed information. The best way to get a tiGO simcard in Santa Marta is to go to the main store on the 5th Avenue (Carrera) and 24th Street. (Calle) The store is very busy most of the time. In addition, buying a new SIM card takes time to (1) talk to a sales person and show my passport to document, (2) pay at cash register booth, and (3) go back to the sales person with a receipt to enable the card. There are some people who speak some English. Between some English and some Spanish, communication shouldn’t be a problem. 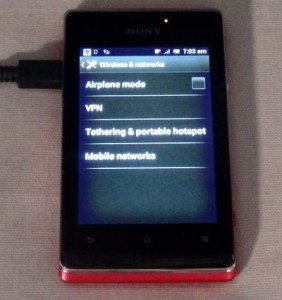 I initially wanted to use the internet from my laptop through my Huawei Mobile Wifi device. The configuration worked but somehow it connects only 2G speed with Huawei device. When I took it to the tiGO store, the service technicians tried to find out the problem/solution with no success. Finally, one of the technicians brought their device and put my SIM card on it. No problem connecting 4G speed with tiGO device. It seemed my Huawei device was not designed to use tiGO 4G speed. 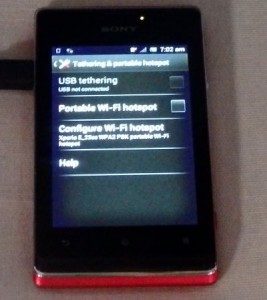 Instead of buying a new device from tiGO, I tried with my Sony unlocked smartphone. It worked like a charm. I used my Sony smartphone as a modem (tethering) to connect the internet from my laptop and also I used it calling and texting. The speed was good and setup was real simple with my Sony Xperia smartphone.

To check my data balance, I sent a message ‘consumo’ to 605. However, it seems it only allows a couple of times without additional charge. After sending the message twice, I received a return message in Spanish that I need to pay for the service.