Relaxing in Waterland Marina in the Jungle and Driving in Suriname 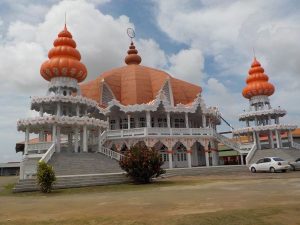 Suriname is not well-known as a travel destination yet. It is an easy going country. A massive river flows through it, and thick green forest are all over Suriname. It offers jungle tours and a unique mixed cultural experience. Most of the sailboats and travelers are from the Netherlands.

Driving on the left side of the road was new thing for us. We managed quite well even while avoiding lots of pot holes and slowly driving over the Drumpels (Speed Bumps). With a non-Suriname Driver’s License, we can drive for two weeks. John applied for a ‘Suriname Driving Permit’ at the Nieuwe Haven Police Station near Paramaribo. To issue one, the official asked for a copy of the passport, a copy of the entry stamp on the passport, and a copy of US Driver’s License. It cost 150 Suriname Dollars (about USD21) and supposedly takes about one week. 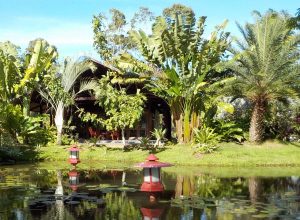 One of the Resort Houses in Waterland Resort Marina, Suriname, South America

We have been staying in the Waterland Resort Marina, the only marina in Suriname. We simply wanted to relax here after crossing the Atlantic Ocean twice last year. Being in a marina, life gets easy. When we get bored, we visited forts, the market, jungle, plantations, and Paramaribo city.

Waterland Marina is a well-built resort in the jungle, not far from the city. Just walking in the resort and nearby, I hear the beautiful sounds of many animals either calling to each other or simply moving around. One day, during my early morning walk, I felt water dripping from the trees above me. I looked up and saw a bunch of monkeys crossing from one tree to another making a slow wave in the forest. They were small, white-faced and watched me curiously. Another day, we saw an otter crossing the road. One morning, while walking near the marina, I heard the sound of honey bees and smelled of the honey from the forest. I was later told that Suriname honey is purely natural. I will get some before we leave Suriname. 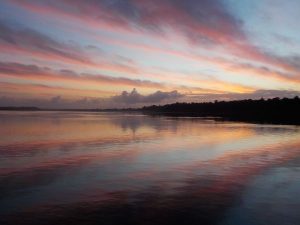 Most visitors take a jungle tour and stay in the jungle for a couple of nights. They hunt Caimans that later get served as a meal. We didn’t’ take a jungle overnight tour, but we did eat some grilled Caiman that the locals called “Water Chicken”. I am happy just staying in the marina and identifying with the small jungle moments in the area. Getting up in the morning and watching the tranquil sunrise over the river has been a joy here. 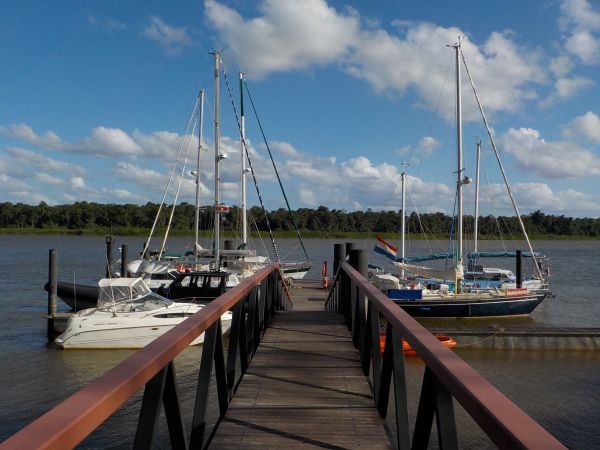 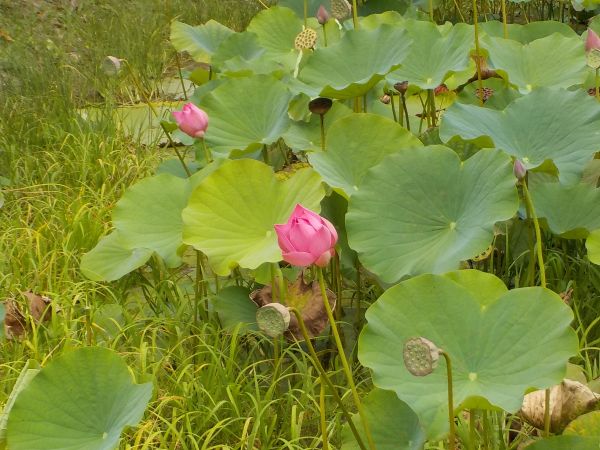 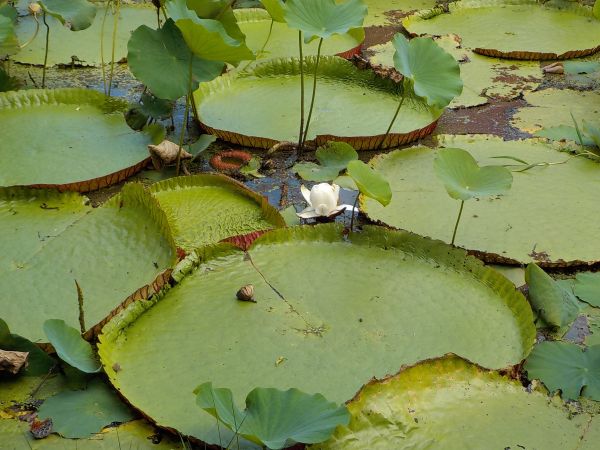 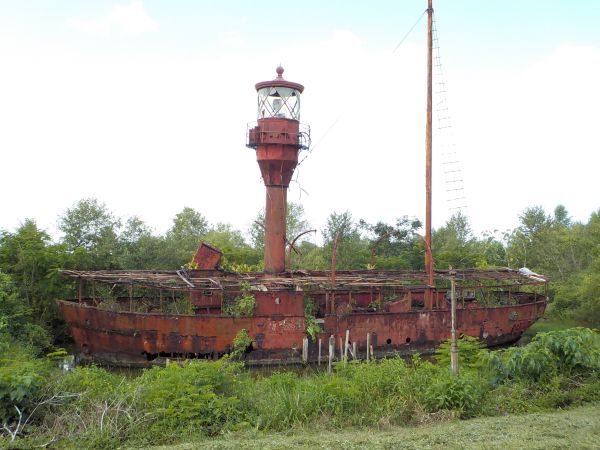 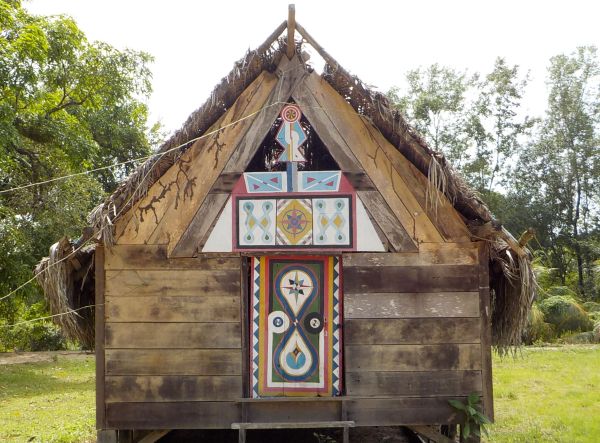 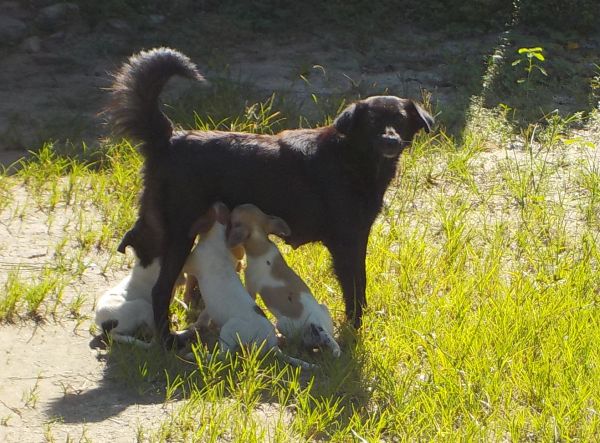 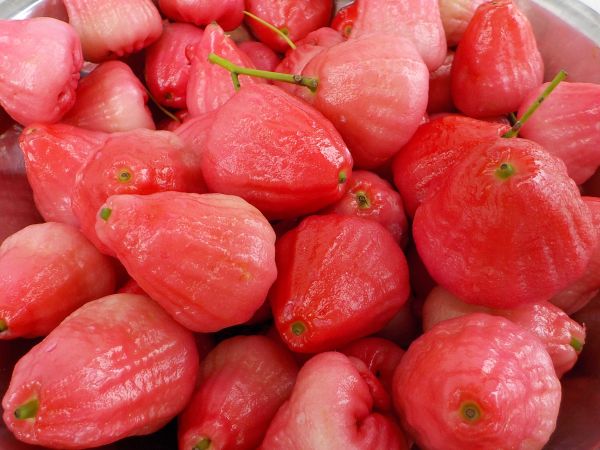 Suriname Apples; it is about strawberry size and tastes somewhat apple flavor with bitterness, not as sweet as regular apples.