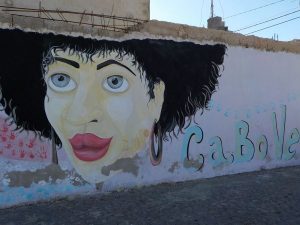 (December 3 – 8, 2017) On the first day at the Palmeira fishing port, many children wanted to watch our dinghy during our outing on the island. Not knowing what language to speak to me, the children tried to speak in simple French. I responded to them in English and assigned one child to watch the dinghy.

Cabo Verde used to be under Portugal; however, in 1975, it became independent. The official language is Portuguese but some people speak Portuguese-based Creole (Kabuverdianu). If heard, I wouldn’t know the difference. 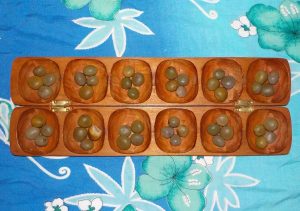 On the street, vendors sell secondhand clothes. Looking for a local tailor, I later had him my pants length shortened. He did a great job. The next day, we brought a boat related sewing job to him. For grocery shopping, we went to four small stores in town. Three of these stores are owned by Chinese. I wondered what made them come to this far and if their children go to a local school.

We took a bus to the capital of the Island to buy a Local Simcard. The owner of the small computing store, spoke in perfect English. He was from Nigeria. Walking on the street, an English speaking woman approached me twice to sell souvenirs. She was from Senegal. I bought a necklace and a bracelet for 50% off (still tourist prices). Thinking back, prior to my sailing trip, I gave away most of my jewelry to my family. 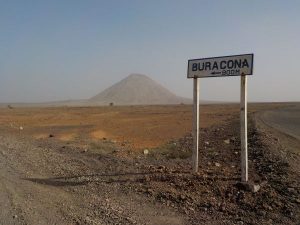 We visited the Buracona (Blue Eye) park on the island, and a couple of English speaking vendors wanted to explain their items. I didn’t buy anything this time but gave some small change as the vendor unavoidably asked. They are from other countries in Africa. Coming back to fishing town, John stopped by a local gift shop to buy a local game called “Ouril”. The owner spoke in good English and I think he is originally from another African country also.

We stopped by the tourist town Santa Maria, and saw a street vendor selling Tuna fish. We were told Tuna price is about 3 Euros per Kilogram during season. It could go up to 10 Euros/kg based on the supply. Can you believe that a good Sushi grade Fresh Tuna cost about US$2 per pound? Not wanting to carry the fish with us all day, we didn’t buy but we wanted to. 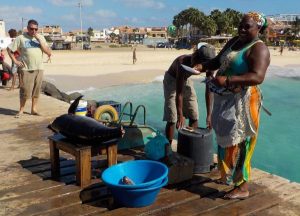 Fishermen seem to go out for fishing before dawn. Upon the fishermen’s arrival, the port got very busy. Seeing these small fishing boats, I had goose bumps thinking about the situation of a boat breakdown at sea. Who is going to rescue them if they drift away with a boat problem? How would they communicate? In such situations, finding them alive would be a total miracle. It doesn’t look like these fishermen carry a VHF radio, maybe a cellular phone? Do they go out beyond the cellular transmission range? I learned that a Fishermen’s job is one of the most dangerous jobs in the world.

PS: According to a tour guide from Senegal, all 55 African countries including Cabo Verde belong to African Union (AU). Wikipedia says “The AU’s future goals include the creation of a free trade area, a customs union, a single market, a central bank, and a common currency, thereby establishing economic and monetary union. The current plan is to establish an African Economic Community with a single currency by 2023.” 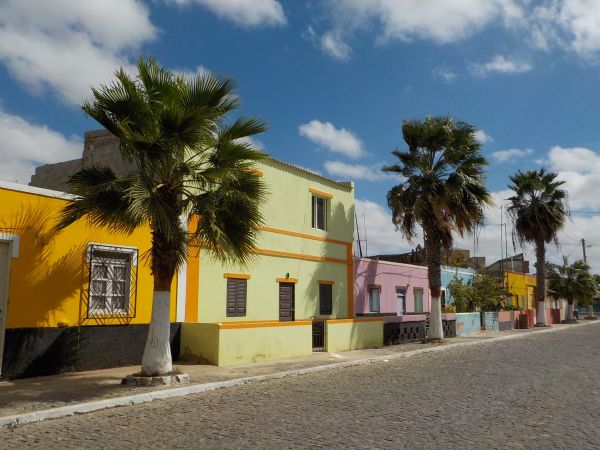 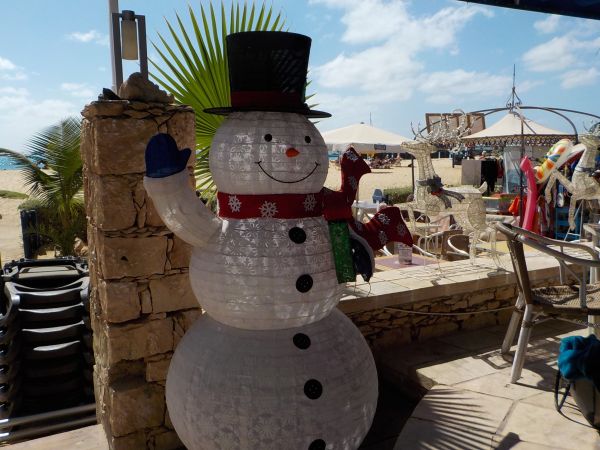 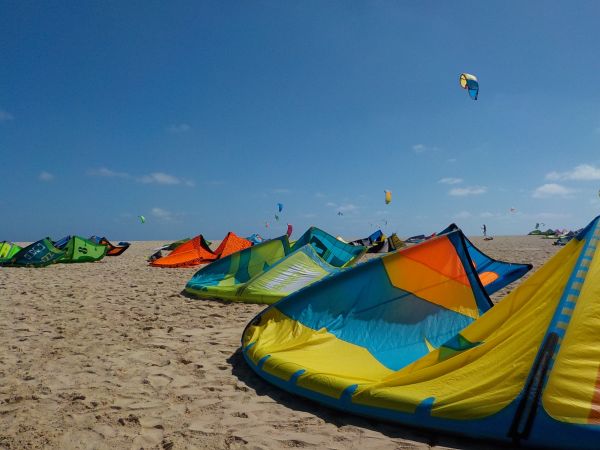 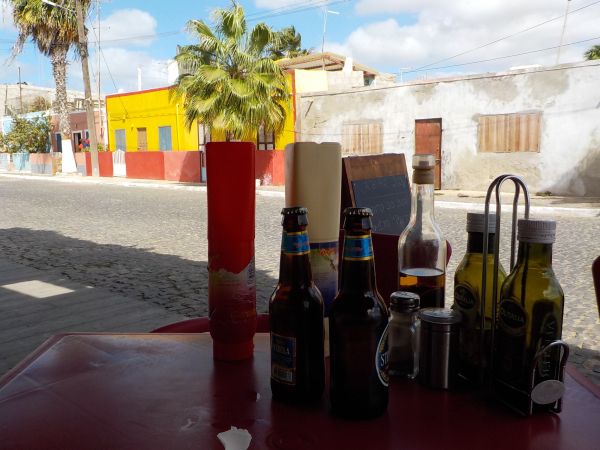 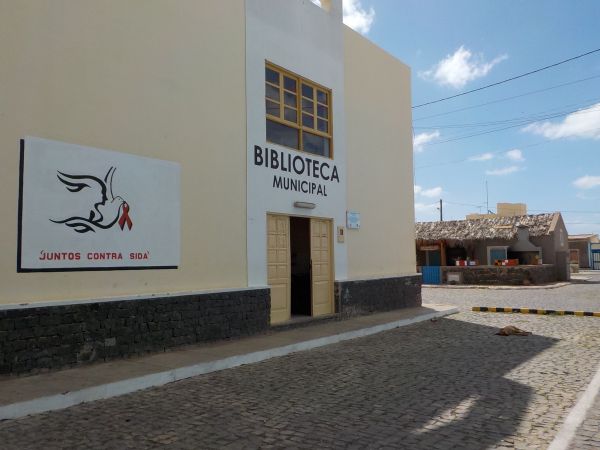 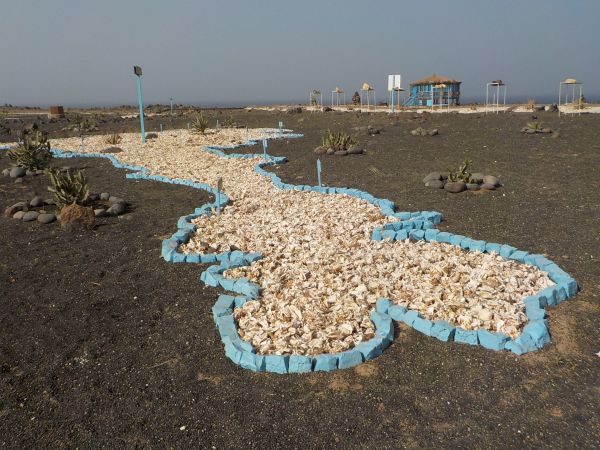 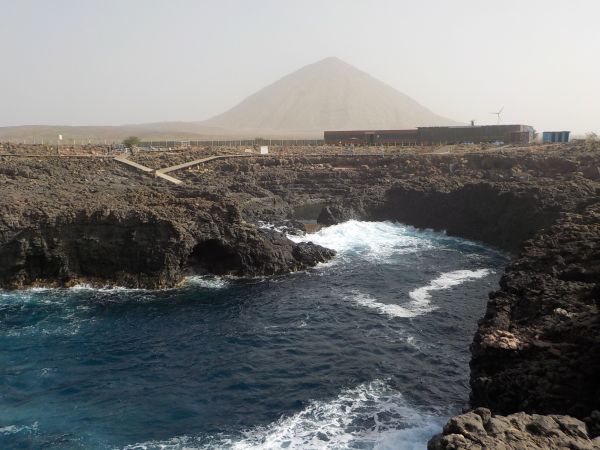 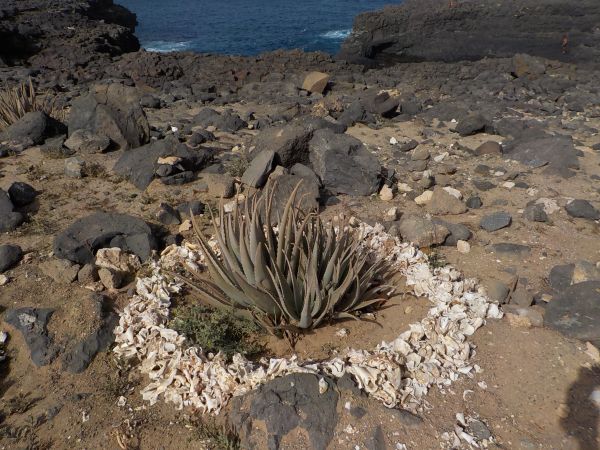 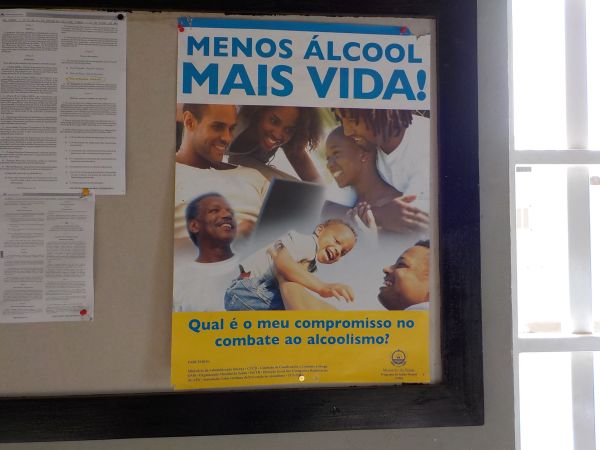