Velas Marina in Sao Jorge Island in the Azores 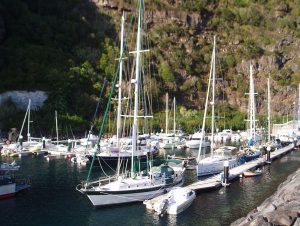 *** (September 10, 2017) From the other side of the Atlantic Ocean, I have been monitoring Hurricane Irma. I am somewhat relieved that Irma didn’t directly go over South East Florida but extremely sad that it destroyed many islands in the Caribbean completely and more on the West Coast of Florida. My thoughts go out to the people who lost their lifetime accomplishments. I am praying for their swift recovery and hoping for the better without them losing their dreams.

Lula: Underwater Research Submarine trying to get under her mother boat. This submarine goes down 1000 meters (about 3300 feet) under water.

Among the marinas in the Azores, I liked the Velas Marina the best (Sao Jorge Island in the Azores). It is located right by a cliff where lots of birds (Cory’s Shearwater) keep their nests. These birds come out at night and make a strange sound like that of children teasing other kids. At first, we wondered where the mysterious talking sound was coming from. As the days go by, I got used to the sound and felt happy and amazed by it. For me, staying in the Velas marina is almost like staying in a cabin in the middle of a national park. 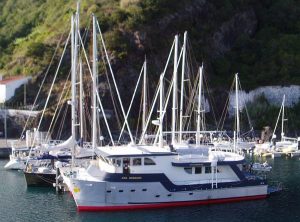 Velas Marina is small and not really built for big boats. It is also the first stop for most of the Azorean charter boat renters, as it is closely located to the main rental island (Faial). We took a cautious approach to get in and out of the marina; however, we watched some charter boats slightly hit other boats while losing control either because of poor seamanship or simply being over powered by wind speed and direction. It looked like some renters are not used to driving a charter boat on the first day in a marina with narrow access. Disputes between a boat owner and a charter boat renter may get complicated. However, we were told that there will be security cameras when the Velas Port is completed.

The memories we had in Velas Marina will be treasured for a long time; the sound of birds, watching fish in the aquarium clear water in the marina, very friendly and funny Harbor Master (Jose), and also two cute college student interns at that time we stayed. Velas Marina is the most beautiful marina I have ever visited. 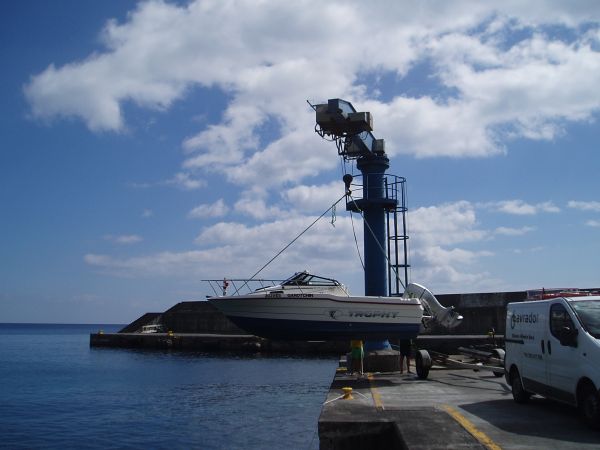 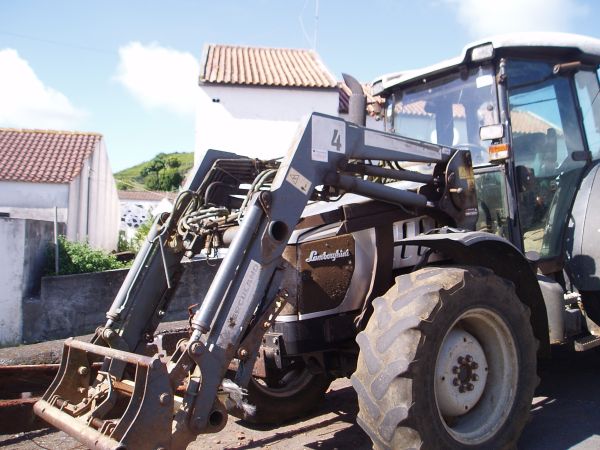 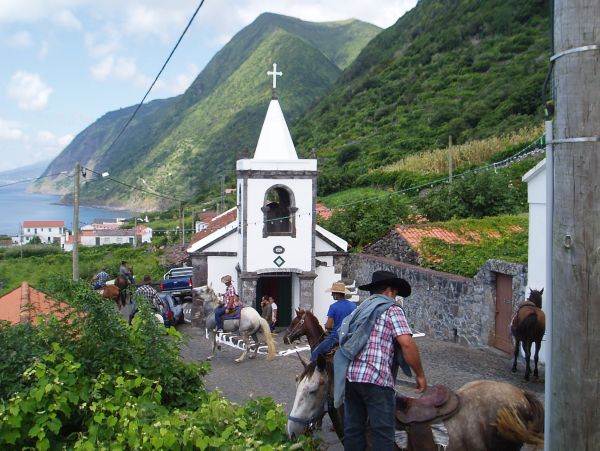 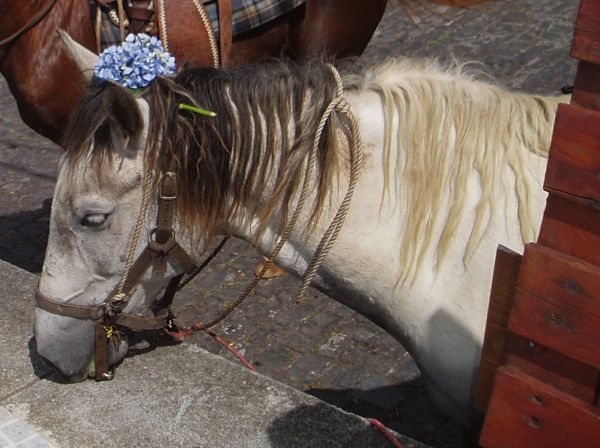 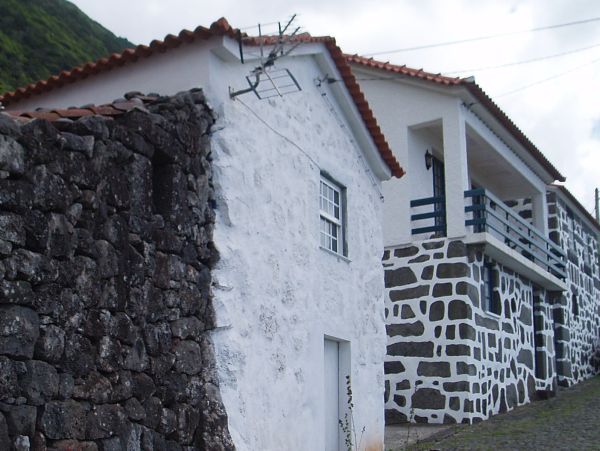 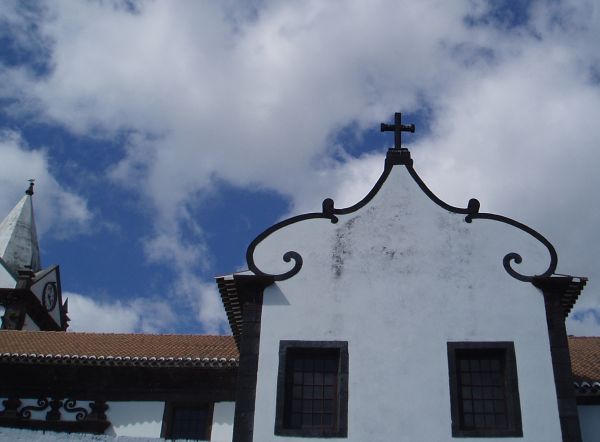 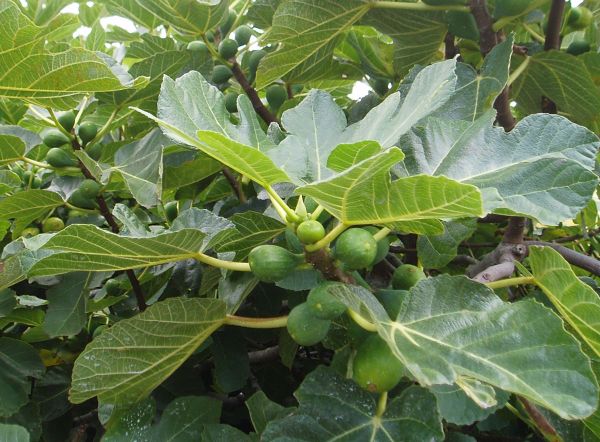 Fig Fruits; we bought 2 kilograms of green fig fruits from a house on the street (4 Euros per Kilogram). They were soft, sweet, and just ready to eat.

Pastures for Cows, Sao Jorge Island, Azores, Portugal; There are more cows (about 25,000) than people on this island. We took a Sao Jorge Cheese Factory tour. They told us their cheese (Sao Jorge Cheese) is available some places in the USA. 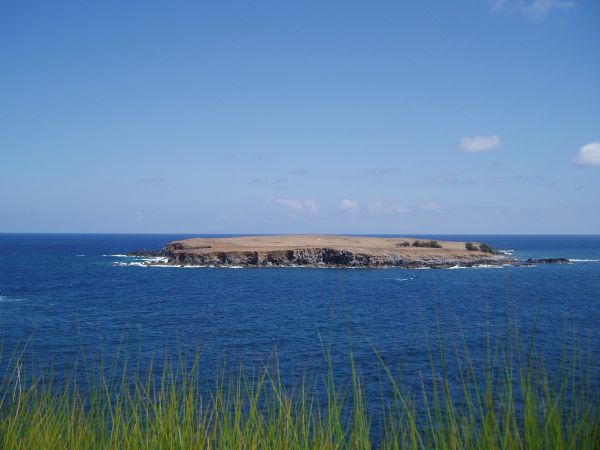