A retired electrical engineer born in Florida, USA. Currently a Jack of all Trades kind of guy on his boat, most of the time. He gets angry easily and stress a lot when things break, especially plumbing related. However, he makes sure a fix gets done immediately. He lives a theme ‘NOW is the best time to fix.’ He previously worked for Motorola after graduating from the University of Florida. His first project was designing an ‘I/C Chip’ for two way radios. Later as technology evolves, he ended up designing chips for Cellular Phones. He currently holds 23 patents (Company Property). Working for a corporation, he observed many ‘Layoffs’. Each time, he survived and saved his income by living frugally. In 2010, he quit his job and started living on his boat. Since then, he has been sailing. He loves sailing, hiking, biking, skiing, kite surfing, and SCUBA diving. 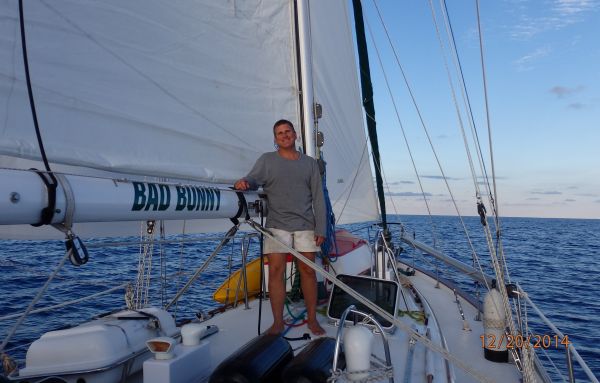 Captain ‘John’ in His Maintenance Uniform