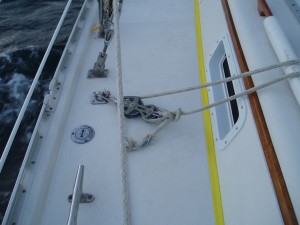 Vang line got broken during sailing to New York City.

(August 8 – 11, 2016): A total of 430 miles distance (76 hours), half motoring and the rest sailing, mostly downwind like surfing. Proud ‘Bad Bunny’ did sail wonderfully, except one vang (preventer) line got broken. This line came with the boat. It might have been 24 years old as ‘Bad Bunny’ is.

After three plus days at sea, entering New York Harbor, we dropped the anchor west of the Sandy Hook Point, New Jersey before passing the Statue of Liberty and Manhattan, New York City.

Coming to New York City by a sailboat was one of my dreams. One night, I saw three shooting stars in a row so I wished for a new dream to come true, someday… Other nights, I listened to Audio Books during my watch schedule. Sometimes, our cat ‘Enemy’ came out in the cockpit and asked for a belly rub.

Approaching about 60 miles offshore near Ocean City Jetty in New Jersey, we saw lots of commercial fishing boats. It reminded me of the fishing boats on the ‘Nicaraguan Bank’ but without any pirate threats/danger. Fish life must be abundant on this area of the East Coast of the USA. We caught Spanish Mackerel, Mahi Mahi, and Tuna. A good size of flying fish also landed on the deck at night. 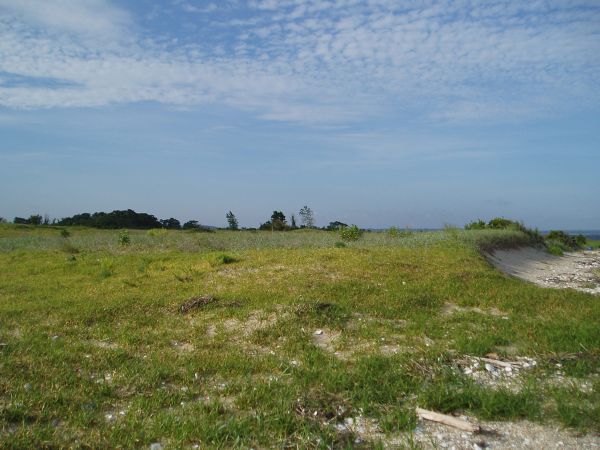 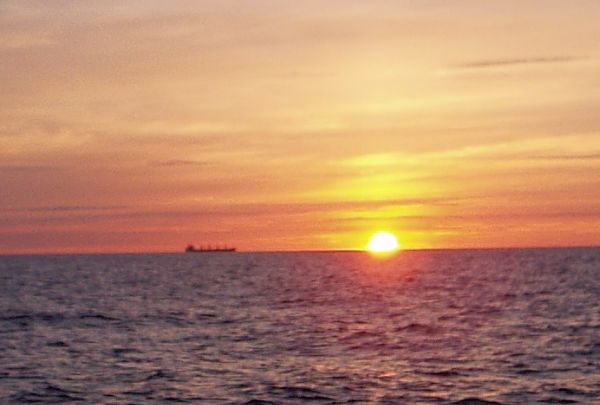 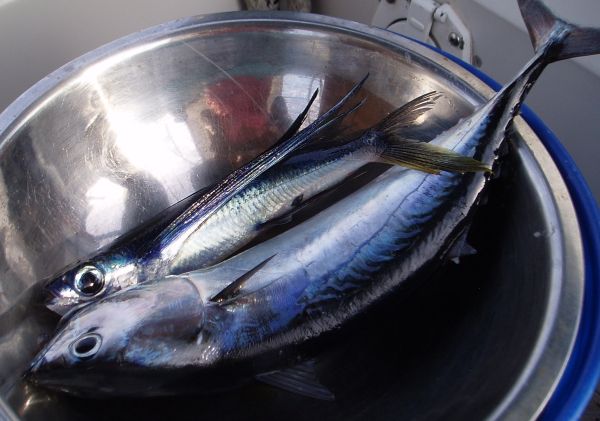 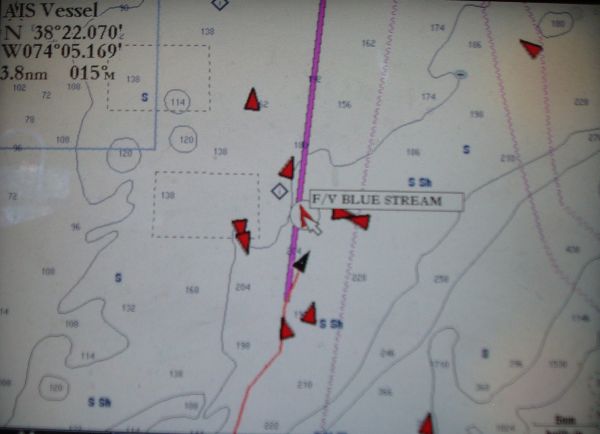