Azores 100: Sailing in the Azores 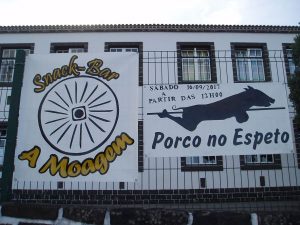 We stayed in the Azores for two months and could have stayed longer but our time is running out (90 Days Visa Permission in the European Union). After having been in the Azores, I tried to pick the best island. If I must pick one, it is Flores Island. John gave me a corporate office kind answer; each island is different and offers unique things he likes about so he likes all.

Carrying the memories from the Azores, I have something to smile more about if I am ever again stuck in a traffic jam in a hectic place. 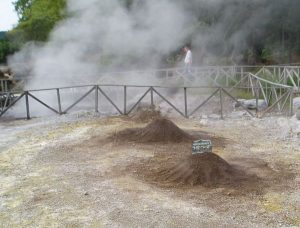 Flores Island: Less Traveled Remote Island, Nice Hiking Trails, when we were there, the blooming Hydrangea flowers were all over. Some sceneries reminded us of the movie ‘The Hobbit’.

Corvo Island: Hiking in the caldera on the top was like being in deep meditation, even though the cow poop was all over in the caldera.

Faial Island (Nick Name ‘Blue Island’): We painted the “Bunny Logo” on the wall which is a kind of a tradition for cruisers. The volcanic site and museum is a must place to visit.

Sao Jorge Island: The marina is in the middle of nature. Zig-zag up and down hill driving on the island was challenging but worth it. Sao Jorge has cheese factory tour, and the factory was bigger than I imagined. I really need to stop eating too much Sao Jorge cheese as snack (my new addiction). 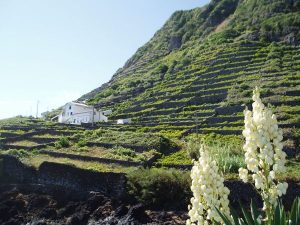 Pico Island: The stone wall vineyards are very impressive. While hiking to the lava tunnel museum, seeing a versatile vegetation on the side of the road, was fun.

Graciosa Island: Crazy me! I had a goal to visit all nine Azorean islands. We didn’t sail to Graciosa Island so I took a ferry (Cost 64 Euros for Roundtrip Ferry) from Sao Jorge to visit this island. Brought three locally grown melons (well-recommended) with me. Wanted to buy more melons but I didn’t want to walk with too many of heavy melons with me. 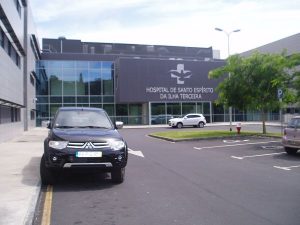 Terceira Island: A bit touristic. Sand-less natural pools/beaches are awesome. (Not messy) Medical facility is super. John visited a doctor’s office to check his skin from his head to toes. (Private Dermatologist Consultation Fee: 70 Euros) John also wanted to remove a black dot near his eye. Doctor did a small surgery in a hospital. (Cost: About 60 Euros) We later met some other US cruisers who visited a hospital in the Azores. It cost them only three to five Euros to see a doctor in the hospital. 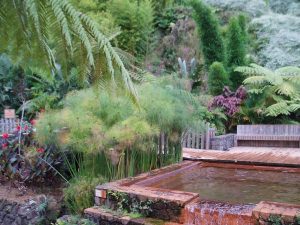 Hot spring bath near the volcanic site, was relaxing. (Entrance Fee: 4 Euros/person) We saw some cooking food (underground) at the volcanic site but didn’t try the food. The church bell rings like crazy on this island. We could not figure it out why it rings loud and fast before it tells the actual time. My assumption is due to the hectic city life, that people in the capital city, are too busy to count the time correctly so it warns crazy fast and loud prior to ringing the actual time?

Santa Maria Island (Nick Name ‘Yellow Island’): All local people we met in Santa Maria spoke good English. English seems to be the universal communication language in the Azores, everyone speaks a bit of it. Ocean views from the island kept whispering for me to try SCUBA diving but sadly the water looked cold for an ex-Floridian.

We had a cruiser’s BBQ party at the marina before we left the Azores and shared our stories with each other. 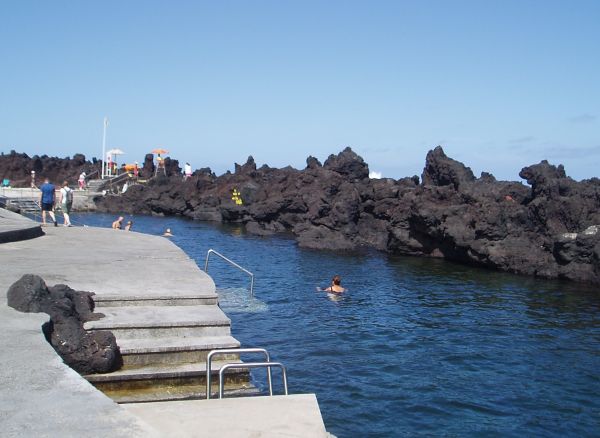 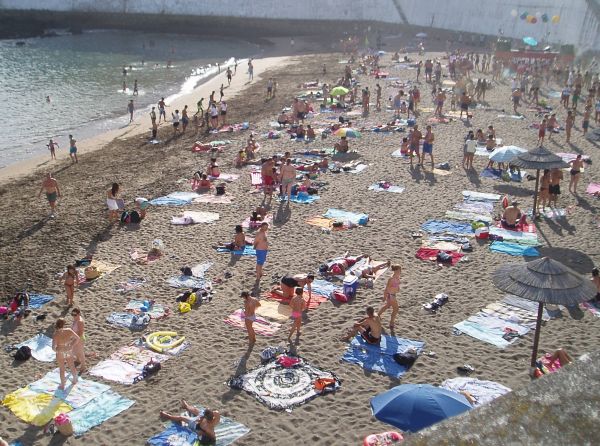 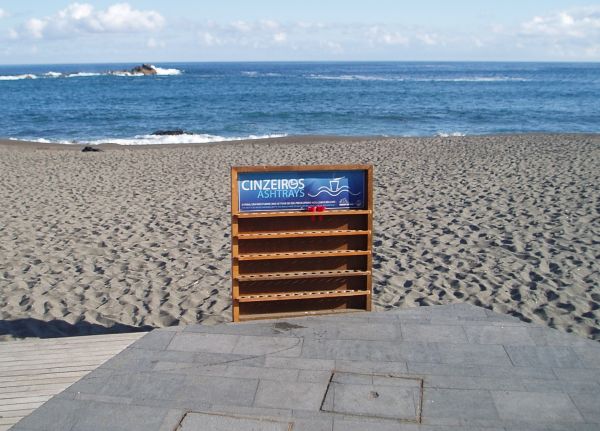 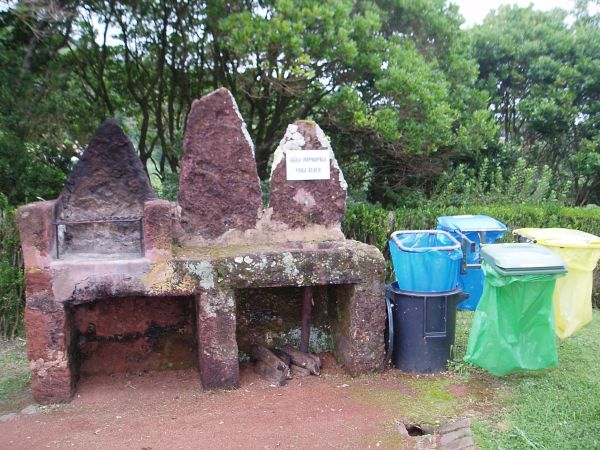 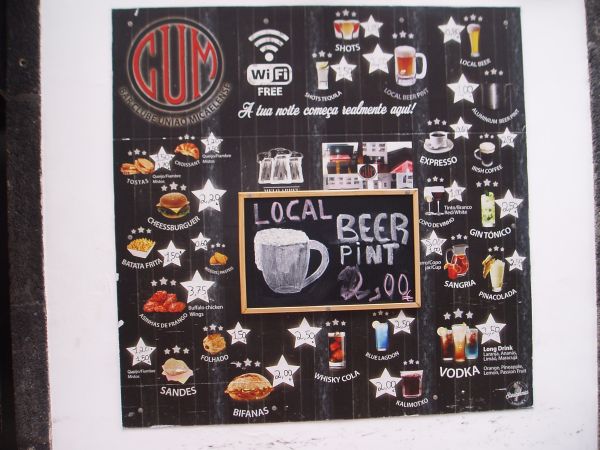 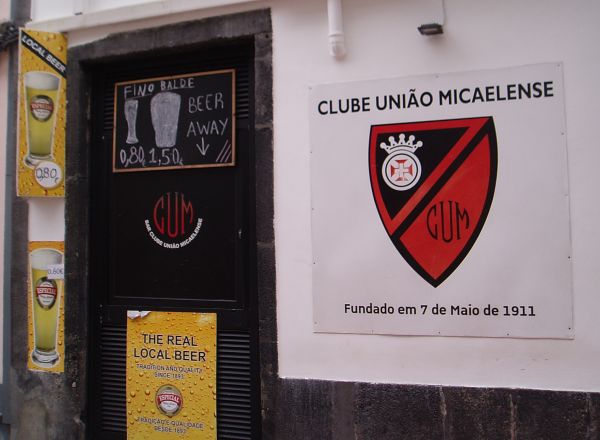 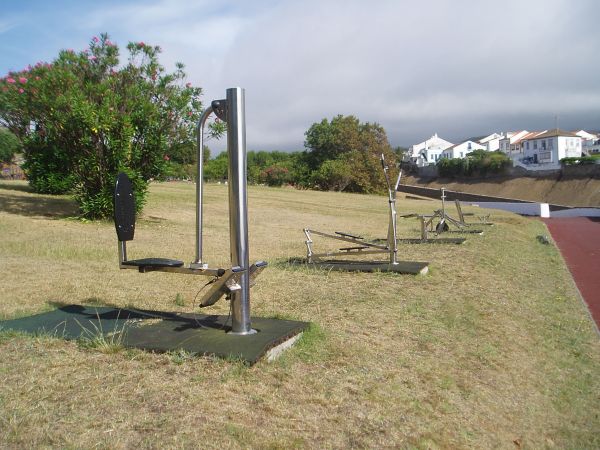 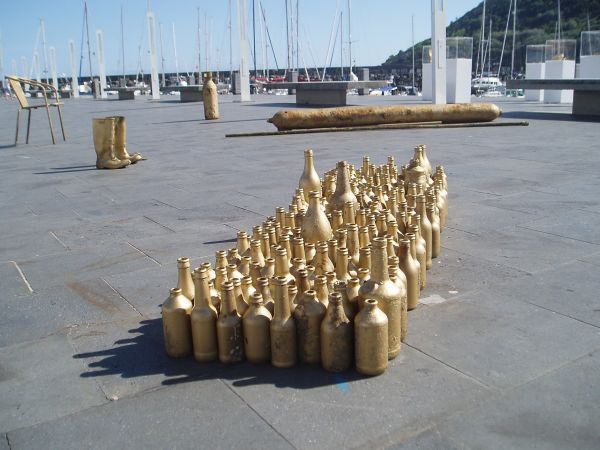 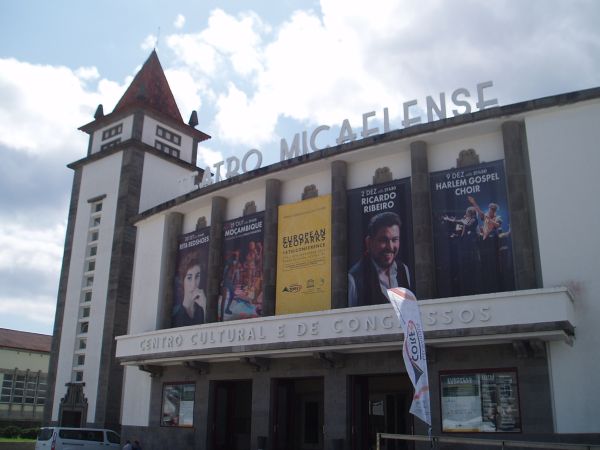 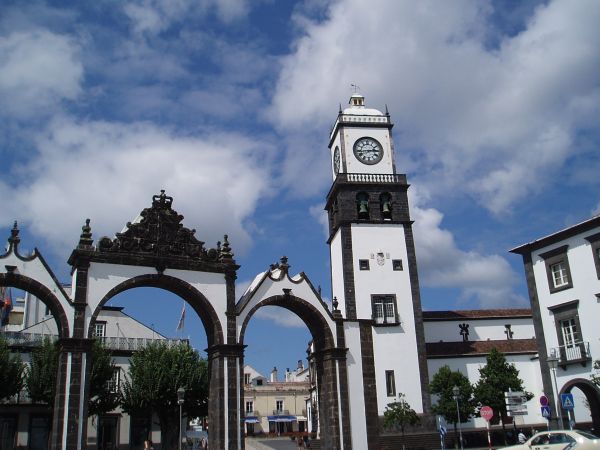 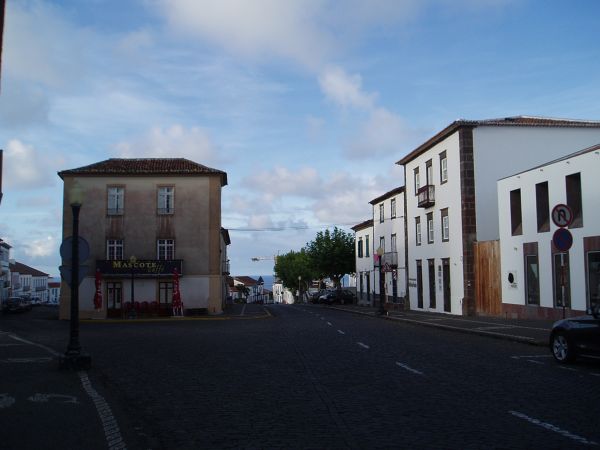 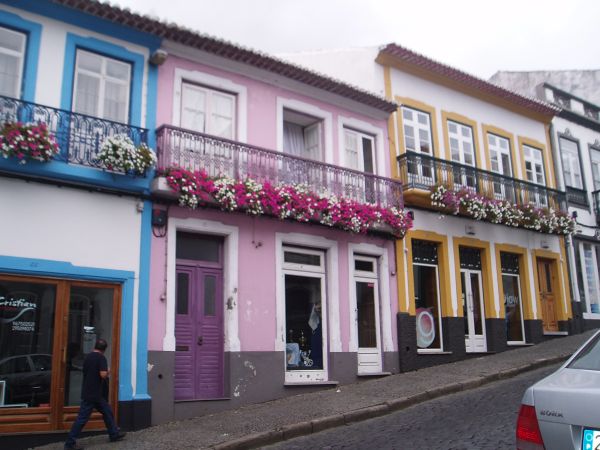 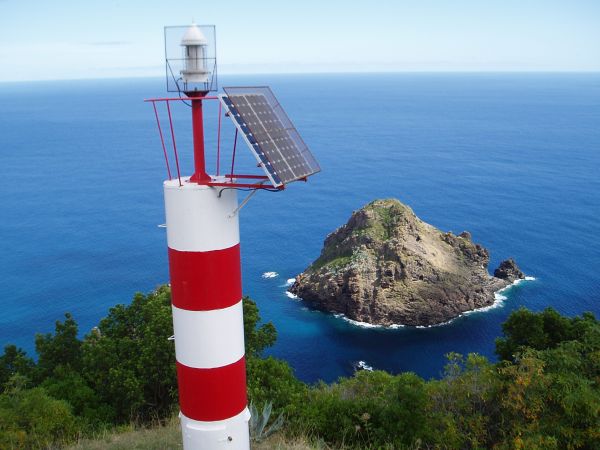 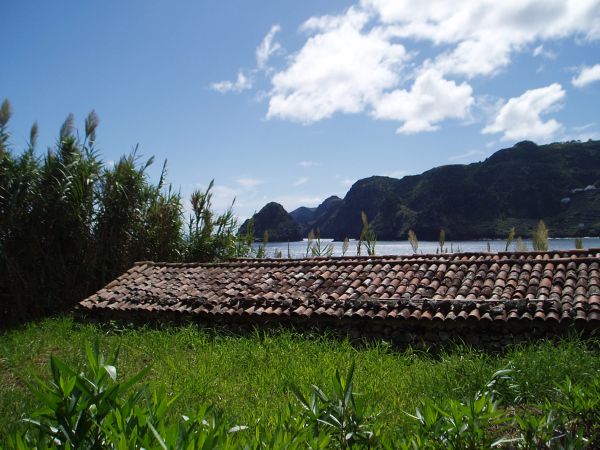 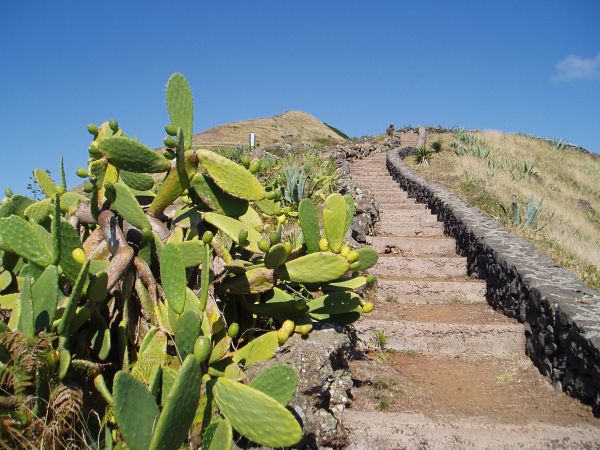 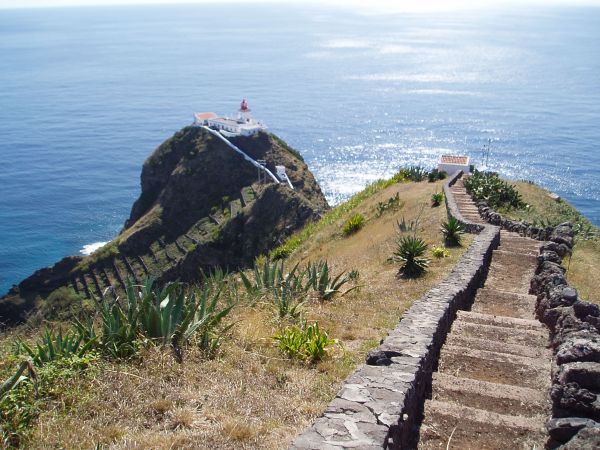 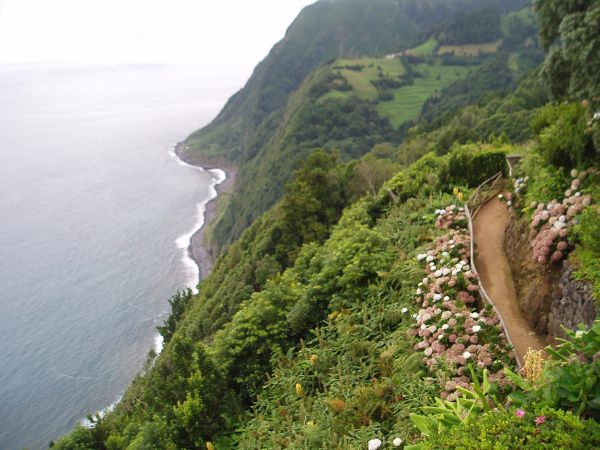 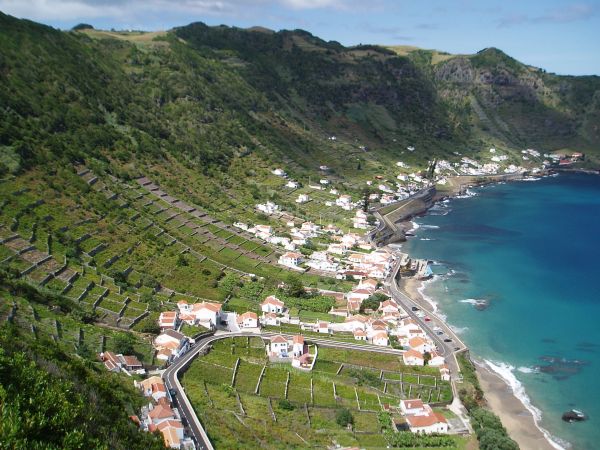 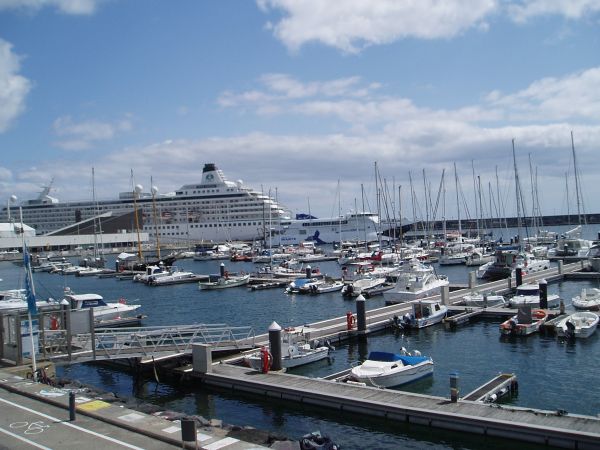 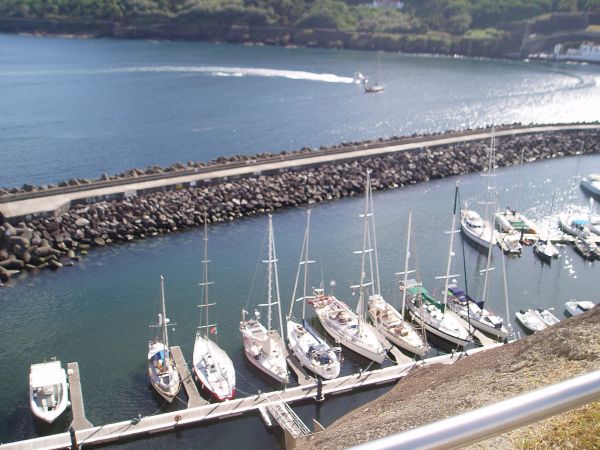 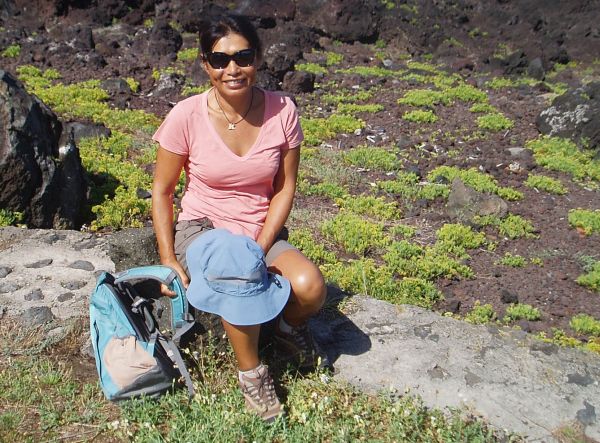