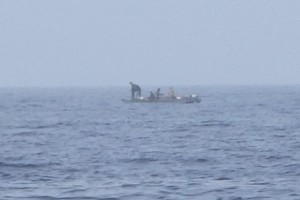 Local fishermen were already at sea. Leaving the anchorage, I was at the front of the boat to avoid catching the plastic bottles the local fishermen use for their fish trap floats. Those traps may be their only source for feeding their families and paying for their children’s education. 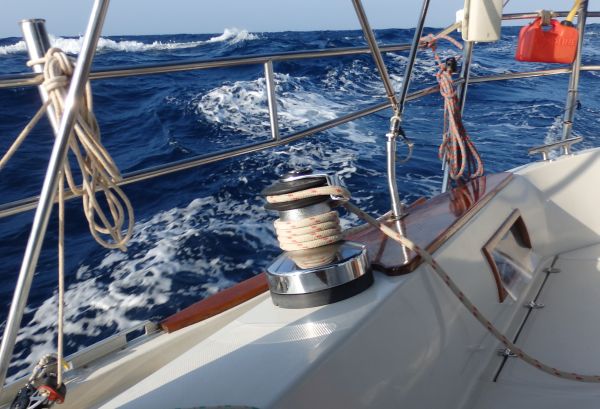 We have not had much luck catching fish in the Caribbean for last 8 months so we almost gave up. Thinking back, we saw more fish near the USA and the Bahamas. The fish sold in the local fish market in Curacao were very small. When fishermen catch a good size fish, they told us that it had already been sold to a restaurant. Unlike many people think, we hardly ate fish while sailing in the Caribbean. When we wanted to have some fish, we often bought imported frozen fish from a grocery store. 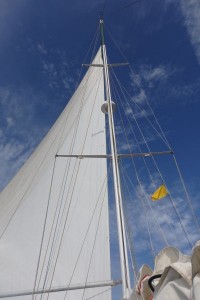 ‘Bad Bunny’ Sailing with Jib Pole Only. We didn’t remove the quarantine flag which we raised in Cabo de la Vela.

“It would be great if we catch a tuna fish for sushi for us and cats.” I jokingly told John. After about 10 hours sailing, I heard the fishing line running. I immediately tried to tighten the fishing line but it was too strong for me to tighten. John came on the deck quickly but a lot of line had been spooled out. We turned our boat to windward and basically stopped. “Whatever it is, it is a big fish.” John said. We fought with the fish for an hour. By the time it was near the boat, we couldn’t believe how big the fish was. “John, it looks like a sword fish. Sword fish steak is very good” I said. In order to bring the fish on the deck, both John and I used all of our energy. Once it was in the cockpit we started sailing again. It turns out that it was a Ginormous sailfish; which as we later found out, tastes just great.

At sea, it took hours to fillet the fish, rinse with salt water, put the pieces into plastic bags, put them in the freezer, clean up the fish blood and guts, clean the boat, and finally clean ourselves. By the time we finished doing this it was around 9pm. When it was all done, we were not even hungry even though we skipped dinner. It took more than four hours of wrestling with the fish and cleaning it. We were exhausted. For the next 10 hours, we ran the freezer continuously to keep the fish fresh. We also switched each fish bag in the freezer every hour so all the fish would freeze evenly. 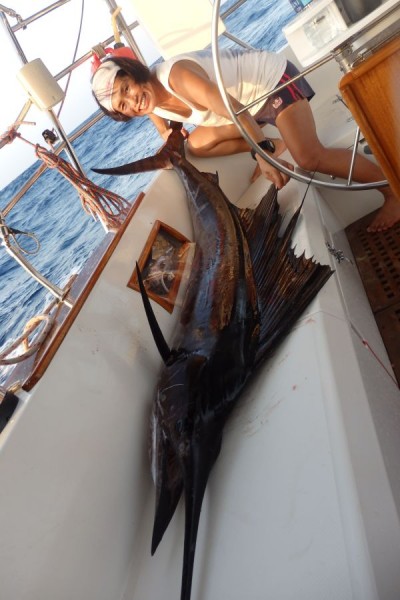 I couldn’t lift the fish. 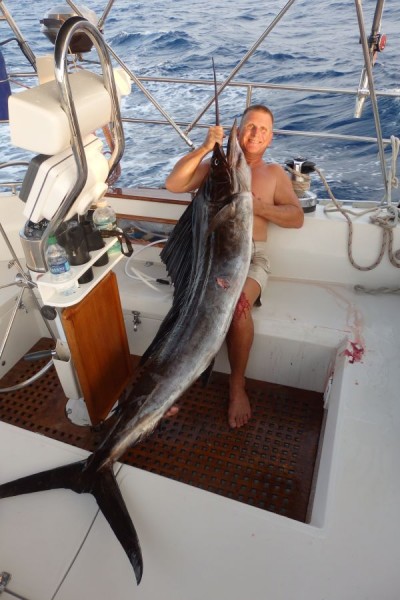 The biggest fish John caught in his fishing history. 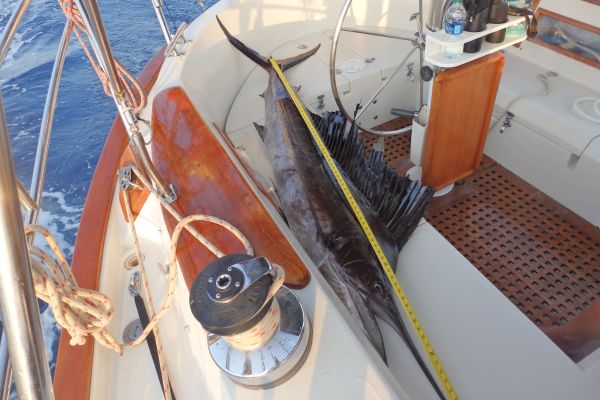 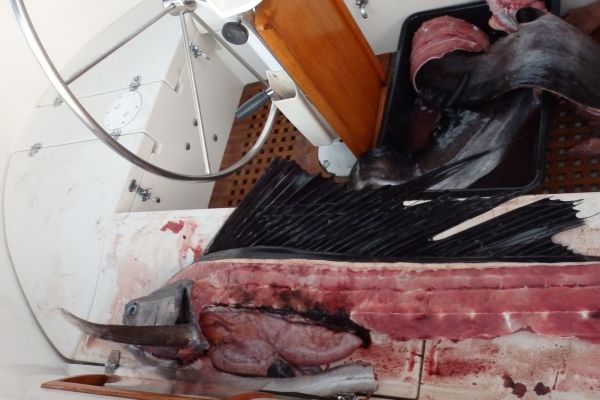 The wind completely died at night, so we had to motor. Our cats hate motoring as much as we do. It’s noisy and the movement of boat is not naturally comfortable unlike sailing. Nobody got any rest that night. The wind slowly picked up before sunrise next day. As far as I could see there were lines of mountains after mountains. That’s ‘Sierra Nevada de Santa Marta’. The highest point is at almost 19,000 feet. I wished I had seen snow on the top but it was too hazy to see the mountains clearly. 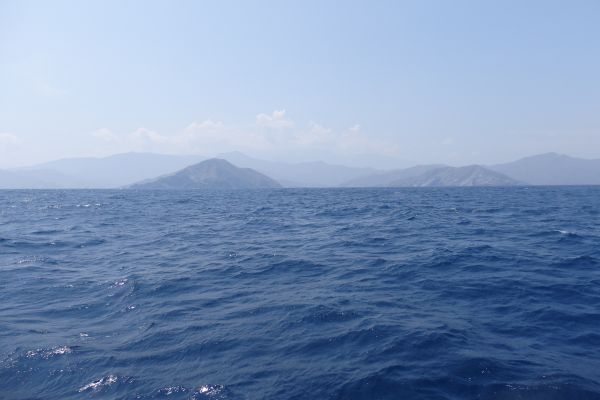 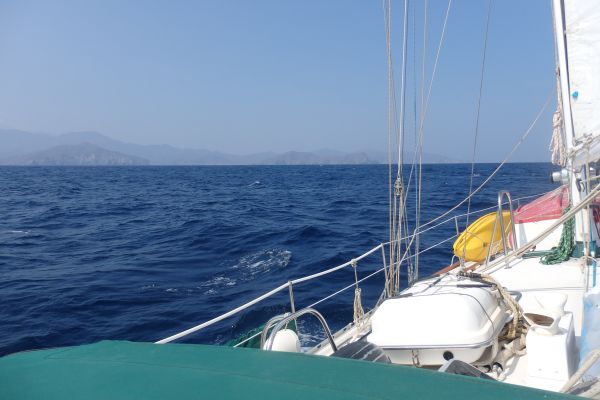 After settling at Santa Marta Marina, we gave some fish to the marina employees and neighborhood boats. We were too tired to cook the fish. One of the employees told us the next day that the fish was very excellent. I used his recipe (Garlic, Vinegar, Lime Juice, Salt, Black Pepper, and Oil) to grill it.