Many Children Visitors in Mulatupu in San Blas 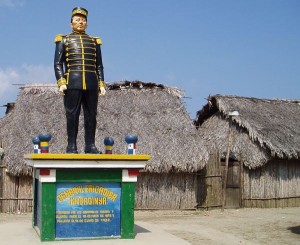 A new place, Mulatupu! As we entered the anchorage, we saw two wooden sticks on the water. Should we go around or in between the wooden sticks in the water? When we were about to go around, a fishermen shouted to us from far away and signed us ‘go straight in between’. I tried to remember his appearance to thank him later even though they look similar to each other. I was hoping he would follow us but he didn’t. I haven’t seen him in the village either. Instead, we had lots of children visitors. They hold their hands on the side of the boat and just curiously watch our movement. ‘John, I think we should get used to this and practice how nicely to handle this.’ We made some conversation in Spanish and gave some candy. If the kids were interested in learning English, we tried to speak in English. When I was a child growing up in Korea, I remember it was an opportunity to see a foreigner and just listen to them speaking in English was eventful. John offered a job to three kids removing the diesel residue on the boat. They were very happy when they received the money for their work. 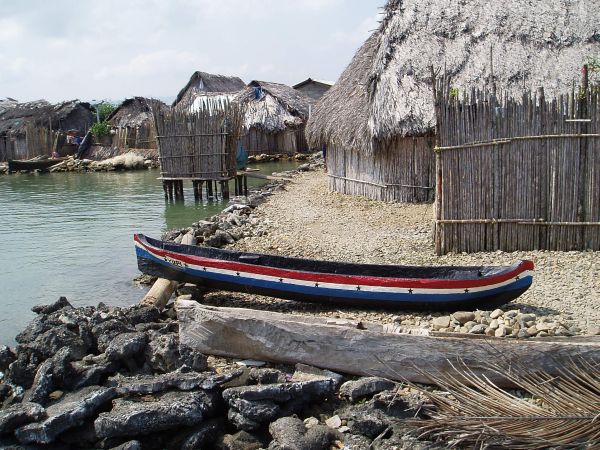 I was about ready to prepare for dinner. Two kids were still on the side of the boat holding the boat. One of them spoke some English. We tried to let him practice in English. He asked us if we eat fish often. I asked him the same question. Pretty much every day, they eat fish, he said. He gets up at 4am and goes for fishing. I told him we would like to buy fish tomorrow if he could catch them. His eyes sparked with excitement and hurried to leave the boat. He has a serious mission to get up at 4am tomorrow, catching fish. John even gave him fishing line that we don’t use. It seems like we made his day! 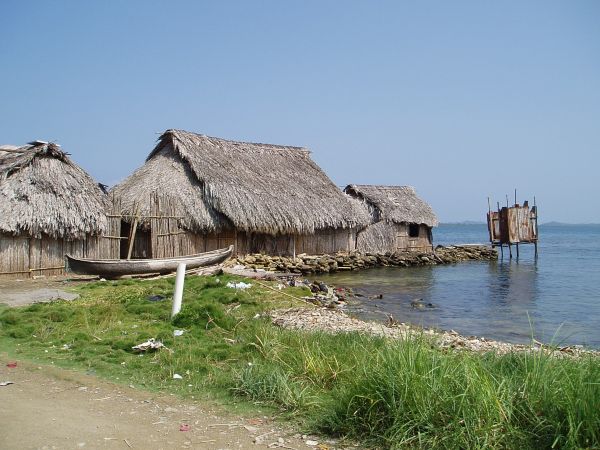 Thatched-roof works better than modern technology, one Guna explained to me.

Later, we saw two other sailboats coming in. They were the French sailboats we initially sailed together with in Colombia. They left Colombia in the morning and came directly to Mulatupu. We found one got affected by lightening two days ago. In Colombia, they were anchored close to land. When lightening hit the land, some of their electronics were damaged. Their auto-pilot and wind meter are no longer working. 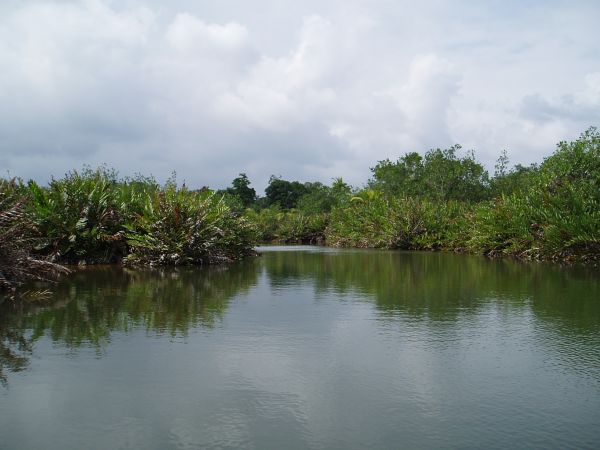 *** Tour to Mulatupu River (Ibedi Tiwar); we took our dinghy to the river by the corner of the school. The entrance of the river didn’t look attractive because of the brown water and some garbage. Once we got in between the mangroves, it slowly shows the beauty of the river and nature. Lots of birds peacefully gaze on things. Palm trees touching each other make beautiful sounds. We regretted that we motored not paddled making the birds go away. The river goes a long way. We went to all the way to the local cemetery. (*Bring some bug spray with you if you decide to do this.) 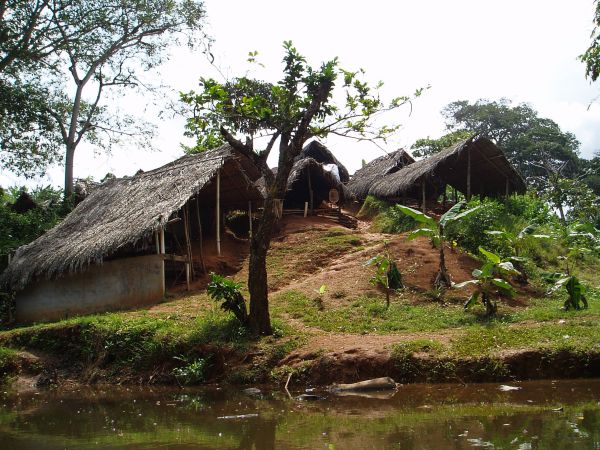 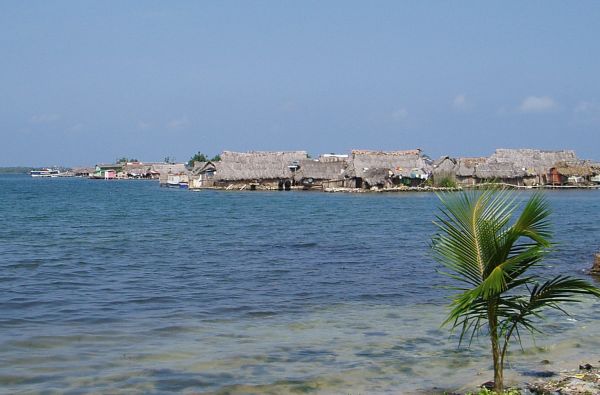 Congreso (Village Meeting Place) in Mulatupu Village in San Blas: There are two buildings: One for official meetings and the other is for social events. 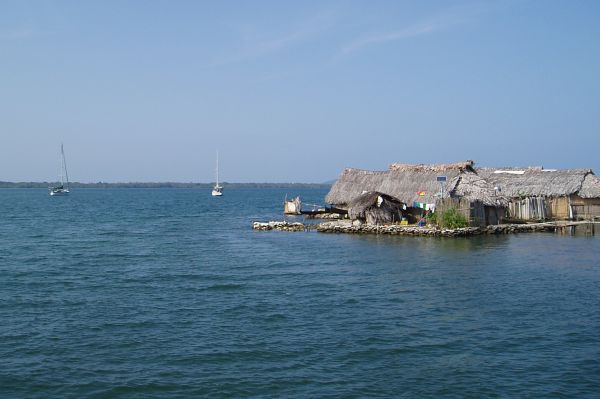 Typical Guna Houses with Toilet on the Water, San Blas/Panama 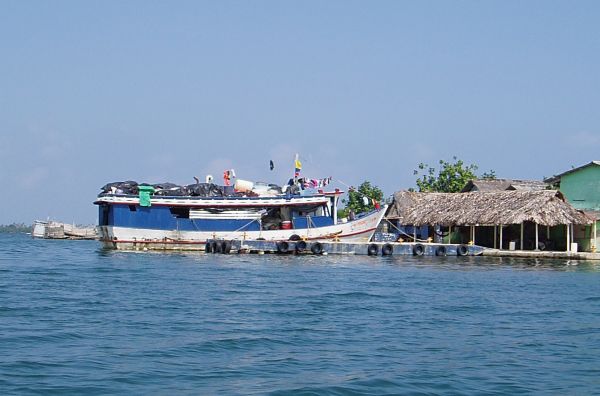 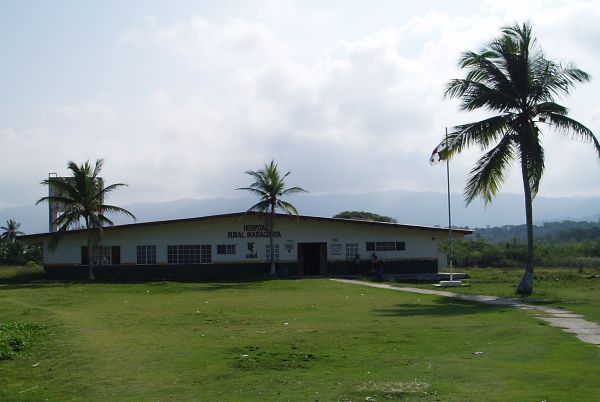