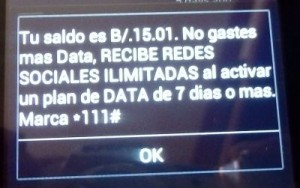 Overall, I am very pleased with a Panamanian Internet SIM Card (Digicel). It is easy to setup and the price is reasonable. 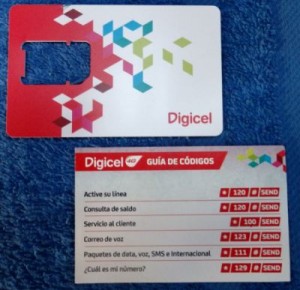 After leaving Sapzurro, Colombia, the first island in San Blas where I was able to buy a SIM Card was Ustupu Island. By asking people, I was able to find a thatched-roof hut to buy a SIM Card from a Guna lady. She brought me a 4G Digicel SIM Card (Cost US$ 1) and two US$ 5 refill cards (Cost US$ 10.50). No identification was asked. Configuration instruction was written only in Spanish on the card. When I couldn’t understand the instruction, I used a Spanish-English dictionary to look for the meaning of the Spanish words. 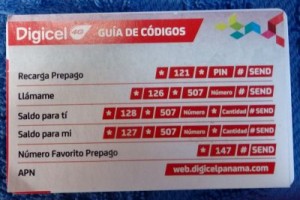 The internet connection speed was not good in the area from Ustupu Island to Snug Harbor (Playon Chico). I was able to get slow 2G speeds when everyone sleeps in Usutupu Island. We wanted to order some boat parts online but we even didn’t try because the speed was too slow. I wanted to check my online bank account but I gave up because it kept spinning in order to open my signon page. Instead of using my smartphone, I tried to use ‘Huawei Wifi Mobile Device’ with same SIM Card. The speed was the same: SLOW! There was another sailboat next to us. They had same experience. We concluded the reason might be the old transmitter on small remote islands. In the end, we used this SIM Card in Ustupu Island, only for checking emails. Once we reached Rio Diablo (Nargana/Corazon de Jesus) coming from Colombia, we were able to check bank accounts etc.

1. Inserted 4G Digicel Simcard into my Sony Xperia Android Smartphone (Unlocked)
2. I assumed that I need to activate my Simcard so I entered *120#Send (or Call button) using my Sony smartphone as it says on the instruction card
3. Scratch refill cards and find secret refill code numbers (PIN)
4. Enter *121*PIN#Send (*I did twice for two refill cards)
5. After receiving a confirmation message for balance amount (US$ 10), I followed the instructions.
6. I selected #1 for everything including data, call, text, international SMS
7. Next option, I select ‘15 days Option (US$ 9.99)’ with my balance with US$10. I received a confirmation message in Spanish as below. However, I was not able to connect the internet immediately.

8. At this point, I confirmed my balance by pressing *120#Send (or Call button)
9. I also activated again by going through the above setup #6, #7, and #8.
10. Right after I tried to activate second time, I received a message (this time both in Spanish and English) from an ‘Operator’ as below:

11. Two minutes later, I received a confirmation message both in Spanish and English as below.

13. During your setup, if necessary, enter APN (Access Point Name) as ‘web.digicelpanama.com’—I didn’t have to enter the APN on my smartphone but I had to on my Huawei Wi-Fi Mobile device.

I gave my new cellular number to another sailboat. It was nice to communicate by sending/receiving text messages from various islands. However, calling seemed like a different story. When I tried to call, I get a ‘Spanish Speaking Message’ which I couldn’t understand completely. I bought another prepaid phone card and charged my phone with an extra US$5. After charging with the extra money, I have no problem calling in Panama and to the USA.

When visited the town of Rio Diablo (Nargana/Corazon de Jesus), because my 15 days plan was expired, I bought more prepaid phone cards and re-activated for one more month (US$14.99 value).

A cruiser told me that by entering *120*3#SEND, I should be able to check the DATA balance. I tried but it didn’t work for me. It might be because I have a different plan.

I was informed that it is important to deactivate the current plan if I used all data before the expiration date. Then, recharge/re-activate. Otherwise, it may continue with old plan just consuming my new balance with higher rate.