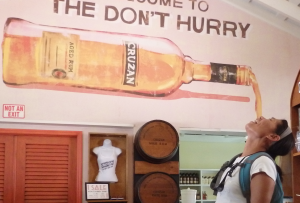 A Real early “Happy Hour” even before noon! St. Croix is the home of Cruzan Rum, “The Don’t Hurry” rum. We took a rum factory tour in the morning at a cost $8/person. The tour included four shots of rum and two cocktails. According to the tour guide, Jim Beam Whiskey bought Cruzan rum several years ago (*Now, it is owned by Beam Suntory; I found out later Japanese Suntory bought Jim Beam in 2014.), but Cruzan rum is produced only in St. Croix.

Cruzan ships the pure rum (Ethanol) to Florida by boat then to Jim Beam by trucks. We learned that rum cannot be more than 189% proof. If it is 190%, it is considered vodka. Mix and match is done in Jim Beam in the states. Flavor drinks seem to be very popular these days. There are 14 kinds of flavored Cruzan Rum.

I am not a rum drinker but my favorite is “Single Barrel Cruzan”. It is aged in a barrel for many years. By the time when it is ready, only 10% of rum is left in a barrel. The remaining 90% evaporates during the aging process through the barrels, this is called the ‘Angels Share’. 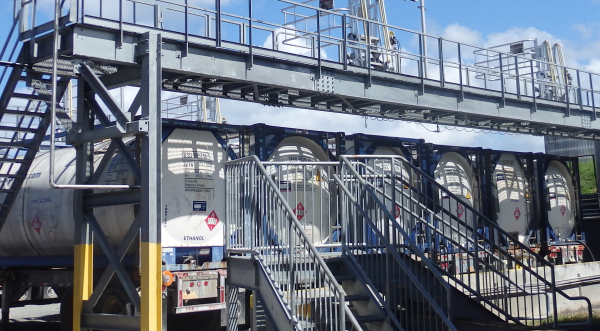 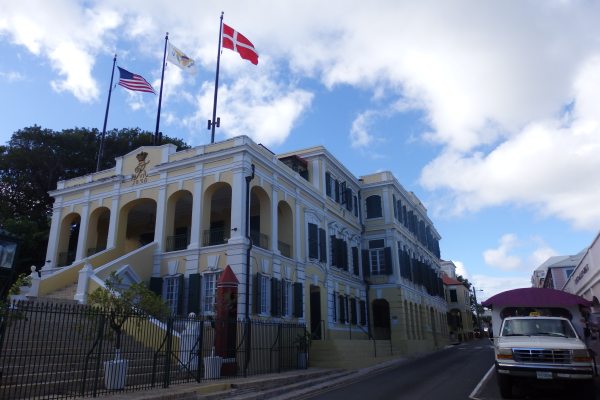 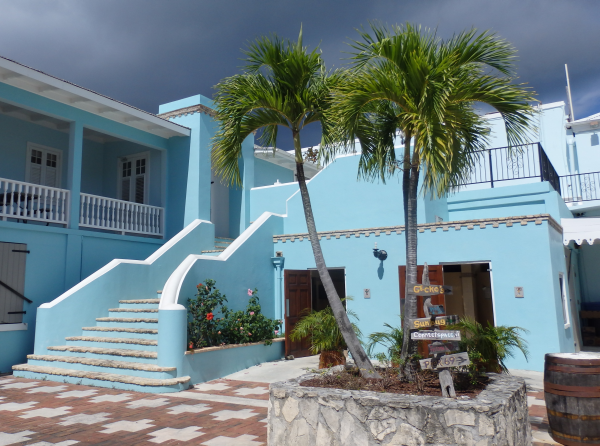 Building Near Restaurant 69 in Frederiksted 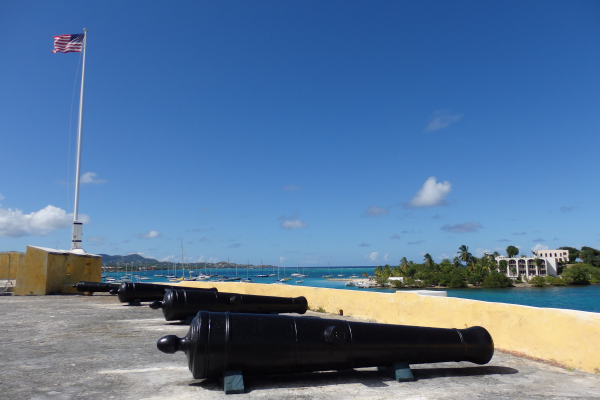 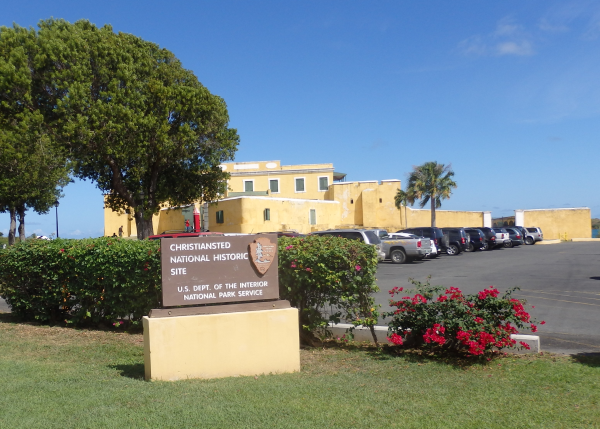 USVIs were sold ($25 million) to the United States by Denmark in the Treaty of the Danish West Indies of 1916. The main three USVIs are St. Thomas, St. Croix, and St.John. The name of Island St. Croix (French) was originated by Columbus. He called it Santa Cruz in Spanish (meaning Holy Cross). 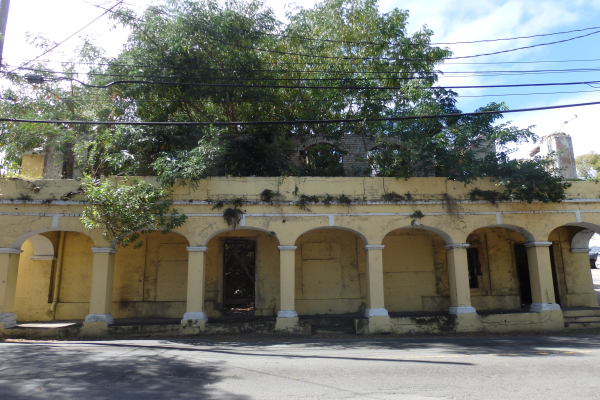 The weather in St. Croix is about high 85 fahrenheit (29 Celsius) and low 75 fahrenheit (24 Celsius) about year around. There are many retirees and snowbirds from the U.S. No passport is required for U.S. citizens to visit St. Croix. It is America’s Caribbean! There is no sales tax here. It takes about 2.5 hours of nonstop flights from Miami. For sightseeing, we took buses (=group taxi, $2.50/person) and walked everywhere. Beautiful water, European flavor in the architecture, and a nice breeze from Caribbean Sea. 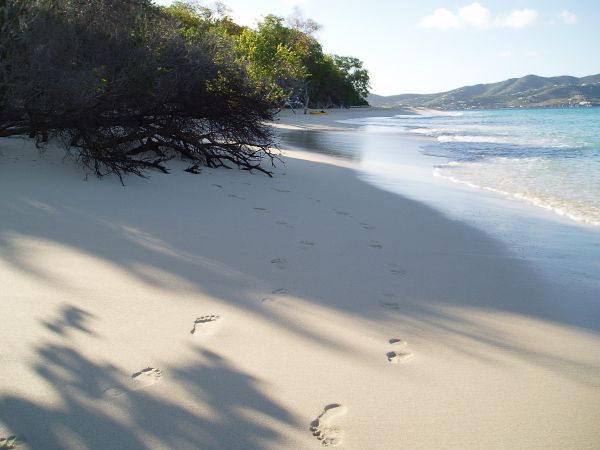 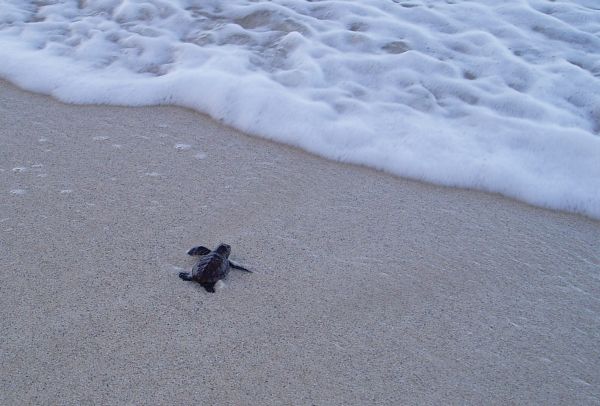 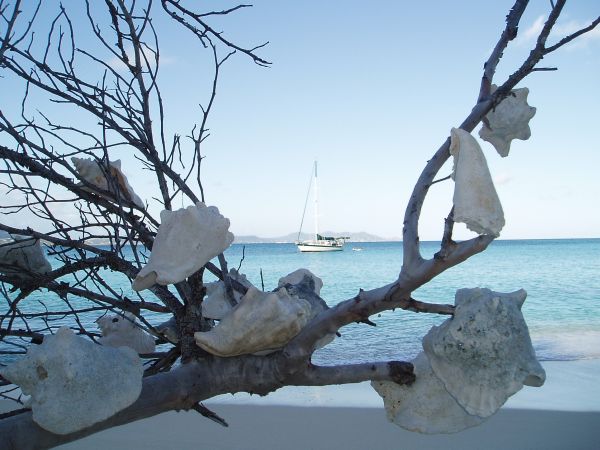 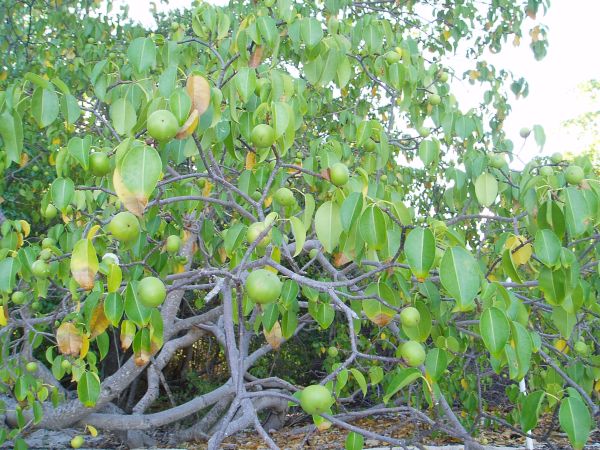 The Manchioneel tree produces a fruit resembling a small green apple, which is highly poisonous. Do not eat it!!!

Poisonous Manchioneel Fruit. Do Not Eat!!! 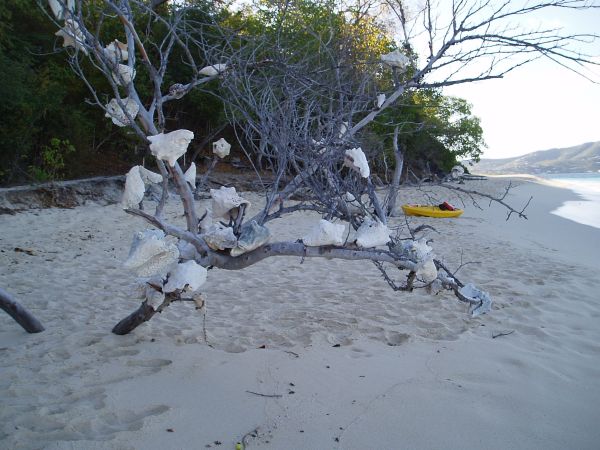 My Kayak Behind Shell Tree 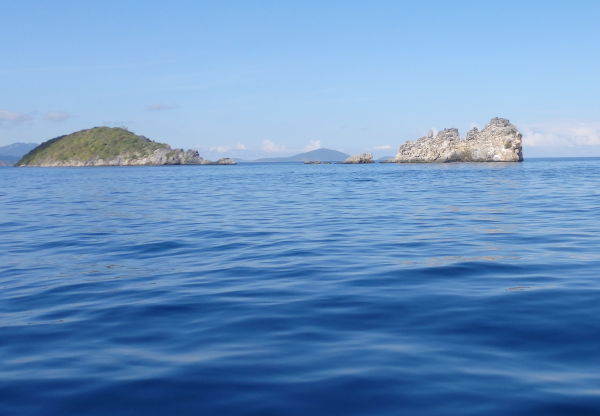 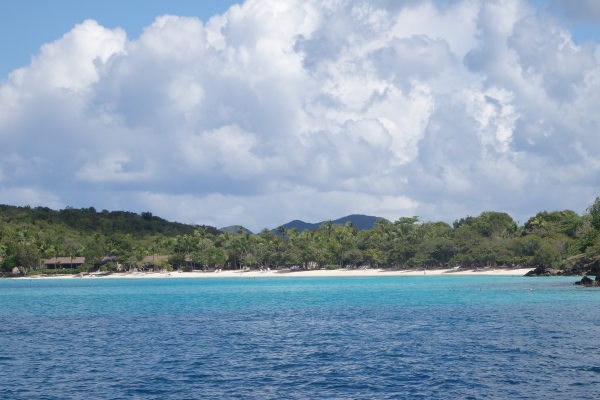