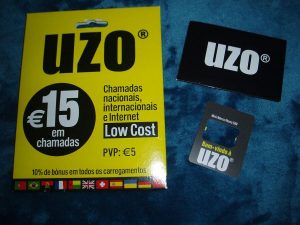 (July to October 2017) The first island we arrived at in the Azores, is Flores Island. It took us 14 days of sailing from Bermuda. The only SIM Card available in Flores Island was an “UZO” SIM Card. It was sold at the local post office. (CTT)

In bigger Azorean islands, there are other kinds of SIM Cards such as MEO and Vodafone. Most cruisers seem to use the “MEO SIM Card”.

Free WiFi is widely available in the center of each town and most of the marinas in the Azores and also in the Madeira Islands, run by the government. The Free WiFI speed is good and very reliable in the central area in town. However, I prefer to use the internet at my own desk without being disturbed. Besides, being at sea for 14 days, I had matters to take care of at my desk online. 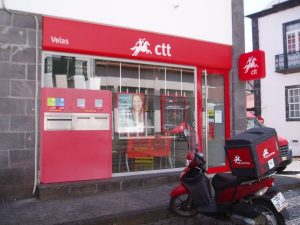 Arriving at the next bigger island, I thought about buying a new SIM Card from MEO but I didn’t. I continuously used the UZO SIM Card by adding more money and calling the customer service to renew the data plan.