Coconuts and Trading for a Living in Mamitupu Island 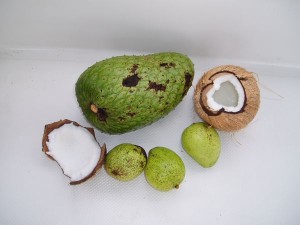 We arrived at Mamitupu Island just before lunch time. After we set our anchor, dugout canoes (Ulus) came to us one by one trying to sell their harvest from the jungle. We bought a bunch of green bananas, regular bananas, and limes from a different local canoe. Later, the village secretary came to us with the chief and vice-chief and asked us for a donation to buy rice for upcoming Village Christmas party. We cheerfully donated US$20. Next day, another man came to us for the anchorage fee (US$10). 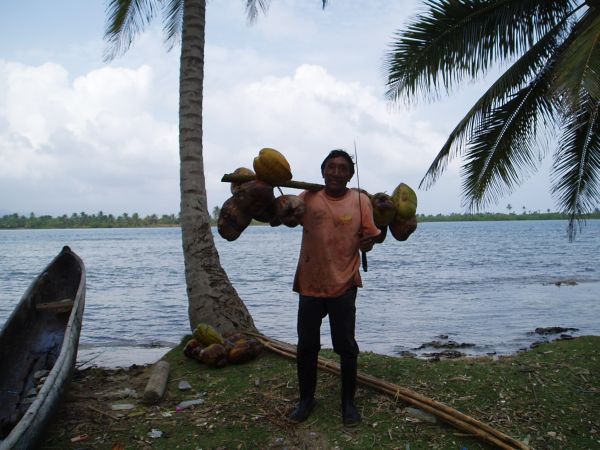 We bought some coconuts from him and also paid for taking his picture. I was informed the Gunas do not like to be photographed and sometimes they ask for a dollar. He did pose though, notice the machete!

The anchorage of this village is surrounded by reef. Entering the anchorage, we were very careful. One day, there was lots of lightning. Looking at the mast of the boat, we are the tallest thing in the island. We put our electronic devices in the oven just in case and turned off the Single Side Band radio to protect it from lightning. The only thing we can do after that is to hope for the best and not to hit by lightning. John also swam the anchorage to find out the distance from the boat to the reef in case we have to move the boat at night with a strong wind gust. 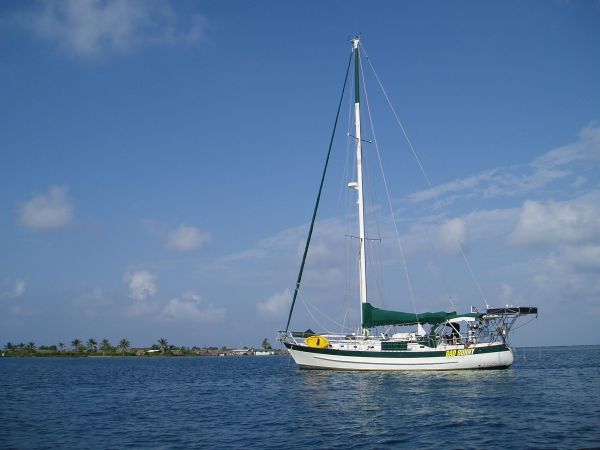 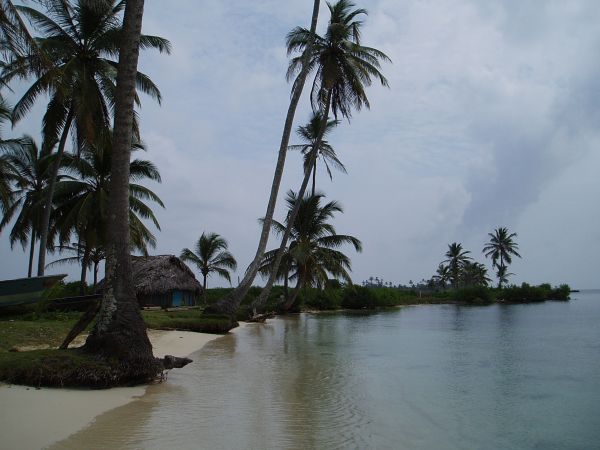 In the village, we watched a children’s soccer game on the concrete basket bowl court. Most kids were without shoes. Some with a sock or socks. A goal keeper wore a sock on his hand. Most Guna islands we visited so far, we saw children are playing with each other. At first we thought there are many children in the Guna Villages. Now, I understand that the kids don’t have the internet, watching TV might be limited because they don’t have much electricity. Instead, they are playing outside. We often see many boys in an island, spend time with a kite made from a thin plastic bag. Girls are usually around mother or grandmother watching them sewing Molas (Woman’s Blouses), a Guna hand art. 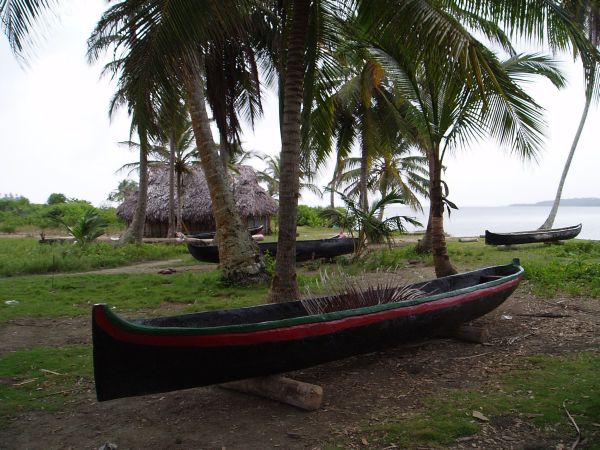 We went to the Congreso (village meeting place) at 3pm in Mamitupu. There were not many people and it was dark inside. They have the main meeting on Saturdays at 3pm. All village men attend the Saturday meetings. There is also a morning village meeting only for the village women. 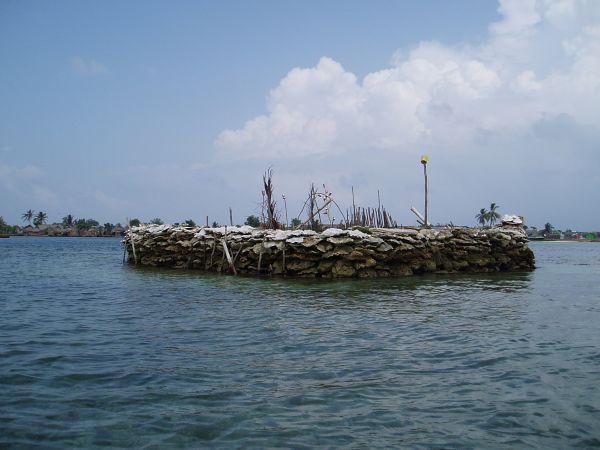 Soon to be an Island; I believe there will be a hut on a new island within a year.

One more thing! San Blas is a hurricane free zone. There are huts are at the edge of the islands. John told me if he lived on a Guna island, he would bring some soil or sand from somewhere little by little every day and make his land property bigger. We actually saw a guy making his own island by putting coral and rocks on the edge of a shallow reef then, putting soil little by little. I believe there will be a hut on a new island within a year.

Sun rises between 6am to 6:30am and sun sets 6pm to 6:30pm year around in San Blas. One day, I went out on the deck with a cup of coffee, just before sunrise. It was still dark around 6am but I saw more than 50 canoes going from the island to the river on the main land. It is like seeing lots of people going to a building to work in the morning in a city. Around 12pm or so, the canoes come out with their daily crop heading back to the island from the jungle. The main income source in Guna islands is by selling coconuts to the Colombian trading boats. The income is from labor intensive work: paddling, walking in the jungle, getting coconuts, and peeling the coconuts with machete. Each coconut was sold about 45 cents to a trading ship. If they bring average 10 coconuts a day, they may make US$100/month working six days a week. Paddling to land in the morning takes about 30 minutes with current and wind. Paddling back to island is against the current and wind, it may take one hour. Most village men are fit regardless age with strong arm muscles with no abdominal fat.