↓ Skip to Main Content
Home › Caribbean Islands › No Garbage Men on the Island, at Ustupu Island in San Blas

No Garbage Men on the Island, at Ustupu Island in San Blas

Three hours after we departed Pinos Island, we arrived at a new place, Ustupu Island. (Anchorage Fee US$15) There are two villages on this island: Ustupu and Ogobsucun. Ustupu Island is the most populated island in San Blas with around 10,000 people (Both Villages). Approaching the island, we saw lots of plastic trash floating on the water. 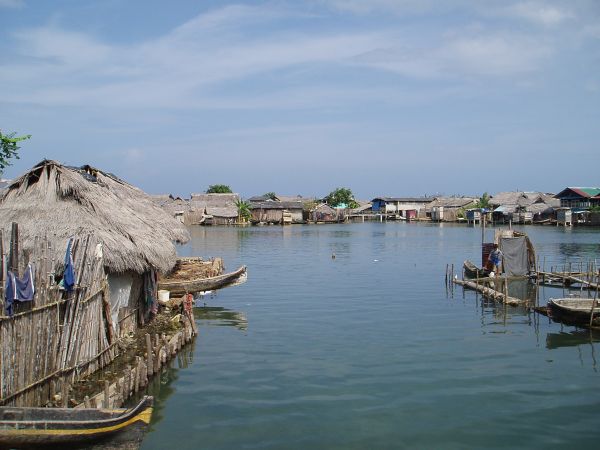 After seeing many islands, it is common to see piles of plastic bottles, old flip-flops, and Croc shoes (some fake) on shore or in the water. These days, where people live, everyone uses so many plastic bottles and packaged products. I am one of everyone. Seeing this much of garbage on beautiful islands and in the water, I keep telling myself to generate less garbage. I won’t live forever but with this trend, I am not sure how the future of all the beautiful islands and ocean will be. 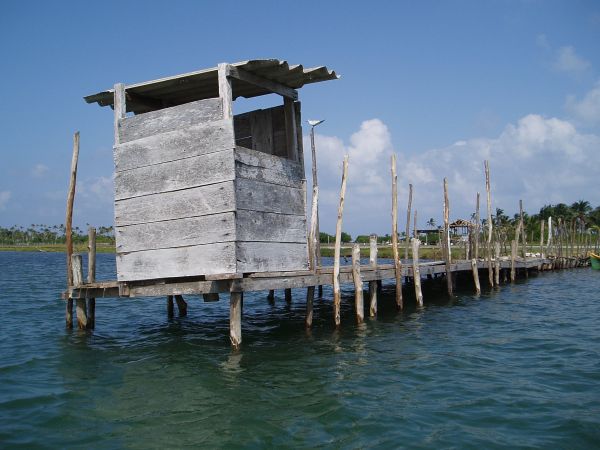 Once we anchored, I went inside the boat to check our cats. John asked me come outside quick. He saw a villager take his canoe out to middle of the bay and dump all his garbage into water, just like tossing the garbage in the dumpster. There are no dumpsters on the island. For them, water is the dumpster. Walking in the village, we saw a girl take out a bucket and dump all the garbage in front of her water front hut. We thought at first, she dumped only bio-degradable garbage but it included baby diapers, razor blades, plastic bottles, and etc. What else can they do with it? There is no garbage man in the island… Why not burn it all? But that would cost gasoline to start the fire, a central location, a fire person, and etc. 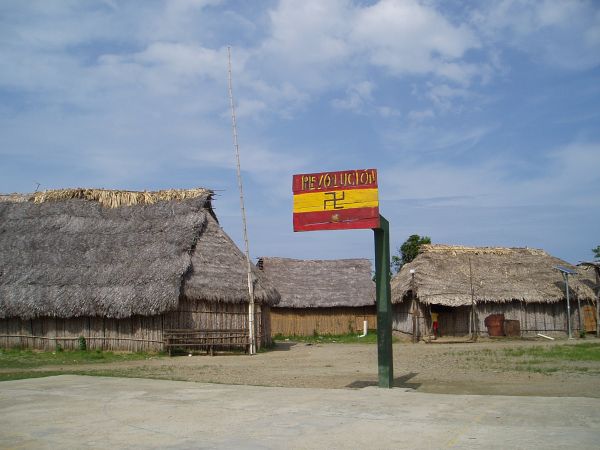 Ustupu is the birthplace of the great Nele Kantule, the Guna’s most important spiritualist. 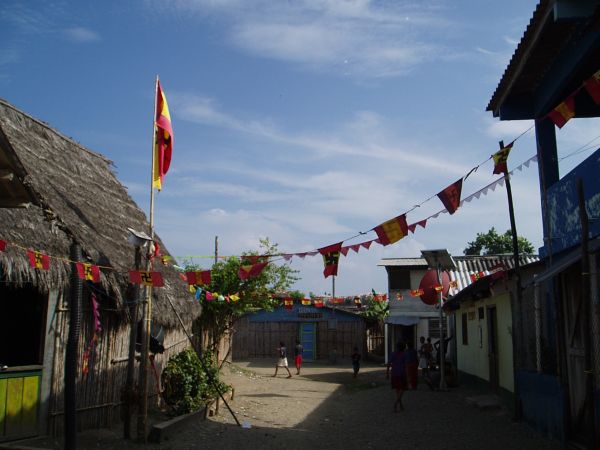 Kids playing kites up in the sky

Walking in town, some people spoke to us in English and showed us a small Guna museum. An artist showed his paintings. I pointed out that some woman on his paintings look like Chinese. He showed slanted eyes so we laughed. They were very proud that their most spiritual leader was born on this island and buried on a nearby island. According to a local person, Nele Kantule fought for revolution in 1925 to keep the Guna Yala. It is the 90th anniversary this year. We saw lots of the symbols of the revolution in town. Somehow, the symbol is same as the Buddhist symbol in Korea which is the other direction of Nazi symbol. 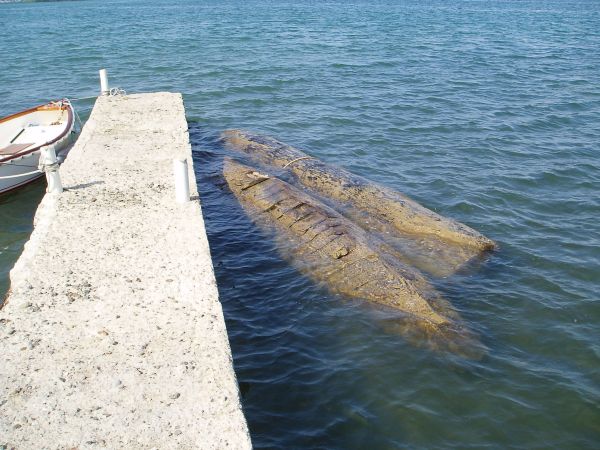 Soon To Be Ulu (Dugout Canoe)

After asking some people, I was able to get a Panamanian simcard (4G Digicel) from a thatched-roof hut. When I visited the hut to buy a simcard, they were cooking lots of fish inside the hut. A lady brought me a simcard (US$1) and two US$5 refill cards (US$ 5.25/each). Activation instructions were written in Spanish. I managed to make it work. My activation is good up to 15 days with US$9.99. However, I am not sure what island I can have the internet connection on after here. The speed was too slow to check other than emails. The best time to use the internet is when everyone sleeps such as 2am or 4am. During daytime, I kept losing the connection. In the evening, I didn’t even get any connection. It is a 4G simcard but with maybe 2G speed when I have a connection. It seems the transmitter in the village can handle only 2G speed. It makes sense that it is too expensive to bring new technology to island. 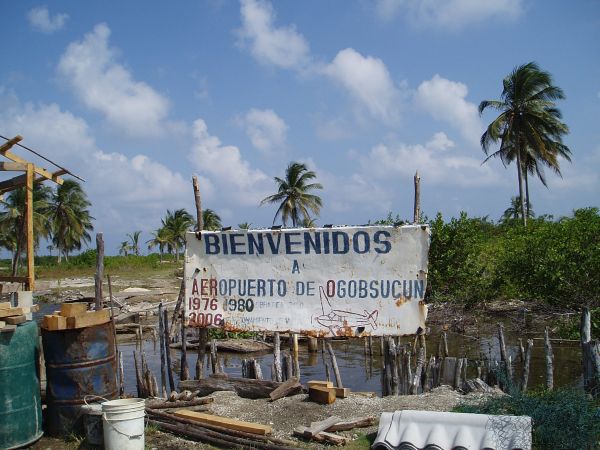 Ogobsucun Airport Next to Ustupu Village

***We wanted to visit the nearby river, Sugandi River by dinghy. There was a warning sign saying we needed to get permission from the village chief. We were directed by one village (Ustupu) to another village (Ogobsucun) to get the permission. The chief from Ogobsucun asked us pay for anchorage fee even though we paid to Ustupu village. We decided not to visit the river. 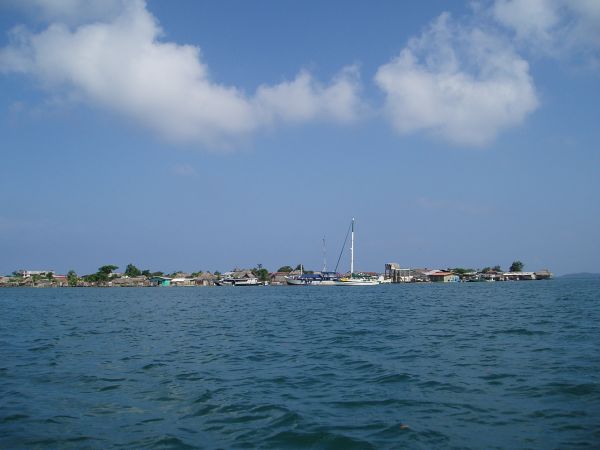