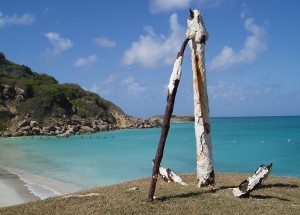 According to history, it was used by pirates to stash their booty and also Freemasons to hold secret meetings. There is a Cave (Almeida Cave) named for a pirate who laid his newlywed bride to rest after she was killed at sea and he returned every year to line his bride’s coffin with treasure. 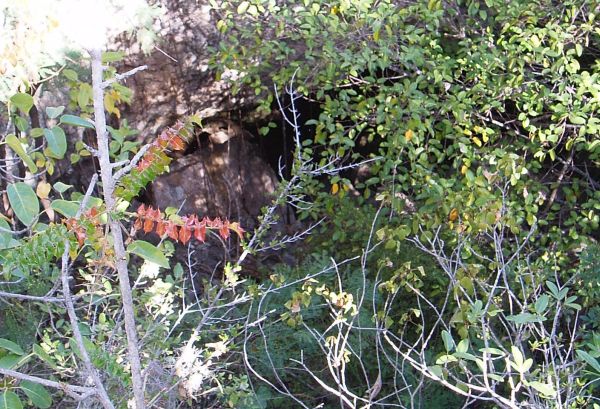 Almeida Cave, named after a Portuguese pirate, Jose Almeida. He sealed his bride’s embalmed body in a glass box, protected by a copper coffin that he placed in a cave. He would return to the island, pay his respects to his true love, and leave a part of his newly acquired treasure with her. 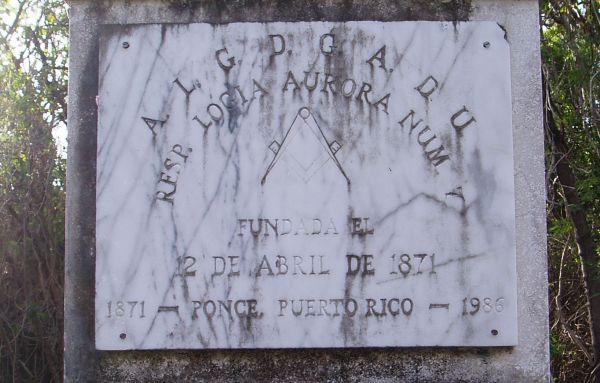 Salinas is a good place to be stuck but staying at Salinas for a month was unexpected. Before leaving the U.S. Territories for a long time, we wanted to get all the required documents and delivery orders. The office girl gave us her WORK address with her HOME zip code mixed. The US Postal Service delivered the mail with hand written addresses but some mail had a computer filled address that changed the delivery city to match the zip code. These packages went to a la-la land and were finally returned to the sender. To get them resend it was complicated. Dealing with an eBay seller (only by email) and calling a government office (waiting and waiting) was not a smooth task.

Yucky growth under our dinghy bottom by staying at Salinas Anchorage for a month.

Sailing from Salinas to Coffin Island was short downwind sail using the jib pole. Sailing with the jib pole still scares me. It is heavy and is complicated to set up correctly. There are four lines that have to be set correctly to control the pole and when there is a jib pole problem in the open ocean, identifying the cause and correcting the problem with blowing wind and rolling waves is difficult. This time the jib sheet wrapped around the extendable end of the pole fitting which necessitated bringing the pole inboard, untangling the line, re-extending the pole, setting the fore and after guys and re-positioning the topping lift all with the boat rolling and pitching in seven foot following seas. Both of us shouted each other and John finally asked me to stay in the cockpit so he could take care of it alone. John once was almost killed by it when he was sailing alone, the pole got out of control and almost swept him overboard. I have been hesitant to use the jib pole all along but John believes in ‘practice makes perfect’. Like everything else, in the end, practice makes us improve, if we don’t get hurt by it… 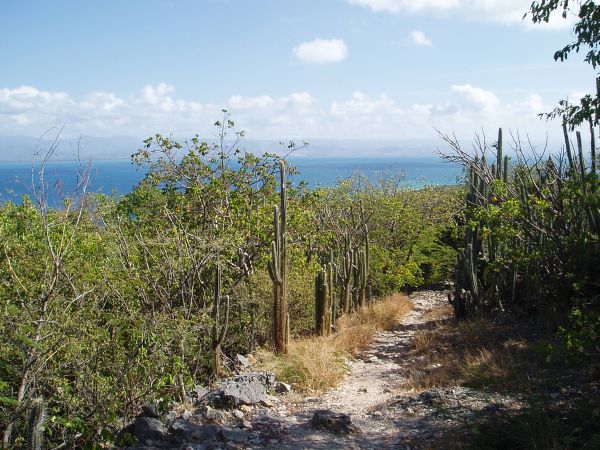 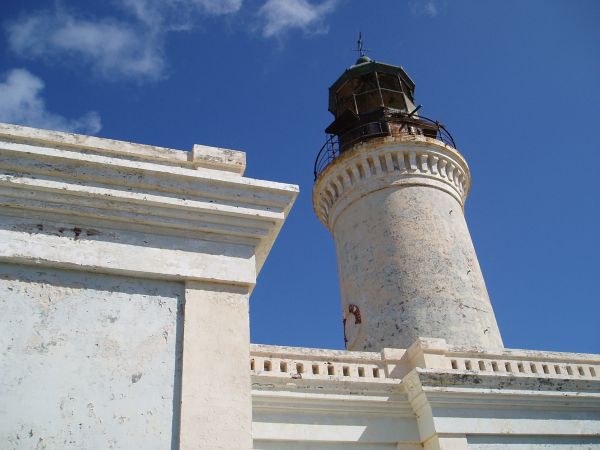 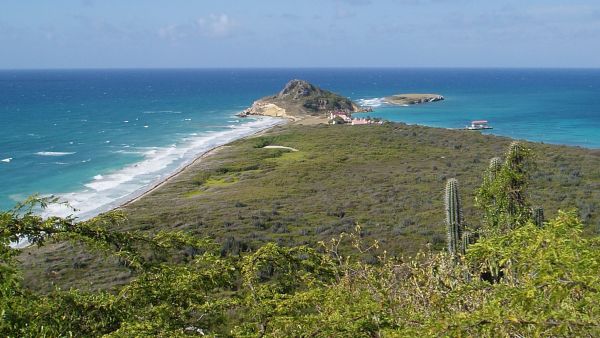 Coffin Island is easy to access. It is about 7 miles (one hour by ferry ride) from Ponce, the second largest city in Puerto Rico. There is a ferry that departs at 8:30 a.m. from Ponce and returns at 4:30 p.m. to Ponce on Saturdays and Sundays. (Roundtrip Ferry $25/Person) There are many gazebos at the picnic area and shady spots on the beach. Either sitting under a gazebo or at the beach, a fresh cool breeze and picturesque beach offers a relaxing day in paradise. 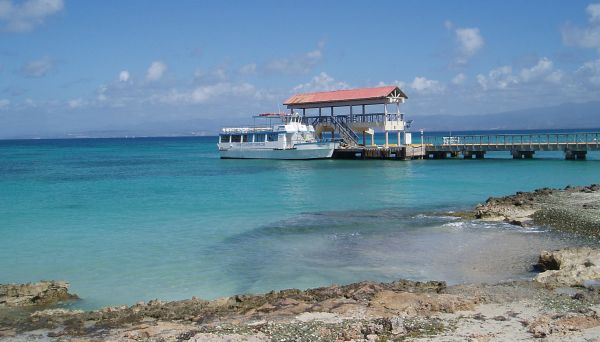