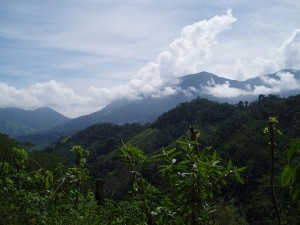 Doing the Lost City Hike was the top on our things to do list in Colombia. It sounded mysterious, visiting a lost city in the jungle. It is only available through a tour company. We did the Lost City from October 27 to 30, 2015 with the guide, Edwin Rey who has been working for TurCol company as a guide for 25 years. ‘I saw all’, he said. His father was a part of the ‘Lost City’ discovery team and his son is now studying ‘Archelogy’. ‘Lost City’ was destroyed by ‘Gold Hunters (?)’ when it was found in 1975. Therefore, no treasures and histories are left except the stones. The restoration took many years. It is now attracting people from all over the world. 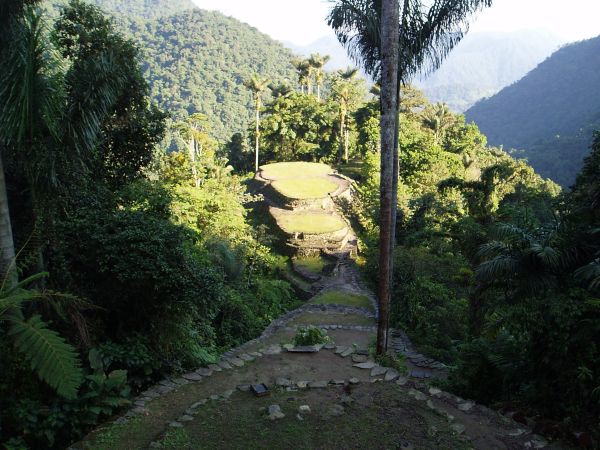 The residential terraces were built in ascending order starting in the area known as “the Gallera” the central terrace being the last to be built. The roads down a road network that connects the various structures and the whole system has a complex urban water management. 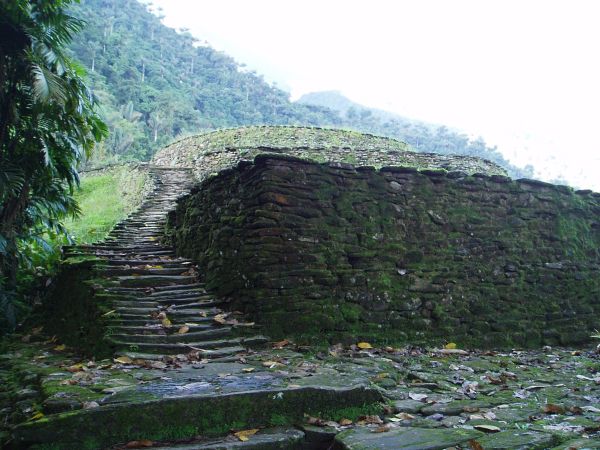 After more than thirty years of research in Teyuna Lost City, archaeologists have located more than two hundred structures, scattered in about thirty acres. They are remnants of homes, roads, stairs, homes, plazas, ceremonial and assembly buildings, canals and storage areas. 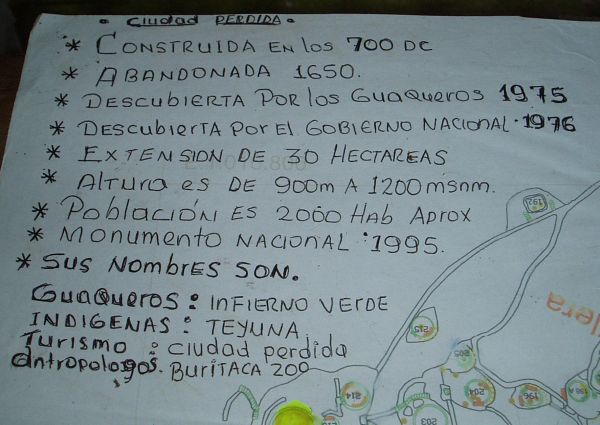 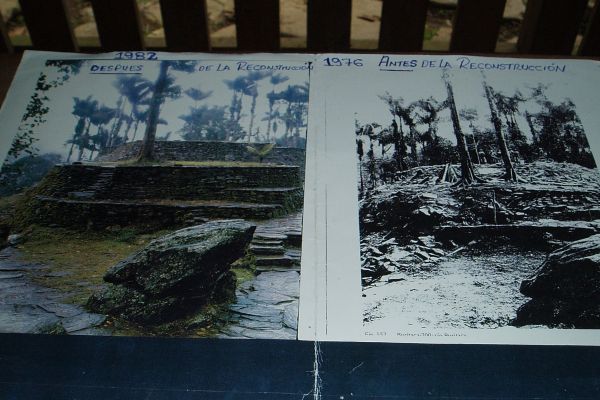 Since 1976, year of discovery, and after several years of restoration, the archaeological park was opened to visitors in 1981. (Picture source provided by Edwin Rey, our guide) 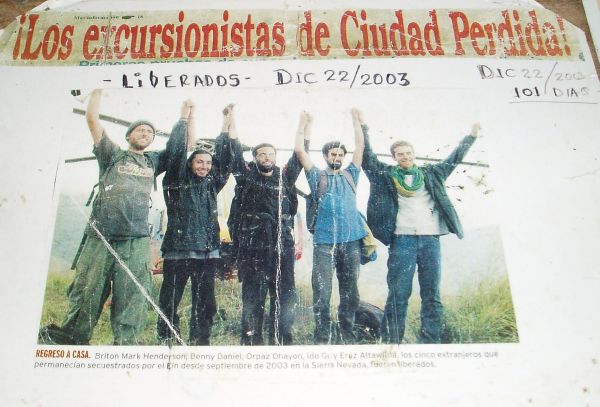 A group of tourists were kidnapped and rescued in 2003. 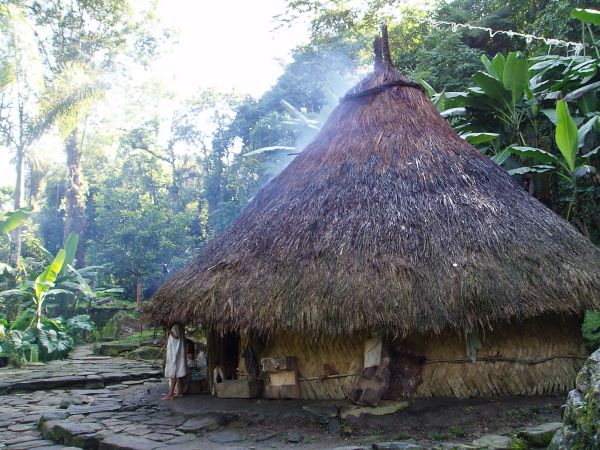 Traditional Tayrona House: Built in wood, mud, palm and vines, Tayrona house had a circular form without divisions inside. Roofs were cone shaped, which according to the indigenous word-of-mouth tradition, represent the Sierra Nevada Mountains. They were inhabited by the members of the same family, who lived around the fire, which provided them with heat and light. It was also used to cook and the smoke worked as an insect repellent. 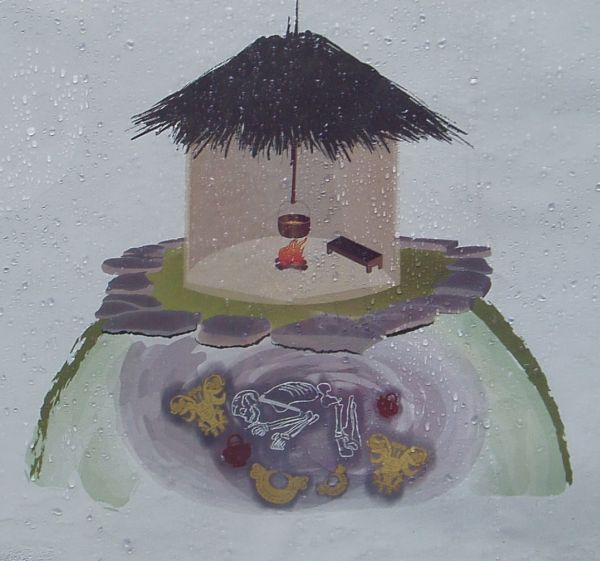 Traditional Tayrona House: The family tombs were under the houses. The dead were buried with offerings, according to their social level and gender.

Our four day jungle hiking started with beautiful green hills. Our guide, Edwin stopped and showed us ‘Coca Leaves’ which is the source of Cocaine. ‘Imagine, it takes 15 kilograms of coca leaves to make one kilogram of cocaine?’ he said. The mountains used to be covered with coca bushes until not too long ago. Coca bushes used to be on those green hills. At that time, the tourism wasn’t much because local people were making lots of money from the drug business. 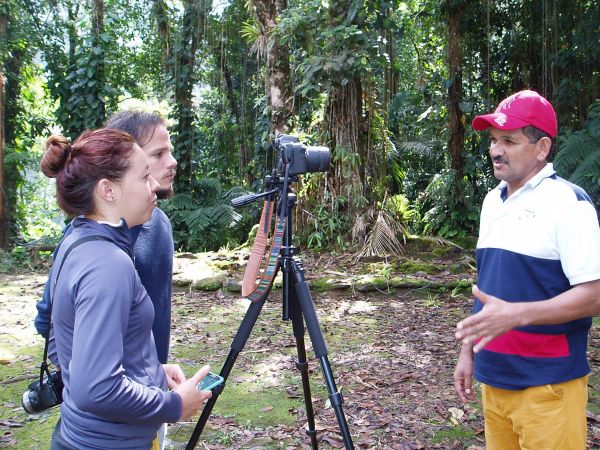 Our guide, Edwin Rey was being interviewed by a conservation team from Spain. 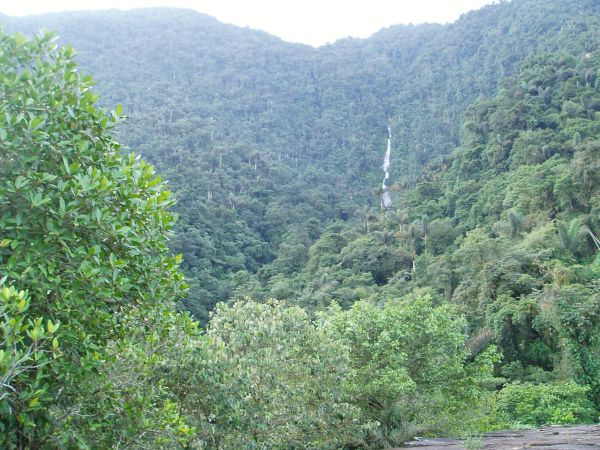 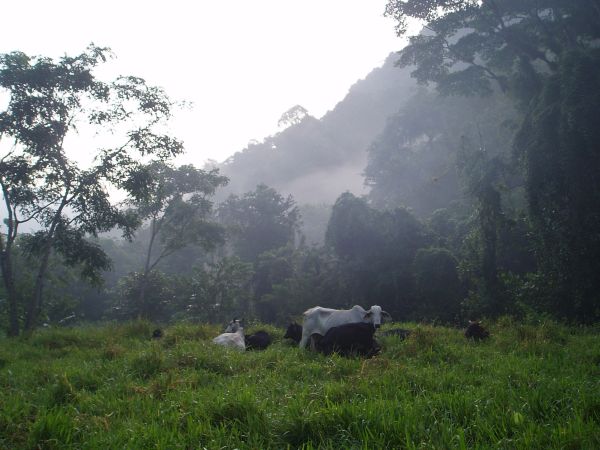 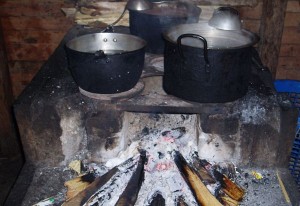 Colombia used to be known more as the home of the cocaine king, Pablo Escobar who was most likely the first criminal billionaire in history and the richest and the most powerful lord in the cocaine history. Pablo Escobar even once thought about running for president of Colombia but he realized it is easier working behind the scenes bribing and corrupting the Colombian officials. He got caught and shot to death in 1993 at the age of 44. As the drug war has ended, more tourists are visiting Colombia these days. 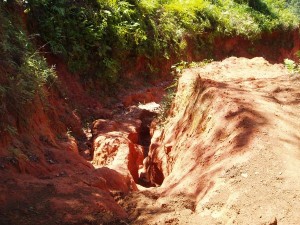 Hiking Trail with Red Clay. We had rain every day afternoon during our stay.

It was very hot and humid during our hike. In the afternoon, it poured every day. The time we visited was the rainy season (September to November). After hiking each day, jumping in the cold water river was so awesome. Each break, we enjoyed eating delicious tropical fruits. At the first camp site, we met people from England, South Africa, and Germany. During our trip, we met hikers from Taiwan, Canada, France, Switzerland, and Colombia. People often compare ‘Lost City’ to ‘Machu Picchu’ even though they are very different. The main difference is Jungle hiking crossing rivers and sleeping in the jungle covered with a mosquito net. I used lots of bug spray but was still bitten by mosquitos. Of all, I will remember the ‘Lost City’ with a picture of an indigenous child ‘Nacio’. He is a kid from Shamen who lives in the ‘Lost City’. When we hiked there in the early morning before sunrise, Nacio was running around with bare feet. For him, it is a treasure city building beautiful childhood memories in the deep jungle mountains. 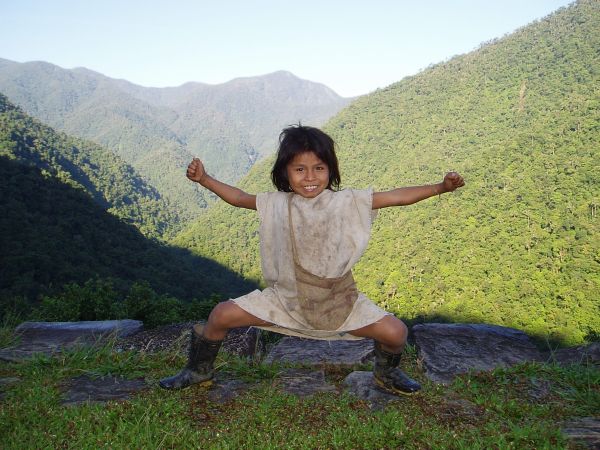 ‘Nacio’, an Indigenous kid . His family (Shaman) lives in the Lost City.