Sailing in the Canaries, Charming Weather Year Around 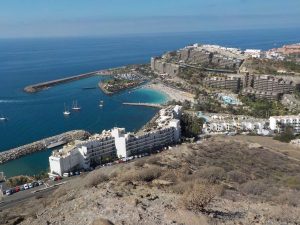 Some say the Canary Islands offer an Eternal Spring Climate year around. We have been enjoying the weather in the Canaries very much. It is about 21 Celsius (About 70 Fahrenheit) with sunny days and a beautiful blue sky. If living here, one would hardly need an A/C or a heater.

It doesn’t seem to rain much in the Canaries. The islands we have visited so far (Eastern Side Islands: La Graciosa, Lanzarote, Fuerteventura, Gran Canaria, and Tenerife Island), they look rocky or sandy. Many hotels and restaurants are all over on the islands. Development keeps going making more hotels and vacation properties. Thinking about the water supply for millions tourists, I believe water maker technology has helped the Canaries a lot: making water from ocean for daily use for about 14 million tourists per year. 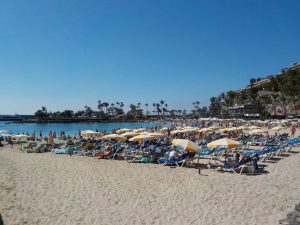 We went to the airport in Tenerife to meet one of John’s friends visiting us from Switzerland. While waiting at the arrival gate, we were shocked by a continuous stream of tourists arriving. It looks the Canaries exist for tourism these days. Lots of tourists are from Northern Europe, they are pale and don’t look like they have seen much sun. Some advertising materials are only in Finnish, Dutch, Swedish, and Danish. (No English!) For Northern Europeans, the Canaries offer what they want: Sun and Beach! 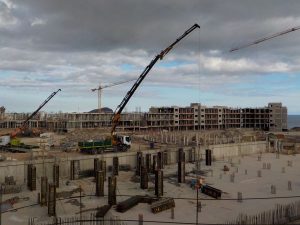 For sailing in the Canaries, be aware of the “Acceleration Zone” between the islands. It is real. There are some areas between islands where the wind gets very strong without warning, about 10-15 knots stronger. Sometimes, it changes from no wind to almost like a squall. One day, we started motoring due to no wind. Then, felt the wind, got happy, and raised full sail. The wind got too strong too soon. While boat was going at what seemed like jet speed with full sails, we had to change the sails to a small size (Second Reef). Changing the sail in strong winds is tough but necessary. John made sure he was wearing a “harness” attached to the boat, just in case, as it was night and we don’t think one would be able to rescue a man overboard during this type of situation.

PS: One day, while motoring, I practiced “Rescue at Sea Mission”. We threw a life jacket at sea as if a person is overboard. Proudly, by driving the boat in circle, I was able to rescue the life jacket. However, I question myself if I can rescue it, when wind blows crazy, the sea is rough, and all sails are up. 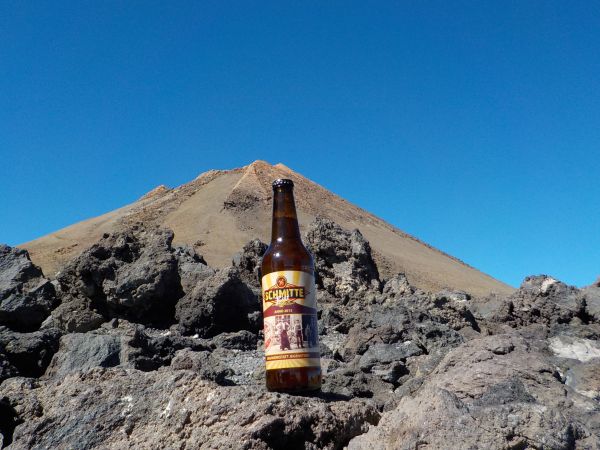 Schmitte Beer from Switzerland. Toni (John’s Friend) owns the company. We celebrated our hiking and friendship at the Teide Mountain, Tenerife Island, The Canaries, Spain 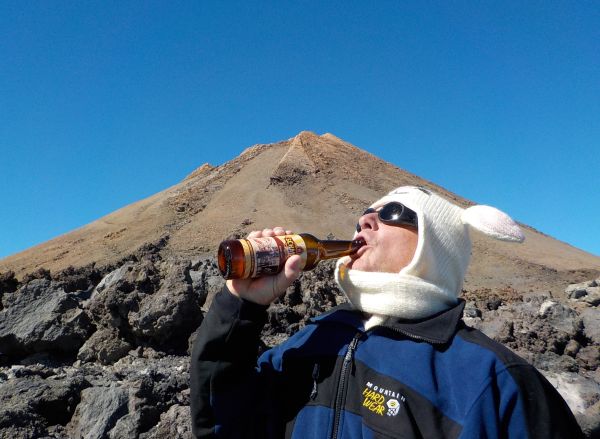 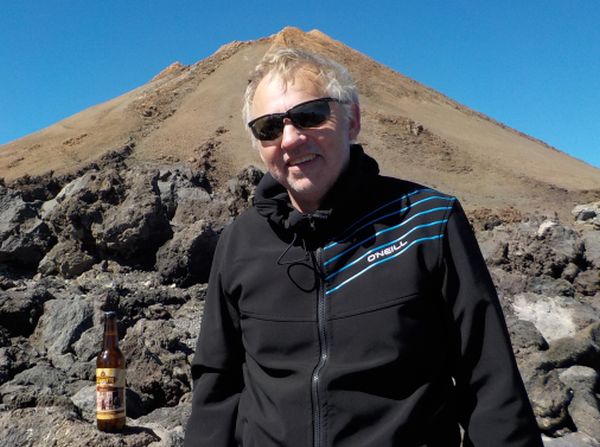 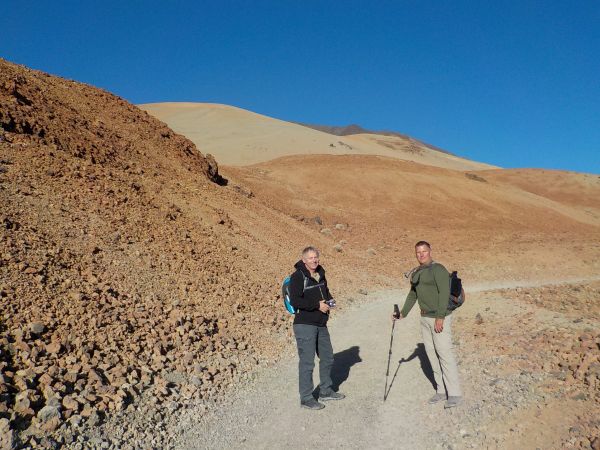 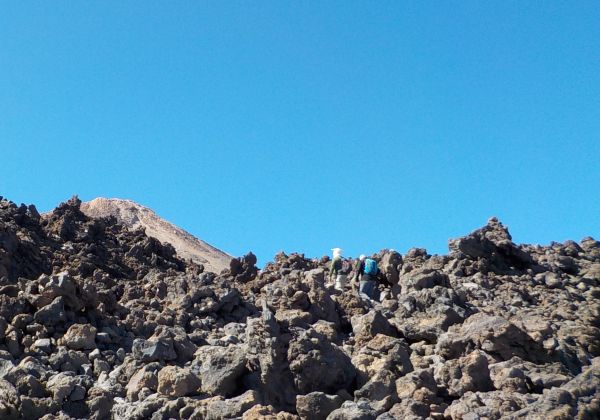 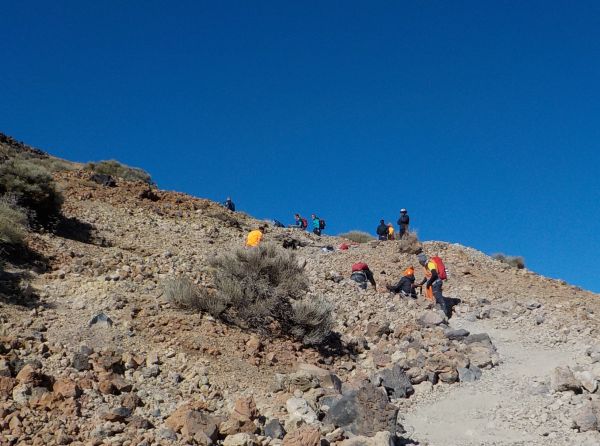 A Para Athlete on Wheelchair (Second from Bottom) Hiking on the Trail, Teide National Park, Tenerife Island, The Canaries, Spain 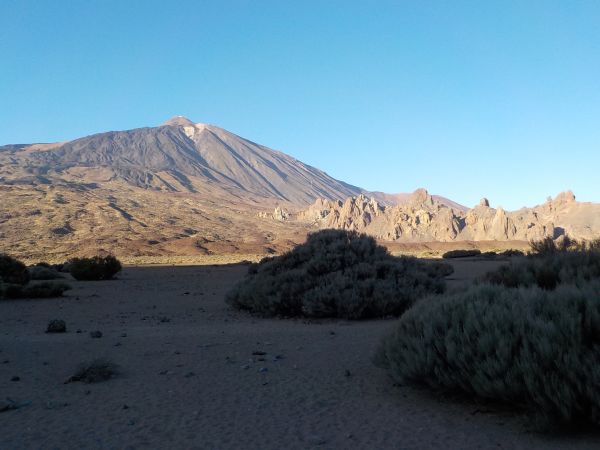 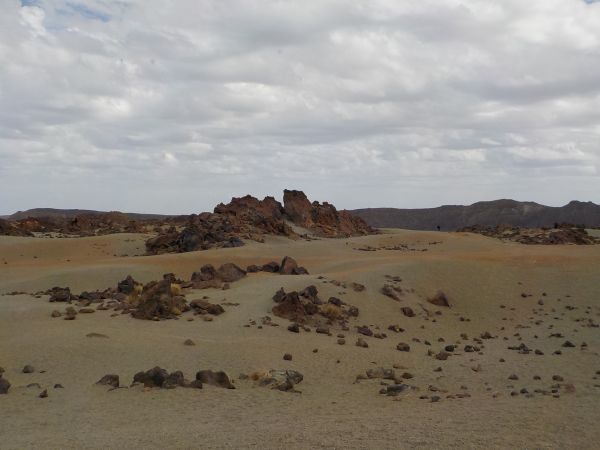 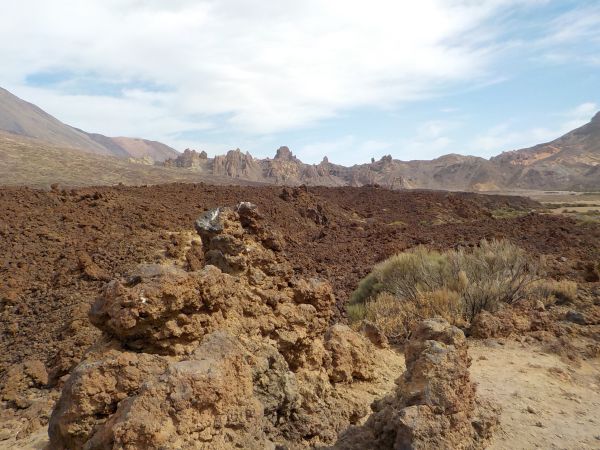 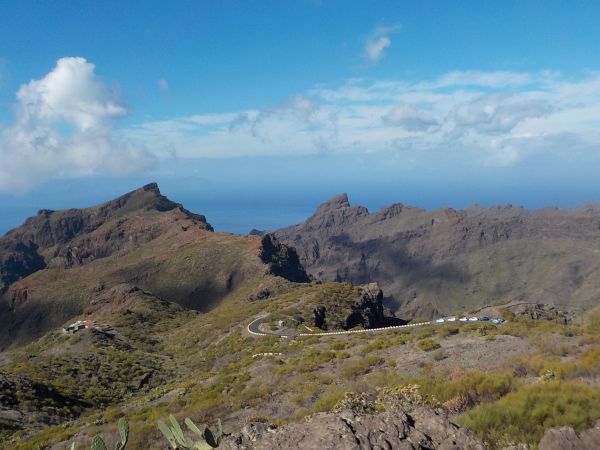 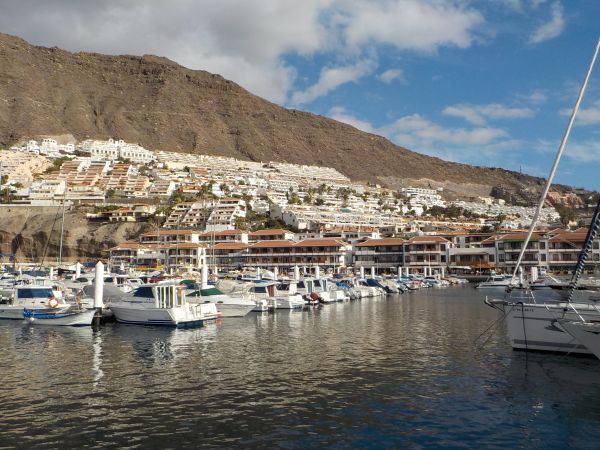 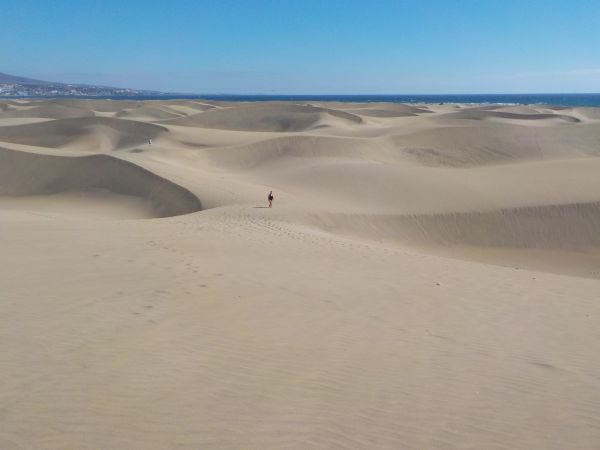 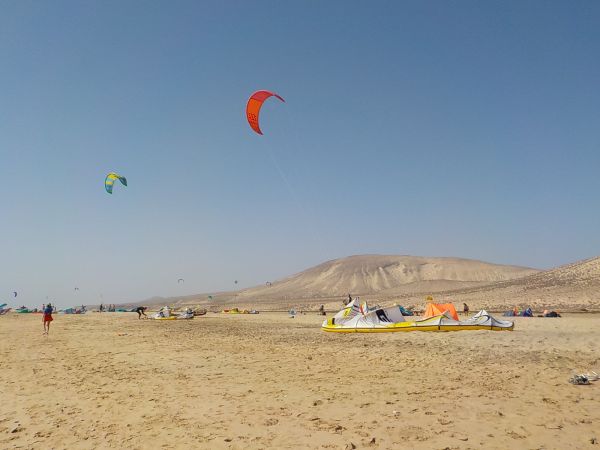 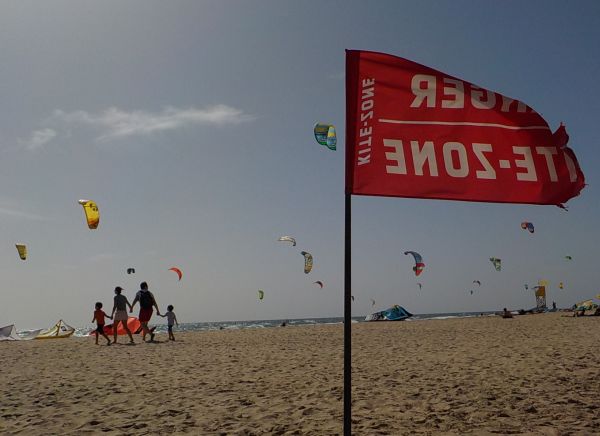 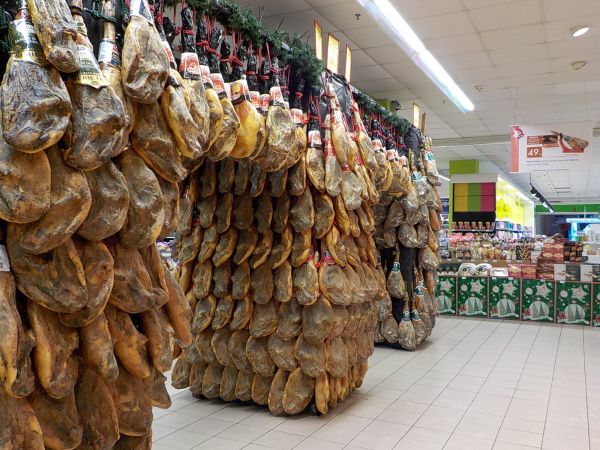