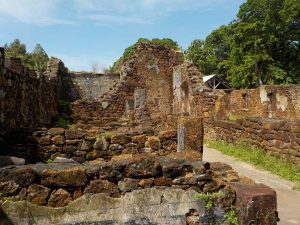 (January 9 to 10, 2018) The ruins of an old French Prison on the Salut Islands were interesting, especially the solitary confinement. I watched the old movie “Papillon”, as this is where he was imprisoned, and finally escaped. I understand many prisoners died because of the hardship in the tropics. Despite of seeing some cute jungle animals during a half day strolling on the island, I had enough of the island because it was hot and humid. We went to back to the boat. 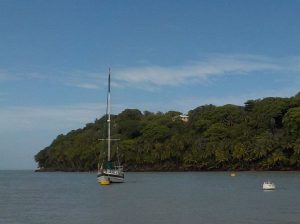 S/V Bad Bunny Tied to a Yellow Mooring Ball in Salut Islands, French Guiana. Later, We were told all mooring balls are not for private yachts to use.

A loud horn woke us up when we just started taking a nap in preparation for night sailing to Suriname. Our plan was to leave at midnight. Looking out, there were two French Navy ships right next to us. They told us that the mooring balls are not for us to use, “Leave now or anchor somewhere!” We were using one of the yellow mooring balls at that time. Earlier that day, we saw another sailboat struggling to remove an old car tire from their anchor when they lifted the anchor up from the bottom. We are not anchoring here. We raised the sails up seven hours earlier than we planned.

At first it was beautiful night sailing and watching the shooting stars in the clear sky! Then, the wind died. We dropped the sails and motored. The next night, we arrived at the Suriname River channel at dark, midnight. Our original plan was to arrive here early in the morning. Going through the long entrance channel will be challenging at dark but we decided to try instead of waiting for daylight wandering at sea. When we were ready, there was a huge freighter ship coming to the channel. We talked to the Maritime Authority Suriname (MAS) on the VHF radio. They told us to wait so that the freighter goes first. 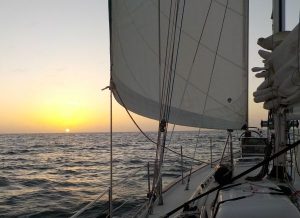 Sailing at Sunset from the Salut Islands, French Guiana to Suriname

The Moon didn’t come out until 4am. We made a 120% effort to look for channel markers at dark. Missing one, and a bad thing could happen. Being tired and tense, we wanted to drop an anchor at the river mouth but it was too rough. For the next six hours, we motored up the channel carefully and nervously, the GPS was perfectly right. Arriving at the Domburg anchorage in Suriname River, we couldn’t see any free anchoring space because of fog and darkness. Knowing the current is still behind us, we drove 6 more miles up the river into the jungle. When we arrived at the Waterland Marina Resort around 6am, it was still dark. Waiting for daybreak, we saw an empty spot and tied our boat up at the marina just before sunrise. What a relief! We managed to drive the boat for 42 miles into a jungle river in the dark. Feeling proud, I sensed all my nerves quickly relax. Everything can wait… The sun started coming up but I curled myself in my cabin and fell asleep in a second. 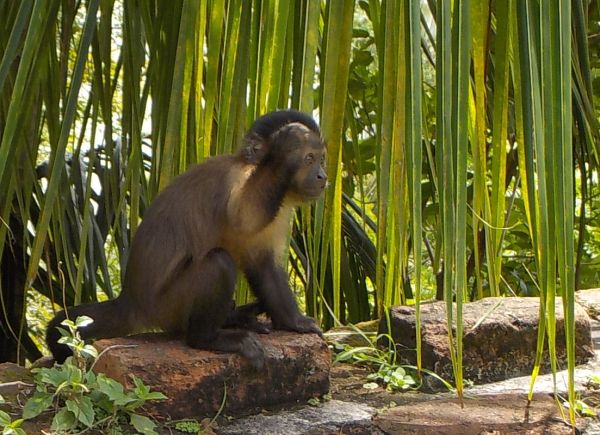 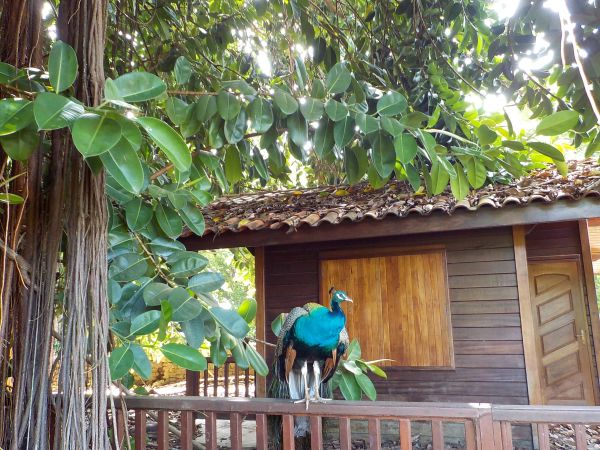 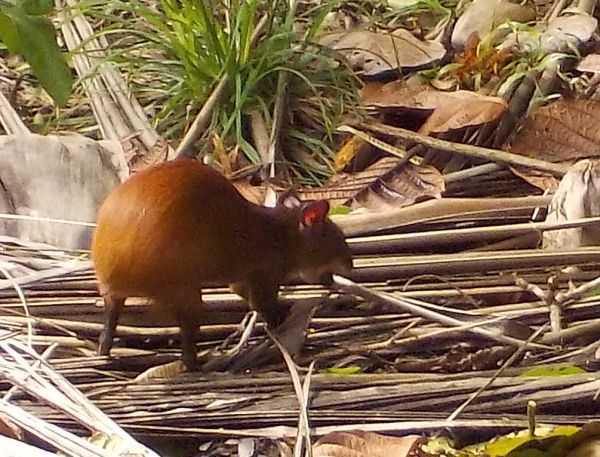 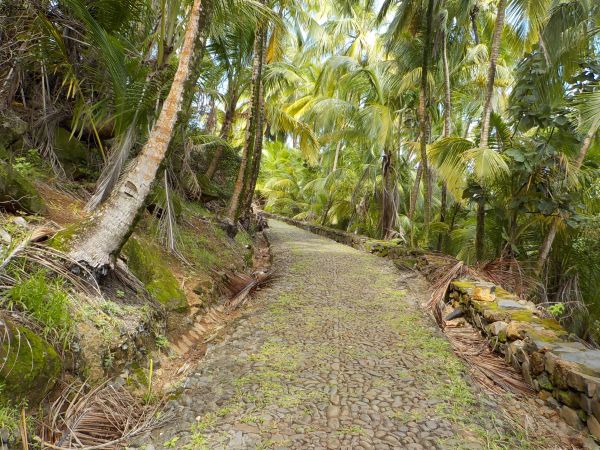 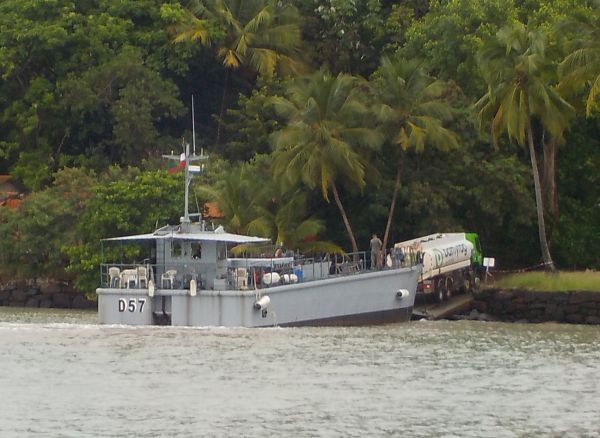 Fuel Delivery Truck Landing on one of the Salut Islands, French Guiana