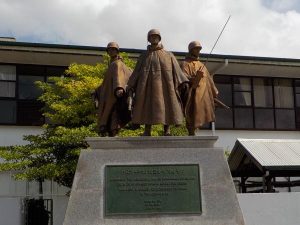 Monument in the Memory of Surinamese Veterans in the Korean War, Paramaribo, Suriname

Suriname is for me the most harmonious melting pot country among all the countries I have visited so far. Some people were originally from Africa, India, Java/Indonesia, China, and Europe. Life and business are all multi-cultural without barriers. People speak Dutch, Taki Taki (Surinamese Creole), and English.

For the next two days, we drove to the jungle and explored the capital city, Paramaribo. We had Chicken Curry Roti (24 Suriname Dollar, about USD 3) for three lunches in a row. My next favorite dish is ‘Saoto’ Soup (15 SRD, about USD 2) in Warungs (Small Family Owned Javanese Restaurant). ‘Saoto’ is a clear broth soup with fried potatoes, bean sprouts, and one boiled egg in it. It comes with rice I can add to the soup. Most places serve it with hot crushed habanero pepper sauce. Adding a pinch to the soup, it kicks the flavor.

One day, John rescued a Sloth (very slow animal) on the road. When he lifted the animal, it very slowly hissed at him. The other day, a neighboring boat in the marina, showed me some monkeys in a tree. One night, we were awoken by a strange loud sound. It was howler monkeys talking very loudly. We want to experience a lot of Suriname but we have been sick, flu or cold. Our rental car has been waiting for us in the parking lot for days. I finished my cough syrup and anti-biotics but am still sick. Maybe more ‘Saoto’ soup with a big spoonful of habanero hot sauce can help? 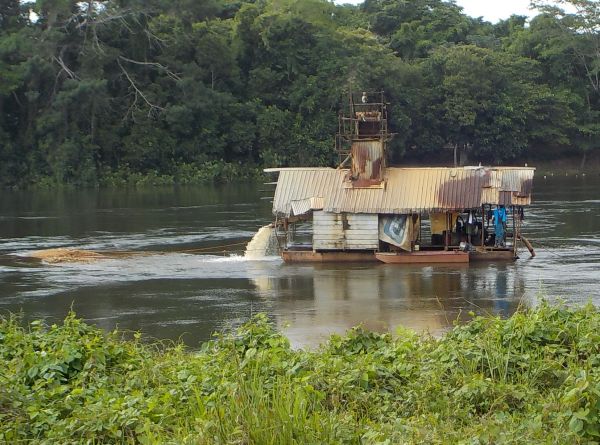 Mining in the Suriname River, Suriname 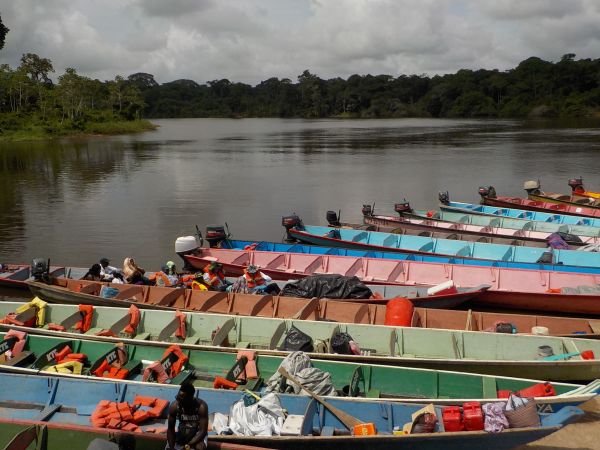 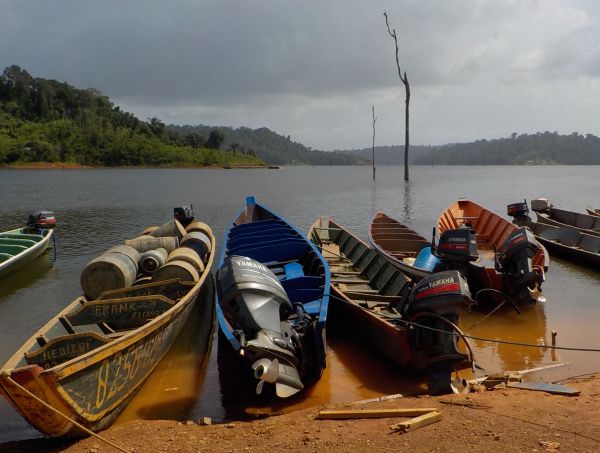 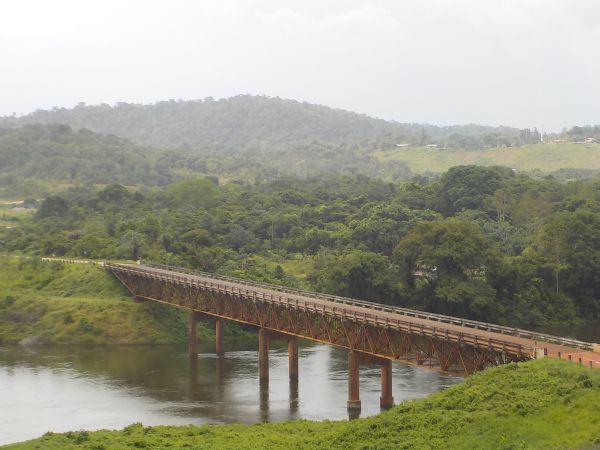 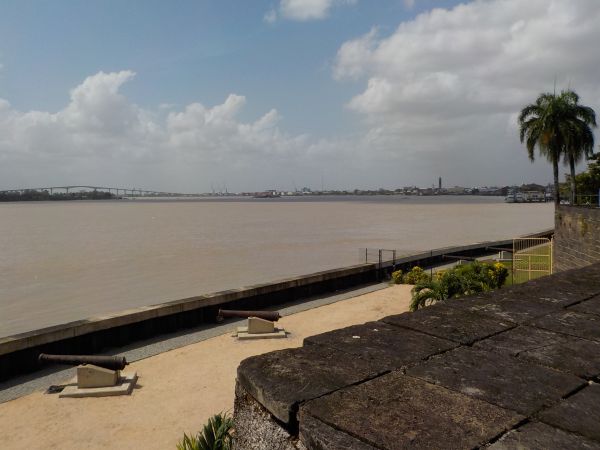 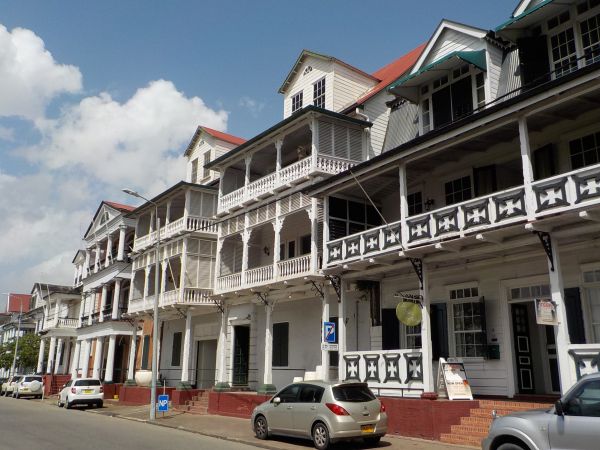 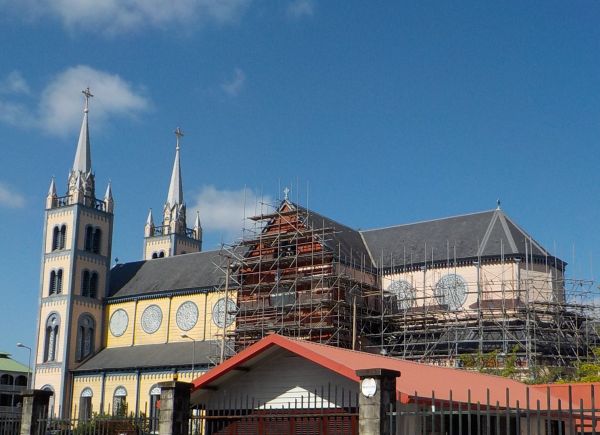 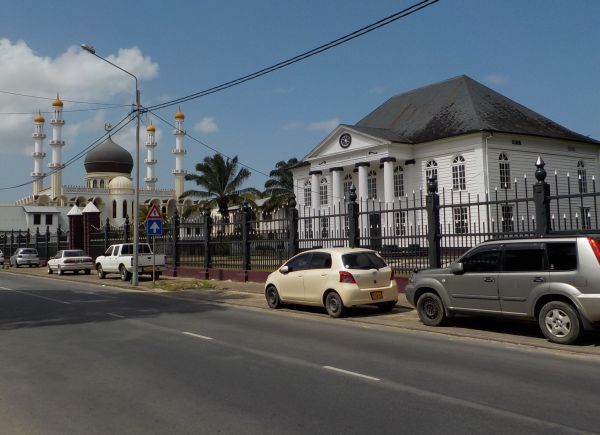 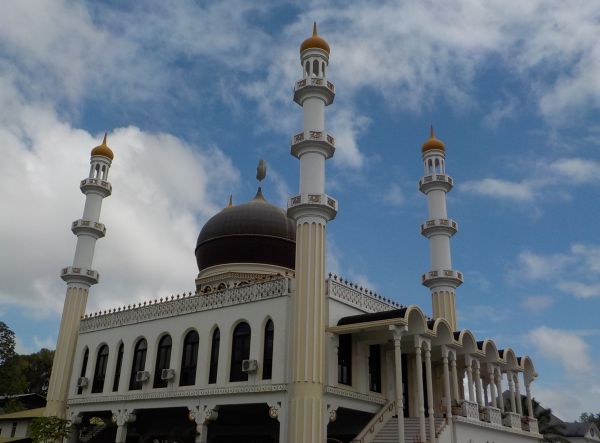 A Islam Mosque in Paramaribo, Suriname