The wind led us celebrate Thanksgiving in Saint Augustine, VERY OLD city. Wandering the city with the crowd, it is as if I came to Europe. I am thankful for this journey. 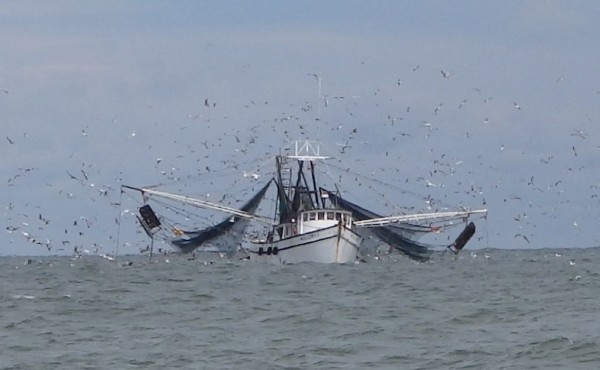 Shrimp Boat Followed by Birds Near the St. Augustine Channel 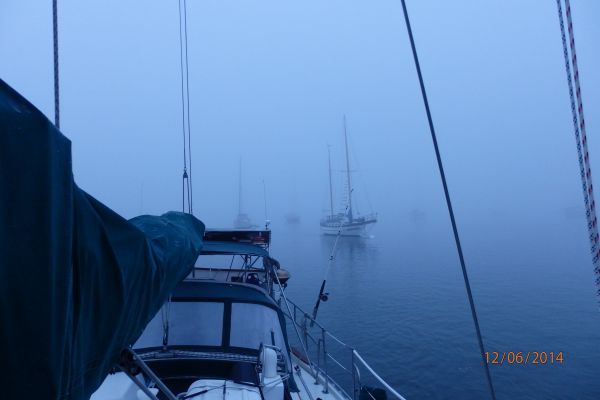 Foggy Morning at the Intracoastal by the St. Augustine Municipal Marina 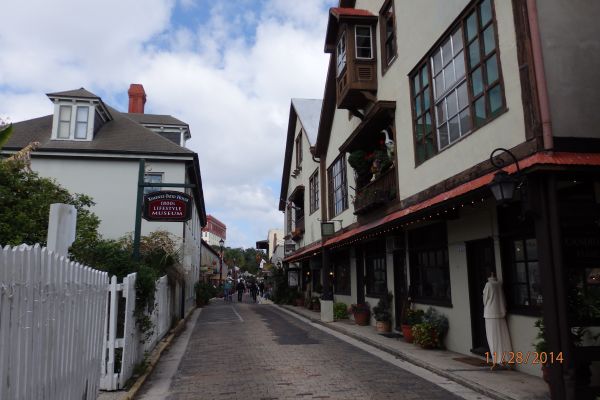 Unexpectedly and painfully, we are staying St Augustine an additional two weeks to replace an anchor windlass system. When we were ready to leave, we struggled with releasing/lifting the anchor chain. Then, the old windlass system broke a gear off inside. Without a windlass, we cannot anchor the boat. While waiting for a new one (92 pounds), we found a local wood worker (for a new teak wood base) and local stainless machinist (for frame cover). Very costly error for time, money, and frustration of self-installation doing it on the boat far from the land. 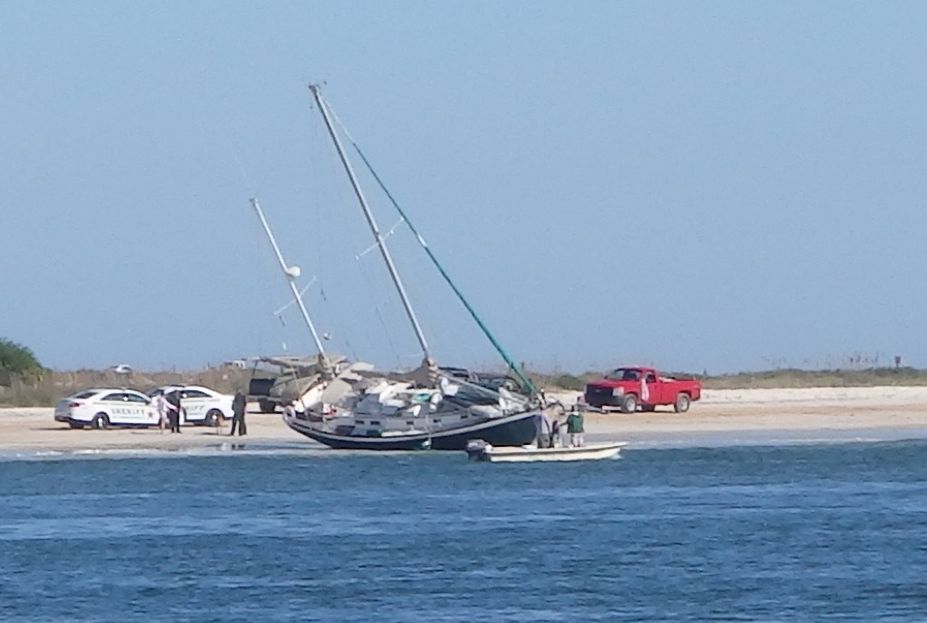 Other sailboat accidentally ran aground by the Channel. One hour after seeing this boat, we found our own problem-“the old windlass system broke a gear off inside” (Cost about $5,000 and lots of pain… but more sightseeings in St. Augustine)

Old Jail: Long time ago, prisoners were leased out to individuals and large companies to do various jobs. They slept chained together by the ankles in wooden buildings. 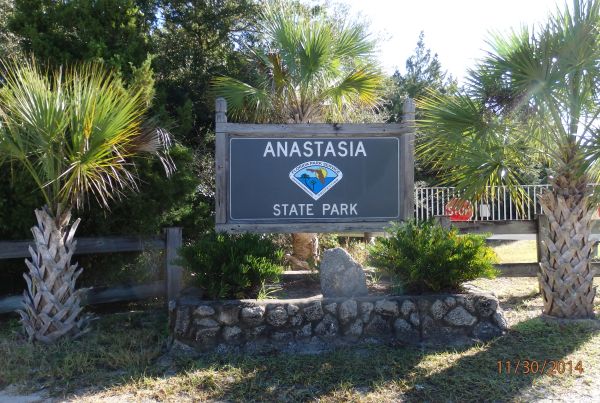 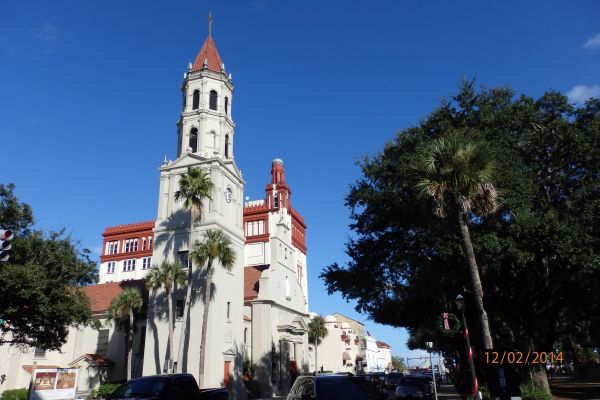 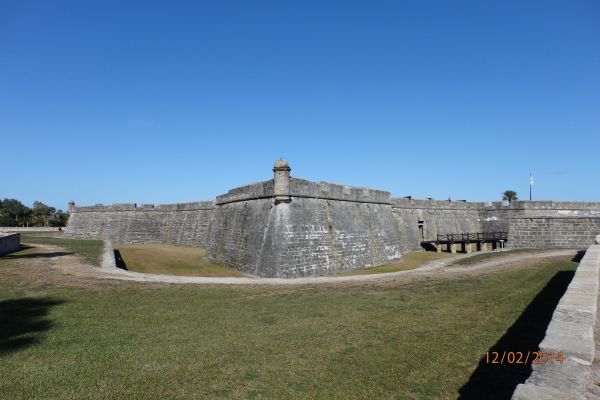 Castillo de San Marcos: Spain’s Queen Regent Mariana ordered the construction of a new fort made of stone realizing that St. Augustine was the keystone in the defense of the Florida coast. 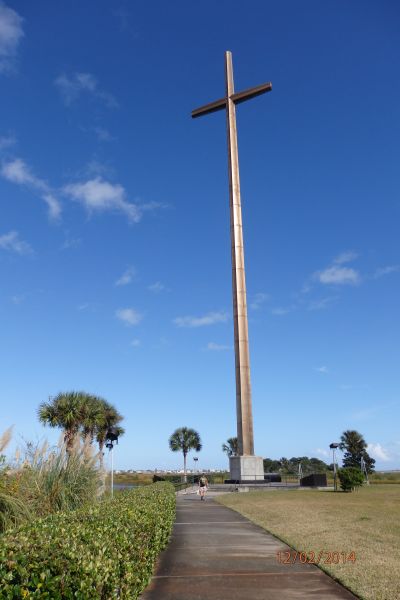 The Great Cross, elevated on September 8, 1965 to commemorate the 400th anniversary of the founding of the city of St. Augustine and the mission of Nombre de Dios. 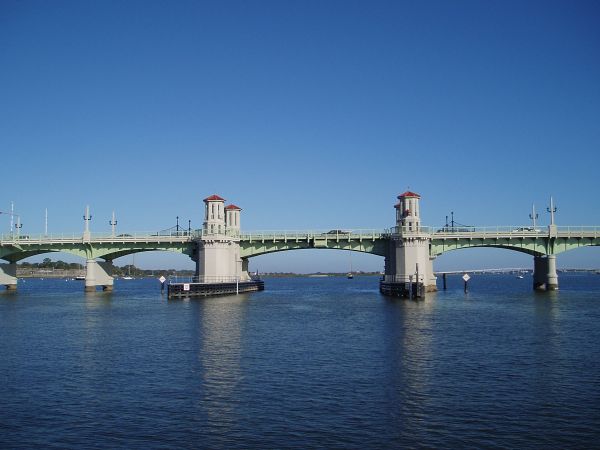 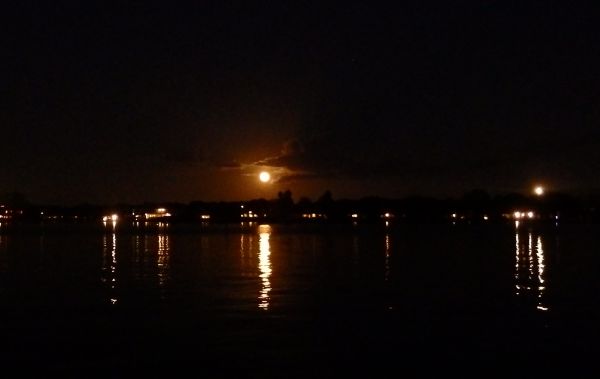 In 1513, Ponce de Leon claimed Florida for Spain. (Florida celebrated 500 anniversary in 2013.)
In 1565, Spanish explorer Pedro Menendez landed and founded St. Augustine with 800 soldiers and colonists to settle the New World in the name of Spain. Later, Menendez destroyed the French Fort Caroline and ended the French incursion into Florida.
In 1586, Englishman Francis Drake burned the village.
In 1668, the town was sacked again by pirate John Davis.
In 1672, construction of the Castillo de San Marcos was begun and took 23 years to complete.
In 1672, English troops from South Carolina besieged the Castillo for fifty days and finally gave up the siege and burned the town.
In 1740, the English attacked again but gave up and left.
In 1763, England defeated Spain in the Seven Years War, and Florida was transferred to English. England then divided Florida into two colonies, and St. Augustine became the capital of East Florida. During the American Revolution, St. Augustine remained loyal to the crown.
In 1783, the entire Florida peninsula was returned to Spain as part of the negotiations ending the American Revolution. (Spain ruled for another 37 years)
From 1875 to 1887, Indians from the Great Plains and the Southwest were exiled to Florida and imprisoned in the fort.
During the winter of 1883-84, Henry Flagler, co-founder of Standard Oil Co., visited the city and later built the Hotel Ponce de Leon, Hotel Alcazar, the Memorial Church and more.